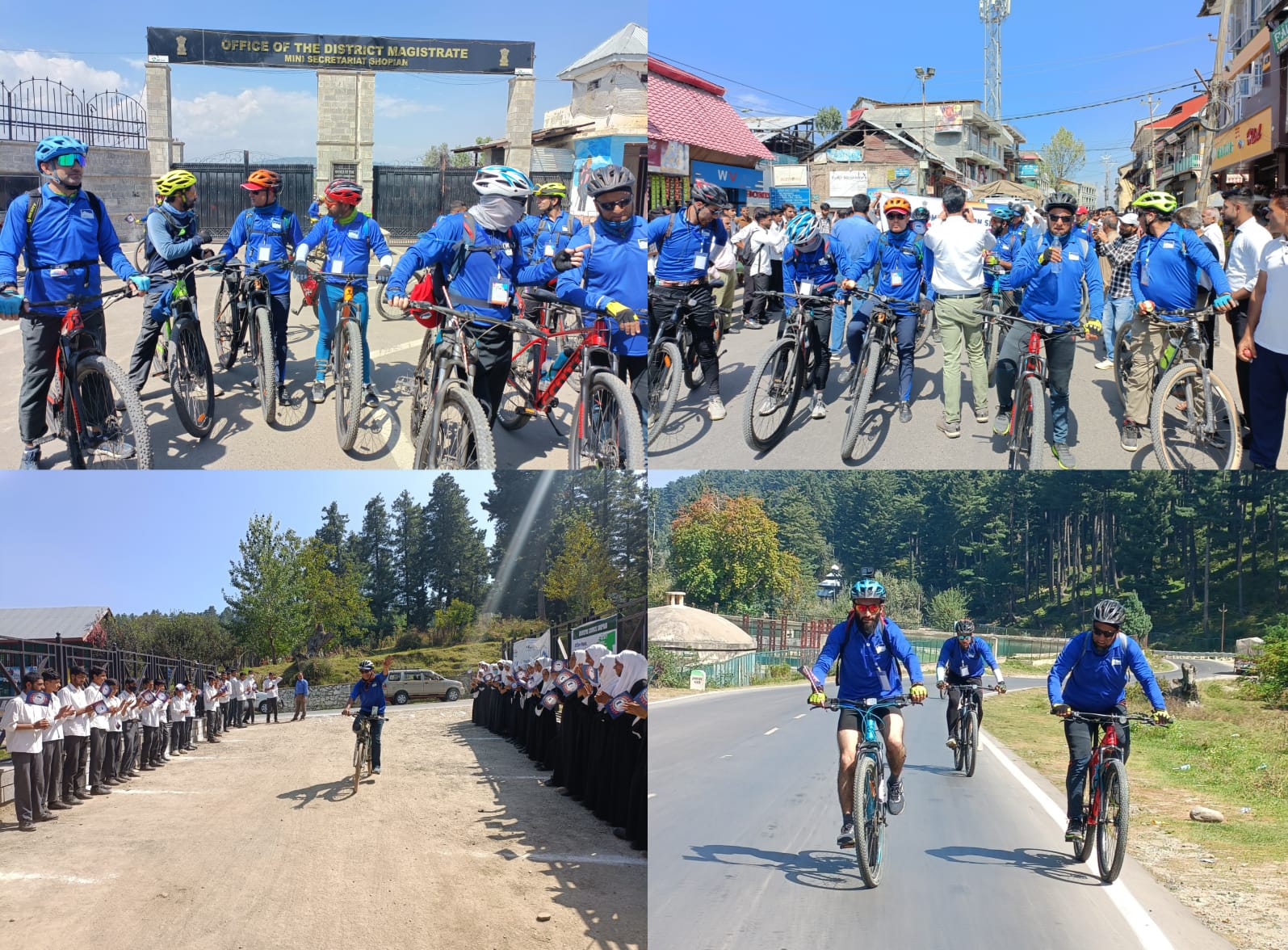 Shopain, Sep 22: Kashmir Cyclothon, which was flagged off by Chief Secretary at Srinagar early Thursday morning reaches Shopian and traversed through villages and towns of district Shopian.
The 300km Kashmir Cyclothon, 2022, which started from Royal Golf Course Srinagar, has been organised by the Department of Tourism.
At Keegam, Shopian, the rally was welcomed by the officials of Youth Services and Sports Department, education department and students.
Thereafter, it raced through famous stop overs at the mini-secretariat, where it was welcomed by district administration officers including the ACR, Dy. DEO who briefed them on various activities including SVEEP.
Residents of Shopian town and various other officials provided refreshments to them on their way to Dubjan Tourist Resort.
Officials interacted with cyclists who came from various parts of the country and included in its fold, young and old, women and men and raced on the Famous Mughal Road and stopped over at Borihalan.
The first day of the Cyclothon culminated at final stopover of Shopian section at Dubjan and moved to Aharbal, falling in jurisdiction of district Kulgam, on way to VasakNag, Verinag, Kokernag, Daksum, Achabal, Shikargah and Srinagar.
All the cyclist participants of Kashmir Cyclothon were encouraged by school children, officials, locals at specified stop overs. Some women cyclists from outside UT were also seen participating in the rally.
The Tourist Officers and officials of Tourist Department also accompanied the rally, alongwith the local participants.