Kashmir: A treasure of herbs 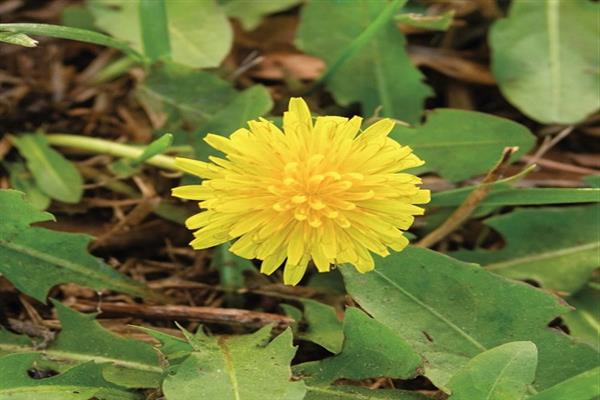 Kashmir, known for its beauty across the world, is also considered as a treasure trove of herbs of high value. Many of these herbs have medicinal value and are used in the treatment of both common and serious ailments.

These plants in forests have promising potential for innovative value addition and need to be cultivated outside forests to serve the twin purpose of biodiversity conservation.

Among these herbs is Dandelion, which is called as Handh in Kashmiri language, a flowering plant and a weed that grows in many parts of the valley. Its greens have been often used in Kashmir as a cuisine particularly for lactating mothers in olden times.

The herb grows naturally in April and May, both in plains and at peripheries. Rural women continue to collect Dandelion, which is cleaned with water and left to dry.

Each year, Saja Begum from Budgam collects the herb and dries it on the balcony of their house. She also distributes it to neighbours and relatives for the use of pregnant women. It is still being consumed by women during pregnancy and after the delivery.

“After the local herb is dried it is stored or kept in cotton bags or cloths and is also used in winters when there is often shortage of vegetables. Many people cook dandelion with chicken while others cook with mutton,” she said.

In terms of nutritional content, the dandelion patch in your backyard can join the ranks of the rest of your vegetable garden. “From root to flower, dandelions are highly nutritious plants, loaded with vitamins, minerals and fibre,” the elderly woman said.

The use of dandelion is believed to have started from 10th century by Arab physicians and is known for having medicinal properties.It has been used to treat myriad ailments including liver and digestive disorders.It is also used as appetite stimulant and a laxative.

“All parts of dandelion are useful in its own way, let it be root, flower, stem or greens. It is rich in vitamins. Cultivated dandelion greens are a bit larger than their foraged counterparts. The greens are little bitter by nature, but smaller the leaf, mild and tender is the flavour.Best is to consume neither bigger nor smaller but medium leaves,” she said.

It has been seen that many women sell the herb in dried form in some markets of Srinagar and people prefer to use it mostly in winter months.

Dr Muhammad Jamal, Medical Officer Department of AYUSH said dandelion, the backyard herb, is packed with unbelievable health benefits for lactating mothers since old times and has been used in Kashmiri cuisine since ages due to its medicinal properties.

“Due to these medicinal properties it has been used to treat myriad ailments of liver and digestive disorders. It has the ability to fight infection due to its antimicrobial and antiviral properties,” he said.

Dandelion is a rich source of provitamin A Betacarotin, which is a natural antioxidant, vitamin B9, vitamin C B1B6 &B12, iron, calcium, vitamin K and is packed with small amount of protein content.

“The roots of this herb are rich in carbohydrate inulin which is a soluble fibre which supports the growth of healthy bacterial flora in the intestines which in turn helps in treating constipation and other symptoms of impaired digestion,” Dr Jamal said.

He said the Dandelion greens are beneficial for healthy bones because of two major factors; one it being rich source of calcium and vitamin k and other is it promotes healthy gut bacteria which supports healthy bones and also improves digestion.

“It is a herb having tremendous medicinal value and is either used in fresh or in dry form. In Kashmir, there is a tradition of feeding lactating mothers with dandelion fortified with mutton chops. This is done after boiling the leaves of herb and detoxifying it after throwing away the bitter liquid.  It is reported to have binding and blood building action,” he said.

He said it is used as a diuretic as it contains high levels of potassium salts and therefore can replace the potassium that is lost from the body when diuretics are used.

“All parts of the plant have medicinal value especially its root which is used as aperient, cholagogue, depurative and laxative,” Prof. Baqual said.

The plant also finds use in the treatment of gallstones, jaundice, cirrhosis, dyspepsia with constipation and oedema etc. The plant is also reported to have antibacterial action.

Local women, according to the research, have a great belief in indigenous medicine. They seem to rely on the plants to cure a variety of pregnancy-related ailments such as nausea, swelling of the feet and ankles, and weakness, as well as to prevent miscarriage, induce labor, and make delivery easier.

Medical plants, on the other hand, were  widely  used  without concern, based on the notion that  these  remedies are  natural and  many women were  ignorant  that medicinal  herbs could harm their pregnancy.

However, using herbs during pregnancy can have negative implications because some traditional plants are poisonous, posing a risk to both mothers and newborn babies.

“We urge that  more  studies  be conducted  on  these  medicinal  plants  with  a  focus  on  their  efficacy,  toxicity,  and pharmacological mechanisms of action, which could lead to information that might be used to help increase and improve local maternity and delivery care,” it said.

Over the years, people in Kashmir have aped the conventional ways of curing and treating themselves, a mode devised by their ancestors which still continues.

Other local plants which are rich in protein, vitamins and having other health benefits include:

Aesculus indica : Extract of the Aeschylus indica leaves are used to treat fever. The seed oil is used for healthy hair and for treatment of headaches. It is locally known as Haandoon.

Arisaema jacquemontii: Locally known as Hapet Gogej, it is used for muscle strength, the ground rhizome is mixed with brassica oil to use for massage. For boils and blisters, dried root is powdered, mixed with oil and applied on the affected part.

Allium sativum: Roohun in local language, Allium Sativum’s cloves are rubbed on bald portions for hair growth. Cloves are eaten raw or mixed with vegetables as a spice for high blood pressure and obesity. At some places, it is also used in winter months to treat running nose and throat infection.

Artmisia absinithium: It is used for abdominal pain, the extract of the whole plant is taken in small doses. Known as Tethwan in Kashmiri language, it is also used for chronic fever and gout. In villages it is also used to cure ailments of domestic animals in winter months.

Iberian knapweed: Known as kraich, it is dried and eaten as it is believed to be good for eyesight.

‘Buem’ or star lotus: It is believed to be good for arthritis patients as it relieves the swelling of joints.

Adiantum cappilus veneris: Paste of this plant made with ghee is applied as a hair tonic. Extract of the plant is taken for stomach pain and as an expectorant. It is known as Gautheer, locally.

Shajkan: In the last week of March, women folk venture out in nearby thick forests in many areas of Baramulla, Handwara, Kupwara and Budgam to collect the rare mushroom locally known as Shajkun. This mushroom generally grows in the shape of an ear. It is rich in protein, iron and calcium.

The mushroom sprouts after lightning strikes the ground. Despite the popularity of mushrooms in Kashmir there is no organized farming or processing of these mushrooms. It remains a source of income for many families, especially between March to April. Some of these families transport Shajkun to Srinagar for trade purposes.