The Kashi Vishwanath Dham is a project for the whole of humanity. For it is a celebration of the continuance of civilization itself. Thus, it is project for the entire world 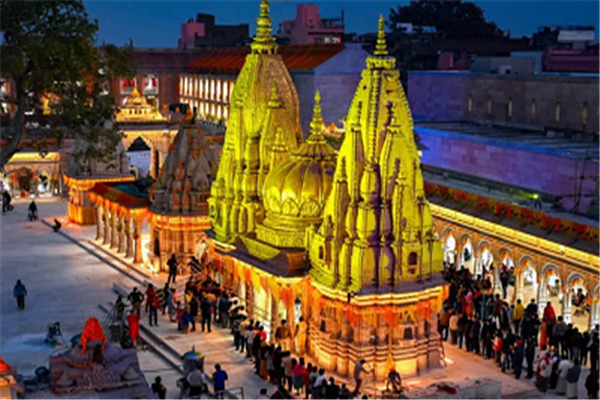 On December 13, Prime Minister Shri Narendra Modi inaugurated the Kashi Vishwanath Dham. This unique project befits a civilizational city, that Kashi is, and the historic Kashi Vishwanath temple. Highlighting the significance and antiquity of Kashi, Mart Twain wrote, “Benaras is older than history, older than tradition, older even than legend and looks twice as old as all of them put together.”

With the project’s inauguration, PM Modi rededicated one of the most ancient living cities on our planet and the epicentre of Hinduism and our age-old civilization, Kashi or Varanasi to the global world. An amalgam of antiquity and continuity, Kashi belongs to entire humanity.

It is regarded as one of the oldest continuously inhabited cities in the world. While other ancient cities around the world could not survive the imperial and colonial onslaughts, Kashi carries on with its characteristic fervour. This makes the city truly significant and unique. Through its continuity, this city signals its firm resilience to retain its cultural, artistic, and educational identity even in the face of barbaric invasions and onslaughts

Kashi Vishwanath Dham reflects a solemn vow to rise above the tyrannical past of this city. In other words, it is a humble effort to rejuvenate the age-old spiritual, educational and creative heritage of this land. History has taken a new turn on the pretext of this Dham. It is perhaps the first time in history that a thousand years of injustice has been undone without any extirpation, depredation or with any sense of avenge. It has been achieved solely through construction and creation.

Kashi has been known through the ages as the city of liberation or mukti. People from all over are drawn to Kashi, seeking liberation. This project though is an attempt to celebrate the liberation of Kashi itself. This vision, and efforts of Prime Minister Shri Narendra Modi, has brought back the millennia old glory to Kashi Vishwanath Temple.

On Constitution Day this year, Prime Minister of India Shri Narendra Modi said “It was a compulsion for India and for many countries of the world to live in the shackles of colonialism for many generations. Since India's independence, a post-colonial period started all over the world and many countries became independent. Today there is no country in the world that apparently exists as a colony of another country. But this does not mean that the colonial mindset has ceased to exist.”

So, it is imperative for humanity, which survived colonialism for many generations, to de-colonize itself, to become independent, to usher again.

Historically, besides many other things, plunder and demolition have been the main tools and objectives, means and ends of colonization. Naturally, civilizations with treasures of wealth, knowledge and archaeology were the prime attractions for such barbaric hoards.

Coming back to Kashi. That this legendary ancient city has been a constant victim of plundering and looting, demolitions and destructions drops an ample hint of the kind of fabulous city it must have been. This is also attested by the specimens of glorious antiquities from Kashi scattered in museums and private collections across the world.

The city of Kashi in general, and Shri Kashi Vishwanath temple in particular, were demolished and constructed several times in the past. Initially Shri Kashi Vishwanath temple was destroyed by Ghurid Turk Sultan Qutb-ud-din Aibak and was rebuilt by a Gujarati merchant. The story of destruction and reconstruction continued till 1780, when, according to a legend, Lord Shiva came in the dream of great Maratha Queen Ahilyabai Holkar and she became a devotee of Lord Shiva and rebuild this temple. According to another legend, it was attack on this city which prompted the great Shivaji Maharaj to take up the sword. It is said that the demolition of Kashi Vishwanath Temple by Aurangzeb made Shivaji Maharaj's mother Jijabai so furious that she dared him to capture Sinhagad- a fort under Mughal control. Rest is history.

The rejuvenation of the temple complex is not just another step to move out of colonial hangover, but it also symbolises the primacy of civilization over barbarity, the reassertion of a seat of knowledge and reverence over savagery. The project is an effort to achieve these laudable goals through a constructive approach, while ensuring complete harmony. This presents an example for the entire humanity to see and, may be, to follow. May our Kashi continue to flourish and prosper. May Lord Shiva bless us all with his divinity and glory.

(The Author is Union Minister for Youth Affairs and Sports; and Information Broadcasting)