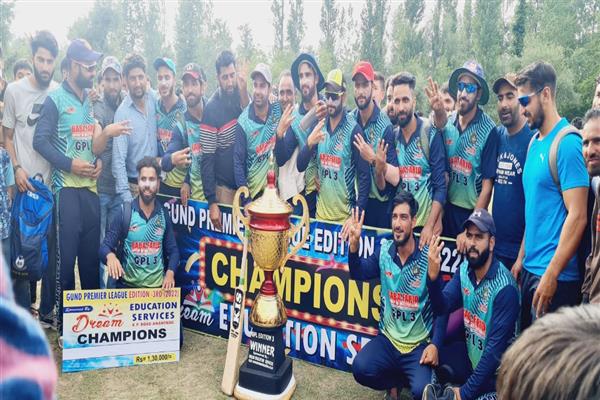 While bowling, Kashmir Kings side  Manzoor Gadoo was the highest wicket taker, who scalped  three wickets for his team whereas  Gowher leggy took two wickets.

For Kashmir Kings Muneeb Munaf was the highest scorer,  he contributed 37 runs to the team from bat whereas Manzoor Gadoo scored 33 runs, Dardish Goni's 22 runs could not help his team to register victory as they could score only 199 runs in the final game of the tournament.

A total of 20 teams across the valley participated in this tournament. The teams were distributed in four groups, with five teams in each group who battled with each other. JK Timer  already has won the title in the previous two editions.

Imtiyaz lefty was declared Man of the tournament, Aqib Mir as Man of the match, Gowhar Leggy as the best bowler, Nasir Kumar was given best catch award whereas Rayees Ahmad bagged emerging player award.