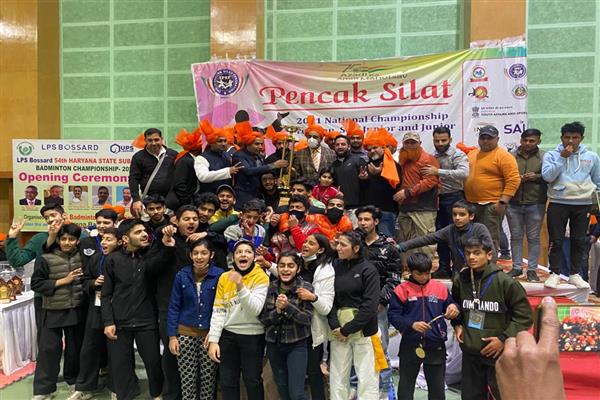 Around 1,700 players from 29 states across India participated in this tournament.

In the championships Haryana emerged as overall runners up while Maharashtra stood on  third place in the total medal tally.

While marking the return of Pencak Silat action for the first time since the pandemic, 2021 edition of junior, Sub Junior and Pre Teen  Pencak Silat Nationals was held from December 24 to 27 with players from 29 States and Union Territories in both boys and girls category participating in championship.

Players who performed well were taken to the radar for the Indian national camps for the forthcoming Asian , World and other International tournaments in coming months.

Deputy Commissioner, Rothak Capt Manoj, IAS, was the Chief guest on the closing ceremony and who also distributed   medals among winners.

The Championship was organised by Pencak Silat Association Haryana under the aegis of Indian Pencak Silat Federation under the banner of Ministry of Youth affairs and sports, Govt of India and Sports authority of India.