Rupees one lakh each has already paid to NoKs of these martyr/deceased police personnel through their concerned units for performing last rites. 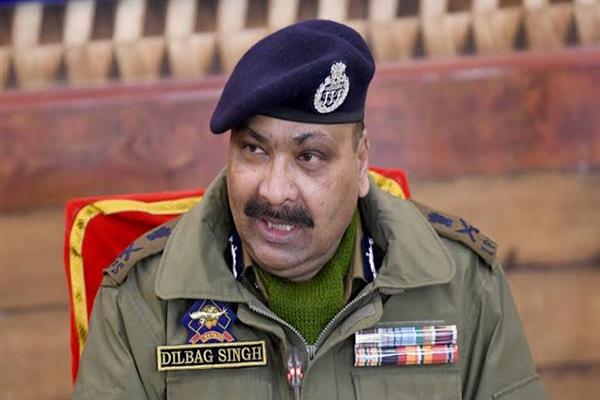 Continuing with its endeavour to provide financial assistance to the families of the Police personnel/SPOs who have attained martyrdom or have passed away while in service, the Director General of Police, J&K, Shri Dilbag Singh has sanctioned Special Welfare Relief of rupees 2.16 crore and ex-gratia relief of rupees 38 lakh for legal heirs of martyred/deceased police personnel/SPOs.

Vide PHQ Order ex-gratia relief of rupees 38 lakh has been sanctioned in favour of dependents/legal heirs of Martyr Follower Bantoo Ji Sharma who attained martyrdom in a terrorists attack.

Rupees one lakh each has already paid to NoKs of these martyr/deceased police personnel through their concerned units for performing last rites. The Special Welfare Relief is sanctioned out of Contributory Police Welfare Funds.

DGP has also sanctioned Special Welfare Relief of rupees 6 lakh each in favour of NoKs of deceased SPOs Kuldeep Kumar, Rita Devi and Abdul Hamid Mir who have passed away during the course of their engagement in the department.

Rupees 50 thousand each has already been paid to their families for performing last rites. The relief amount is sanctioned out of the Contributory Welfare Fund of SPOs.