J&K Carrom team leaves for UP 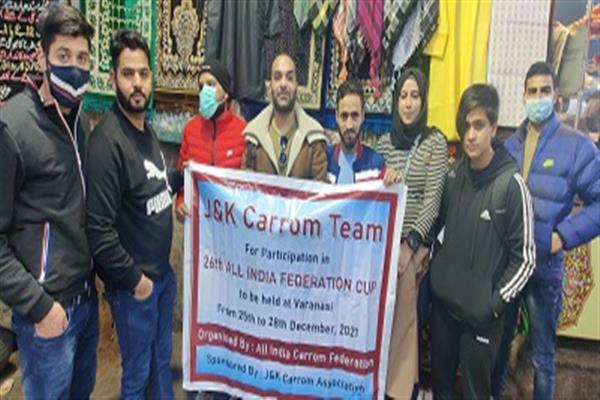 The tournament is starting from December 25 and will conclude on December 28 2021.

The team were flagged off from Joggers Park, Raj Bagh, Srinagar.

The players were selected by selection committee of the J&K Carrom Association, headed by  Adil Rashid Shah General Secretary, Arif Sultan and Sheikh Saqib  were also part of screening committee.

The players were selected on the basis of their performance in the recently held 2nd Open UT level Carrom Championship at Institute of Hotel Management Raj Bagh Srinagar on November 27 and 28, 2021.

While in women team, the selected players are Arooj and Sabira with Bilquis as team manager.