UT of JK is witnessing an all-round development activity. It is not limited to any region, community or area 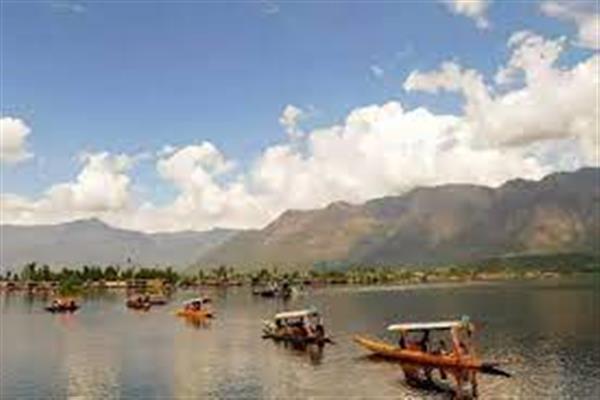 Two years have passed since Jammu Kashmir was restructured on 5th August 2019 and the former state reorganised into two separate Union Territories (UTs). Free flow of the Indian Constitution to newly created UTs was guaranteed by elimination of legal, political & social obstacles created by vested interests soon after the Accession of the erstwhile Princely state to the Union of India.

Even though almost 18 months out of 24 were consumed by Chinese Virus generated Pandemic yet there is much to be talked about the transformation that is taking place at grassroots level in both these UTs. It can be safely termed phenomenal and unprecedented.

The most important development that has taken place in Jammu Kashmir post 2019 is substantial dilution in the entitlement bred influence of the neo-elite ruling class of J&K. This class had deceitfully, disproportionately, unashamedly and unfairly monopolised absolute hold over structures of governance in J&K. Intoxicated by the newly acquired status they trampled upon the dignity, honour and rights of the common citizens.

In order to shift away attention of disadvantaged, underprivileged and voiceless citizens from their misdeeds a separatist/secessionist sentiment was carefully cultivated, groomed and cunningly allowed to flourish. Dissenting voices were systematically identified, marginalised, excluded and in several cases ruthlessly eliminated. A small section of gullible dissidents were selectively co-opted and used as wilful collaborators. People of Jammu Kashmir are therefore enjoying this unforeseen freedom from the Fiefdom.

Devolution of power from capital city of Srinagar to Panchayats in rural areas and Urban Local Bodies is another aspect that is expressively visible. Though this process of decentralisation of decision making and People’s active participation is going to take time to stabilise and yield result, yet the movement on ground is clearly noticeable. With three tier system of governance in place change in attitudes of the stakeholders including administration, politicians and people at large has been set in motion.

Gram Panchayats at village level, BDC at Block level, and DDCs at the district level has for the first time created a structure of elected representatives with constitutional authority and financial powers. This has set in motion a dynamic system that has potential to change the dynamics of politics in JK.

Everyone is trying to internalise the new reality. This change is accepted to be huge and irreversible. People in remote areas are recognising freedom to have their say in local development of their villages.

Residents of Jammu Kashmir, as we are aware were having dual citizenship under the discriminatory Article 370 & 35A. Known as State-Subject certificate in popular parlance, it was certificate of Permanent Residence of J&K that entitled residents to certain privileges not available to fellow countrymen from other parts of India. Such was its inequitable and gender biased nature that girls of J&K who married a non-state subject boy of her choice lost her rights as permanent citizens of the state. After a lot of noise and intense protest courts restored the citizenship of these girls but their children and spouses were still not given the right.

After reorganisation of J&K and obliteration of 35A Union Territory of JK is having an altogether different Domicile law that uniformly applicable to everyone irrespective of distinctions of caste colour creed and religion. Even the spouses of girls from JK UT who have married outside are now entitled to procure Domicile Certificate, if they so choose.  No more discrimination, no more denial of rights.

“After 70 years of deprivation, India’s Kashmir witnessing massive change” is the headline of a news story published by the Saudi Gazette on 25th of July 2021. The Union Territory has been marching on the path of development as a result of the newly laid government schemes that includes various developmental initiatives executed under the Prime Minister Development Package (PMDP) focusing on individual beneficiaries and reviving long pending projects lying dormant for several decades by removing the obstacles, through ensuring effective and transparent administration, Saudi Gazette reported.

There cannot be any better endorsement of the changes that have taken place on ground in last two years. We have been witness to the transformation of government machinery in last two years. While the corrupt, treacherous and perfidious elements who were incorporated into the system by fraudulent backdoor of appointments are being weeded out; the honest and zealous are being provided an environment to work for the people’s welfare without fear or favour.

Recognising bottlenecks of previous times the LG administration has ushered an era of handholding, facilitation and enhancement of skills, proficiency, capacity and delivery ability of human resource available and also increasing absorption capability of the system.

The Saudi Gazette says in this context; “In 2015, a huge package of Rs.800 billion was allocated by the Modi government to the state government for initiating various development projects. …However, in the first four years (2015 – 2019) the J&K government could spend only 37 per cent of the huge financial package, under which several developmental works were to be completed by the end of 2020”.
But the unprecedented makeover ground is reflected in figures about completion of works especially of UT Sector works/projects. In 2018-19 6090 projects were completed. The number increased in 2019-20 at 14% growth rate to 6933 and jumped in 2020-21 to 9514 – a 37% increase.

It is this change that made Saudi Gazette to state; “While remaining in power for nearly 70 years, Kashmir-based politicians misled the common people with slogans like self-rule, autonomy, etc, but forgot to address people-centric issues despite the magnanimous central government’s monetary grants meant for the development of J&K”.

UT of JK is witnessing an all-round development activity. It is not limited to any region, community or area. Every corner of the UT is buzzing with developmental projects in progress.

An e-book consisting of pictorial compendium of 9514 projects worth Rs 3900 cr completed in J&K under various UT sector schemes during 2020-21 that was released by LG Manoj Sinha recently provides a glimpse of the financial reforms and interventions initiated by the Finance Department post reorganisation.

Activity-wise online release of funds through “BEAMS” (Budget Estimation, Allocation and Monitoring System); “EMPOWERMENT” (Enabling Monitoring and Public Overview of Works Being Executed & Resources for meaningful Transparency) web portal whereby the details of projects and related expenses are put in the public domain, making administrative and technical approvals, e-tendering, geo-tagged photographs mandatory for payments; online billing through “JK Payment System”; streamlining of GST; e-stamping; e-GRAS; digital payments; implementation of GeM; publication of important manuals relating to Budget and Audit, Back to Village and My Town My Pride initiatives are some aspects of these reforms that have ensured 100% physical verification of projects. This level of transparency in a state which was known for poor documentation almost no archiving of order and immense corruption levels is preparing the UT for a new era of competitive growth and development.

Economic activity is not limited to government spending only. It has been expanded to include private sector, MSMEs, Corporates and other businesses both big and small. The JK government has recently approved an Industrial Land Allotment policy which has created structured industrial land bank. Under the policy, land will be leased to investors within 30-45 days for a period of 40 years, which can be extended to up to 99 years.

The policy provides for the constitution of divisional level project appraisal and evaluation committees to scrutinise applications received for allotment of land within 30 days. There are Apex level, high level and divisional level land allotment committees which will decide and allot industrial land to the applicants within 45 days in cases of projects worth Rs 200 crore, Rs 50- 200 crore and up to Rs 50 crore, respectively.

This to ensure transparency and accountability and will go a long way in attracting investments across the UT. The Industrial Land Allotment policy is further complimented by the new industrial policy which opens Jammu and Kashmir to rest of the world.

UT has received investment proposals of around Rs 3,500 crore in health-care and medical education sectors only. This is in spite of the fact that, even as much-hyped global investor’s summit to attract investment came to grinding halt due to COVID-19. There is sector specific push into Health care and education sector. Both the government and the private sector is showing remarkable interest in various sectors. With the establishment of AIIMs, IITs, NITs, and other big institutions it is only going to grow bigger.