It is time of politics determined by narratives

With the advent of social media for the last almost one and a half decade, the fiefdom of personalities and perception in politics has been smartly breached by the political narratives 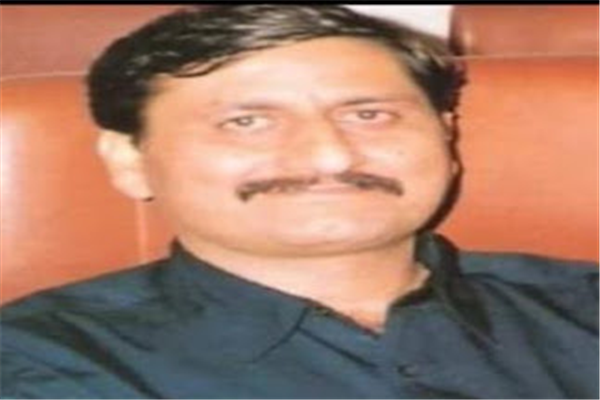 There was a time when politics would be determined by personalities active in the public life. They would, by and large, guide the political channels by their overwhelming status, position and speech. In India, the feudal lordship was very influencing which was later successfully taken over by the elected representatives of the people after 1935. In most cases, the feudal big wigs entered public life via political activism and took control of the political system at the grass root levels. Around 1947 and thereafter, the influence of personalities governed the course of events hugely.  It had a major influence in every field of public affairs.

However, with the passage of time, the political personalities evolved perceptions in politics and circulated the same with their infrastructural support among the public. They would take the help of intellectuals, media personalities, official media channels, party activists and local organisations active in the area to spread a particular perception in politics and would accordingly guide the public mind in a particular direction. With the introduction of the perceptional politics, the influence of political personalities minimized to some extent. Therefore, for a long time, perception and personalities remained the core basis that would determine politics.

With the advent of social media for the last almost one and a half decade, the fiefdom of personalities and perception in politics has been smartly breached by the political narratives. It has been observed over the past one decade that political narratives have well taken over the socio-political scenario and the period of personalities and perception has come to an almost a virtual end. Social media has played a very crucial role in this transformation in political scenario.

Nowadays, we have four types of media active in the public field, i.e. print media, electronic media, digital media and social media. Every sort of media overlaps and interferes in the domain of the other media so quickly that the information is reached within seconds to the public. Every action in the public domain is available live to the receiver and nobody needs to wait for the outcome of an action or a reaction. In such a developing scenario, it is the political narrative that determines politics every now and then. There are some recent examples to quote which will further clarify the argument.

In and around 2013-14, Congress government was showcased as a corrupt regime by the opposition and further it was suggested that Congress had no credible leadership available to steer the country out of the political vacuum. Narendra Modi and BJP were seen as a viable and palatable alternative in the scenario. This narrative was very successfully taken ahead on all channels. Though BJP had not the privilege of its established leadership in the form of Vajpayee and Advani to take ahead its case forward yet the political narrative was taken forward with complete finesse on all available media channels overwhelmingly. Social media was given a very special attention to take the message to the homes and minds of the people at large. Ultimately, the political narrative worked and determined the course of events for the next decade/s. That is how the history was created with a positive political narrative followed by people's support and aspirations.

Second example is about the election in West Bengal where TMC swept the elections despite heavy stalwarts and party against it. TMC successfully built a political narrative of victimhood with Mamta Bannerjee as the leader and floated the idea that West Bengal would be governed by the 'outsiders'. Though the idea was based on a falsehood but the political narrative was taken to the whole of the state with a clear message. The narrative was repeated hundreds of times on all available channels of information and communication. It worked and TMC won overwhelmingly.

The third example pertains to the farmers' agitation against the farm laws. Though the farm laws favoured the farmers in an immediate and ultimate analysis still they were propagated as anti-farmers by the agitationists. The political narrative in this connection was so overwhelming that the government couldn't push its ideas forward in a clearer form. The agitation and its narrative caught the imagination of the common farmers and the narrative that the farm laws were anti-farmers went deep into the minds and utterances of the farming community. Such was the influence of the political narrative unleashed by a number of agencies, within and outside the country, that the government was forced to review its position on the laws. Rest is history which was created by the PM's speech to the nation in which he declared the intent of the government to withdraw the farm laws. The boldness and guts of the PM in this context are also praiseworthy.

In regard to Jammu and Kashmir, the political domain was overwhelmed by the towering personality of Sheikh Mohd. Abdullah for decades together after 1947. He was successful in creating a perception that the people of Jammu and Kashmir opted to go with India in 1947 though they had an option also to go to Pakistan. He used all his paraphernalia to take the perception to the people and the political spectrum and blackmailed the central government on this account. The fact of the matter is that the then Princely ruled states in whole of India were given an option to choose one of the dominions, India or Pakistan, to accede. This right to accede, as per the Indian Independence Act of 1947, was limited to the rulers only and the subjects had no role to play in this decision. Accordingly, the people of Jammu and Kashmir state, and particularly the people of Kashmir valley, had no role in the issue of accession. Yet they were made to believe under a flawed perception that they had an option to go to Pakistan. This had a terrible impact on the minds of the people in Kashmir since accession of the state with the Union of India. Article 370, Article 35A, seperate constitution of J&K, separate flag and symbol, all worked as the constitutional justification of a wrong perception about the accession, status and political position of the state. Political personalities, parties and people of prominence, wittingly or unwittingly supported gender-baised, caste-baised, region-biased and human rights baised clauses of Article 370 and 35A. Those who championed the cause of human rights every now and then supported these Articles of the constitution that were incorporated either by default or surreptitiously.

The August 5-6, 2019 developments provided an opportunity for the course correction with a clear political narrative that all  human and fundamental rights are for all and there can be no discrimination between various kinds of citizens in a democratic and egalitarian society. All citizens are equal before law and the governments can't discriminate between them on any pretext. There is a need of soul-searching as well.

In an open letter to Kashmiris on August 8, 2019, Mohammed Wajihuddin, a scholar of prominence, in Times of India appeals to his Kashmiri friends in the following words, "Dear friends, when you reflect honestly you will also realise the folly, the Himalayan blunder some leaders of the secessionist movement, aided and abetted by Pakistan, committed. They mischievously turned a battle for territory, a purely political battle, into a sort of jihad, a religious war. Just because it was a Muslim majority state, the fight didn’t merit to be turned into an Islamic battle. The bands of handsome boys, many barely out of their teens, who should have been learning to make their life useful for their families and society at large were indoctrinated to don military fatigues and carry automatic machines. Such jihadists got valorised as ‘’martyrs”’ when they fell to bullets of the military. And their “mission” was romanticised as if their fight was a fight to reclaim, not a piece of land, but the soul of Islam".

The time of political narratives demand a review and rethinking for course correction and positivity since politics is truly for the welfare of the people. So, it would be in order to conclude this piece with the following lines that this author recommends for every political activist:

It is owning responsibilities

It is risking one's carrier

It is risking one's future

It is risking your family

It is risking your economics

It is risking one's life & fortunes

It is risking an opinion about you

It is risking your entire life spectrum

It is a feeling that politics can bring a desirable change

It is a feeling to create opportunities

It is a feeling to convert chances into opportunities

It is a feeling to uplift one's society

It is a feeling that it's not a cup of tea for all.

It is a mission to achieve the achievable

It is a vision to achieve the unachievable

It is a mission of nationhood

It is a mission of patriotism

It is a mission aimed at to convert vision into action

It is a mission, vision & action together

(The author is a senior BJP & KP leader and Incharge: Deptt of Political Feedback, BJP-J&K and can be reached at ashwanikc2012@gmail.com)