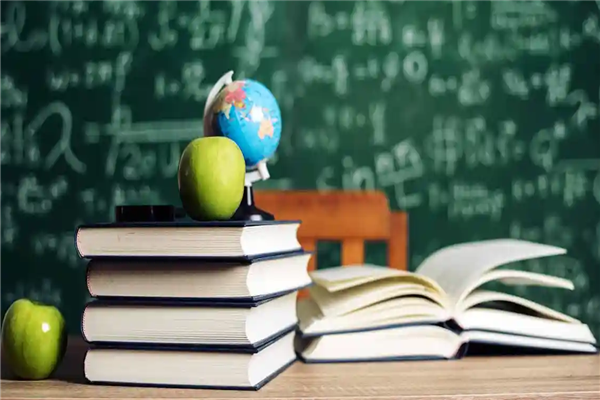 Education plays a vital role in the development and success of a man. It is such an important instrument through which a man gets conscious of his duties towards himself and the society. Education is not desired in itself rather it is a mean to achieve some goals. In every civilization the aims and objectives of education are deeply rooted in its understanding and philosophy of life. Through the instrument of education every civilization aspires to bring up its members in accordance with its ideals. It is a vehicle for preserving, broadening and transmitting a society’s cultural heritage and traditional values. A civilization that fails to cater for the sustenance of its ideals doesn’t remain in the queue of progression and development. Consequently, the failure leads to civilizational decadence and thereby starts to lose its preserved culture and tradition.

Every philosophy of education has its definite goals and framework in which its mechanism works. So is the Islamic philosophy of education which is cemented in its own edifice and perspective of life. In Islamic concept of life, man is not only the creature of this earth but also spiritual being gifted by Allah (SWT) with limitless powers to control and govern the universe. These powers entail sense of responsibility towards Allah (SWT) and his creation. Man as a being is the composition of dual nature i.e. spiritual and material, his educational setup in Islam has been fashioned in a way that revolves around his dualistic nature. However, his education is based on the wholehearted acceptance of revelation as a guide to all kinds of knowledge and conduct. The Quranic ordinance that this book touches every aspect of human life is indicative of the fact that education in Islam functions in its own framework. Islam has a holistic approach of education encompassing the totality of life from spiritual to material. Apart from the reality that education is a mean to achieve the pragmatic ends of this world; the distinctive feature of Islamic education lies in its conception of life as a mean to his salvation in the next life to come. Hence, there are temporal and transcendental goals of education in Islam.

Moreover, like every educational philosophies there are individual aims and social aims of education in Islam. As for the individual aims and objectives are concerned, it includes the integrative development of individual personality. The first and foremost aim is the infusion of knowledge of Allah (SWT) in man so as to make him acquainted with the realization of Allah (SWT), himself and the universe. This infusion of Ilm (knowledge) instils God-consciousness in man and he becomes aware of his relation with the Allah (SWT) and his creation. The transmission of knowledge is a continous process through which an individual is being aspired to grow in tazkiyah (purification); the purification of the individual from negative attitudes and falsification of beliefs. Tazkiyah (purification) is the state of mind and heart which the educand attains through training. Thus, we can say it is the character building process. The aim of fostering God-consciousness in man per se depicts that there must be some responsibilities of Allah (SWT) which a man is expected to discharge. These include the rights of Allah (SWT): belief (iman), worship (ibadat) and gratitude (shukur). In Islamic philosophy, faith in Allah (SWT) is sine qua non for the salvation of man. A man created with various potentials and faculties by his lord has to render some definite purposes that remain in the cause of his formation. Mans completion (insaan-e-kamil) which is the ultimate aim of education can be achieved through mans obedience to Allah (SWT).

It is believed that a man who truly accepts the message of Allah (SWT) should accept all the ideals embodied in the Quran. Promoting the spirit of loyalty to Allah (SWT) alone and implementing the Quranic morality becomes his responsibility. This obligation in Quranic terminology is called ‘khilafah’. In order to shoulder the responsibility of khilafah (vicegerency), man in Islam is obliged to grow in mental, moral and spiritual harmony. This harmony is realized by the vehicle of education in Islam that desires to lead out an individual as a righteous being whose life should be an ideal for others. He is supposed to lead out his life in conformity to the Islamic values. These values include taqwa (piety); it is such virtue through which a man gets conscious of his activities. Every action he delivers is embedded in his sense of feeling the accountability to Allah. Sabr (patience) is next value of making man tolerant towards others. It is by virtue of this value that a man remains steadfast on his actions and efforts.

The characteristic through which a man achieves greater prosperity is shukr (gratitude). It is an important virtue of eliminating resentment amid individuals by allowing them to remain contented and satisfied with their possessions. Education in Islam seeks to foster in man the divine attribute of Adl (justice). It is through the vehicle of Adl (justice) that bias and fragmentation from the society can be eradicated. It is a vital instrument that seeks to resolve conflicts and contributes in building society on peace and just foundations. Thus, educand in Islam shoulders the responsibility of maintaining equilibrium in society. These virtues are an essential aspect of education that cultivates happiness and well-being in man and society. In nutshell the aim of education is to build a healthy personality whose security is guaranteed by the harmony of its components and the sense of optimism towards the universe.

Besides the inculcation of Islamic values into man, education in Islam also seeks to nourish man’s intellectual faculties by developing independent thinking, inquisitiveness and receptivity of open heart and mind in him. Quran repeatedly invokes man to use his Aql (reason) in the observation of this cosmos. Other terms like ‘tafakur’ and ‘tadabbur’ are witness to this fact that education seeks to infer the spirit of continous inquiry, research and learning in man. It catalyzes a man to budge ahead from the state of lethargy to the vibrant individual. There are number of Quranic injunctions and Prophetic traditions that urge a man to acquire and disseminate knowledge. Thus, we can say an educator in Islam is obliged to develop a man both spiritually and intellectually. Ziaudin Sardar and Jeremy Henzell Thomas argue that, a good teacher is not only a transmitter (mu’allim) of knowledge but also a nurturer (murabbi) of the soul.

(The Author is a Writer and can be reached at: muheebahad318@bgsbu.ac.in)