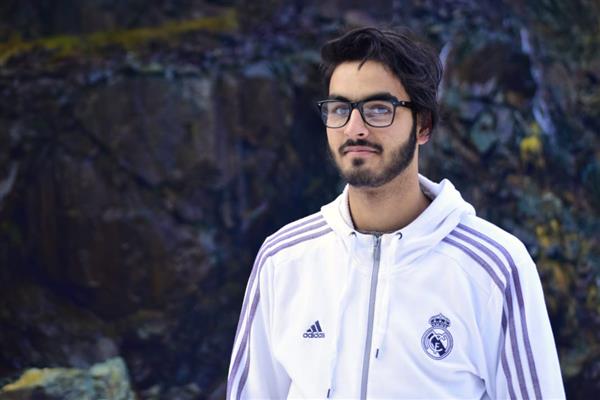 Once, Iqrar Rashid saw an ambulance on the road rushing towards hospital and a thought stuck in his mind: what if this fast-moving ambulance met with an accident by hitting a speed breaker?

This thought made him restless until he made a device which can detect the speed breaker on the road and alert the driver by sending him a warning signal.

The speed of all the vehicles moving on roads is non-uniform and to control the speed of vehicles, speed breakers are built on roads, Iqrar said.

“The speed breakers are supposed to prevent road accidents but it has been seen that crashes happen because of speed breakers as well. Such incidents can take the life of a person and also get worse when it's an ambulance where the patient is already in a bad condition and the situation can get worse,” he said.

The speed breakers are not painted regularly and drivers while driving don't see them leading to accidents.

A device made by Iqrar can solve the problem by detecting the speed breaker and signaling the driver to slow down. The device has three main components- detector, indicator and sound alarm system.

A detector can detect any obstacle when a vehicle comes close to the obstacle. A circuit is also used for coupling a signal device and an energy source to let the signal device produce a warning signal which lets the driver to slow down and prevent collision.

The device can be mounted or fitted to the vehicle that can identify the presence of a speed breaker ahead from a few meters and alert the driver.

The system is designed in such a way that it starts working when the vehicle starts, the laser system will be activated and the image sensing device will start sensing the laser light. When the obstacle is detected at some distance, the image sensing device will send the captured image to the controller system for verifying whether an obstacle is a speed breaker or not. If it’s not a speed breaker, then no action will be taken and no warning signal will be sent to the driver.

Hailing from Beerwah, Budgam, Iqrar said that he has come across various new reports where accidents happen because of speed breakers all over the world.

Belonging to the middle-class family, his father is a farmer. Iqrar is pursuing bachelors of science and he wants to be a scientist as his interest lies in research.

Talking about his other ideas he said that one of his ideas is about a gas measuring meter that can indicate the amount of fuel in the cylinder.

Iqrar finds a lot of problems the people of his place face in day-to-day life. “We face the problems relating to roads and electricity regularly and the solution has to be found. It may take years or months or sometimes minutes for a solution to come to your mind but you have to chase it,” he said.

In recognition for his contribution towards society, earlier he was chosen as one of the brand ambassadors by the Directorate of School Education, Kashmir for the campaign- “Swachhta Hi Sewa”.

“My aim is to go beyond and touch the sky. I aspire to make a society where there are no problems and in the coming days, I am looking for more ideas,” he said.

National Innovation Foundation (NIF) Cell J&K, Institute of Technology, University of Kashmir has scouted Iqrar Rashid in the year 2017. He was later awarded with Dr. A.P.J. Abdul Kalam IGNITE Award by the former President of India, Pranab Mukherji during an award ceremony organized by National Innovation Foundation (autonomous body of Department of Science and Technology, Government of India) at Gandhinagar Gujarat.