Insects are required to maintain the ecosystem 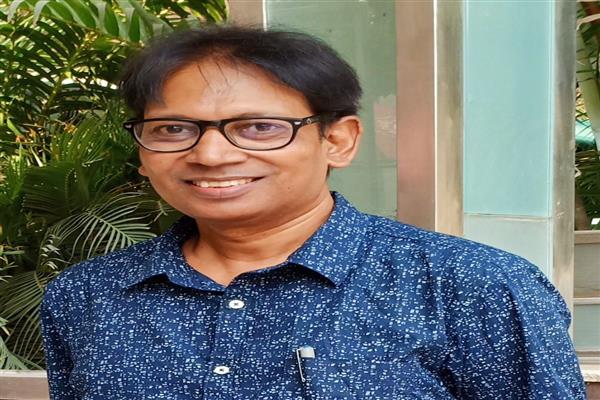 Have you ever noticed that there are very few species of birds are seen now around us? The number of avian species that we used to witness three-four decades ago has decreased to an alarming level. Many species of birds have disappeared from the urban surroundings completely. One of the major reasons behind this change is the declining number of insects and moths, as a heavy amount of chemical fertilizers and insecticides are used in farming. This trend is seen as a global phenomenon. It is estimated that 75 percent of insect species have been wiped out from the agriculture fields. These insects and moths used to be the basic food of most birds. Obviously, the birds that survive by feeding on insects have also decreased. This has happened due to the excessive use of pesticides in agriculture fields. This practice not only killed the pests but also deteriorated the quality of agricultural soil.

Sadhguru Jaggi, the founder of Isha Foundation, has recently traveled to many countries to create awareness around the deteriorating condition of the soil. His ‘save soil’ movement has gained wide acceptance globally. The greedy tendency of humans has played a big role in spoiling the state of the environment. In the name of development, more than 1.3 million square miles of forest were cut in the last 25 years. The World Bank estimates that humans have destroyed 10 million square miles of forest since the beginning of the 20th century, which has also destroyed biodiversity and is the reason behind the increase in the temperature on Earth. During the Covid pandemic period, nature in many ways attracted the attention of humans to the point that if the earth is harmed, then nature has to balance in its own way.

Meanwhile, notorious gangster Lawrence Bishnoi, who runs ransom, murder, and narcotics networks in Punjab, Haryana, Rajasthan, Chandigarh, and Delhi region, is understood to have been running his criminal network from Tihar Jail, which is considered the safest in the country. He operates his gang like a company, that too from a jail. The rest of the gangsters working at his behest are sitting in countries like Canada, Austria, and Dubai; and from there they carry out crimes in North India through their henchmen and sharpshooters. Lawrence is doing the business of murder and extortion while sitting in jail, so the question arises that how is he able to do all this from jail. Obviously, he uses his mobile in jail, because there can be no other way to communicate with the outside world. It is a very dangerous trend to have mobile phones with gangsters and notorious criminals in jails. The Jail Minister of Punjab has admitted that mobile phones are used in the jails of the state. He has announced that the jails of the state will be made mobile-free within 6 months. By the way, there is jammer technology to thwart the mobile. By installing jammers in jails, no unauthorized person will be able to use mobile phones.

These days Chardham Yatra is setting new records every day. Last month alone, 1.4 million people reached Kedarnath Dham. In the last 7 months, 3.4 million pilgrims have visited Kedarnath. This is happening for the first time in the history of Chardham Yatra that such a huge crowd has reached the Shiva temple. It has been learned that pedestrians are causing road jams. It seems that people who were confined to homes for two years during Covid are now running towards the hills. In the past, many horses and mules died on the Kedarnath road. In the greed of money, many rounds were being made by the mules. The horses were not allowed to take rest and they were not given proper food and water. Dead animals were thrown into the Mandakini River. When the issue got highlighted on social media, the Uttarakhand government came into action by taking action against unauthorized horse owners. Now the state government has allowed only one round of horses and mules, and on reaching the top they will be allowed to rest for at least 3 hours. This is a good change, which has been made possible due to the awareness created by animal lovers. Pilgrims should not become a reason for atrocities on innocent animals. They should walk on their own feet, otherwise what is the point of such a pilgrimage?

The temperature is breaking all the previous records as the sun is shining bright.  Heat is caused by sun rays, so if the sun rays are prevented from reaching the earth, the heat can be reduced. This is a hypothesis confirmed by a Harvard University researcher, Dr. Ye Tou. The expert says that if mirrors are installed on the roofs of the houses and in the fields, harmful radiation and heat can be avoided. The mirrors will reflect the sun's rays, allowing them to return to the sky and save the earth from heating up. The idea is good if it actually works.

With the help of social media, we stay in constant touch with people sitting far away and can spread our thoughts across the world in a blink of an eye. But this has reduced our contact with the people and relatives around us, and as a result, the problem of loneliness is raising its head. This problem became even grimmer during the time of the pandemic when due to the lockdown, the face-to-face interaction had almost stopped. Loneliness not only causes boredom but has also led to an increase in the incidence of cancer, diabetes, heart disease, and premature death. Middle-age people still know how to deal with such situations, but loneliness is a big challenge for youngsters. Loneliness disrupts sleep, leading to high blood pressure, diabetes, and heart diseases. If good relations with neighbors are maintained and at least one relationship is strengthened to start with, then the problem of loneliness can be reduced.