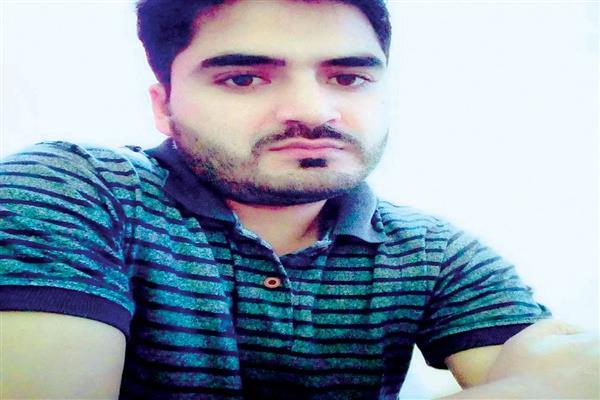 Kashmir is known to be the top region in the world for cultivating saffron but for years, its production has faced decline.

A large population of Pampore, also known as Saffron town of Kashmir, are involved in the production and processing of the crop which is not only cumbersome but also takes a toll on health. This led a young engineer to come up with the idea of making a Saffron Processing Machine.

Tariq Ahmad, hailing from Befina, Drangabal, belongs to the family of saffron cultivators. He has a firsthand experience of the effects caused due to the processing of saffron.

As the processing of the saffron takes place manually, the red part of the flower is considered the expensive part which is used in food, medicines, beauty products etc.

He said, “The red part called stigma has the root attached with it. If we remove the root at the beginning, the quality of the saffron will be degraded. The root is then removed from the stigma manually by the laborers which requires a lot of time and effort.”

He further said that the process of removing is done so meticulously that it takes 1 day to 5 laborers to remove the stigma from 1 kg of saffron.

“This is done with hands where quality as well as hygiene factor gets compromised. Also, this work causes pain in the neck, back and strains the eye of the workers,” he added.

Further, he said that for such intense work, young people are hired. “Elderly people are not able to do this because it requires good eye sight and huge energy so youth are preferred for this job. For some money they leave the studies midway which has pulled down the literacy rate of the village,” he said.

He said, “They are satisfied with few bucks but they don’t know that when they will grow old, they won’t be able to get work. They spoil their whole life for a few bucks.”

Keeping all the things in consideration, an idea of making a Saffron Processing Machine came into his mind which can boost the saffron industry and also the youth of his village can get a right direction.

“If the quality of the saffron is enhanced, it will benefit everyone. I got the idea when I was pursuing my B. Tech. but it requires huge money which I was not able to afford back then,” he said.

The work on his machine is going on. The proof of concepts has been made and now the prototype of the machine is under process.

“The stigma is very thin and one has to take a lot of things into consideration while making the prototype. I have finished the maximum work,” he said.

Tariq said that making such machines is not a job of every engineer. His knowledge and family background surely helped him.

Under the mentorship of Dr. Noor Zaman Khan, he is currently pursuing Ph.D. in Production Engineering from NIT Srinagar. He is also planning to make a machine for the plucking of saffron flowers and petals as well in the future.

The innovator has received financial support under the scheme titled as Support for Entrepreneurial and Managerial Development of MSMEs through incubation.

The scheme is supported by the Innovation Incubation and Entrepreneurship Development (IIED) center of NIT Srinagar where the innovators are getting technical assistance besides financial assistance from the MoMSMe scheme.

Another innovator, Naik Qayoom also received the support under the scheme for his Automatic Seed Sowing Machine.

One of the methods of seed sowing- line sowing has been the productive way of growing crops and this method has been adopted in Kashmir as well. The machinery used in the process costs in lakhs which poor people are not able to afford and hence resort to do manually.

It has been observed by the innovator that the process done manually puts a lot of strain on the back of the famers and the process was also time-consuming. Plus the accuracy in the method of line sowing was very important which farmers manually were not able to do.

“Doing line sowing, the distance between the seeds has to be maintained and the equal number of seeds is supposed to be sown at all stops which at times don’t happen when done manually,” he added.

To avoid all the health effects and the hassle, he came up with the idea of making an automatic seed sowing machine which has an accurator installed.

The accurator counts the seeds to be sown and also maintains the distance between the two sowing spots. The machine will dig the soil, drop seeds and will put back the soil over the seed, hence avoiding manual intervention. Also, a bag type container was made for carrying the seeds.

“The machine will cost much less than those already available in the market. Further the machine has parts and each part can be sold individually as per the needs of the farmer,” he said.

The innovator approached IIEDC NIT Srinagar where with technical support, it was made into an industrial commercial machine.

“Professor Saad Parvez told me that we will pitch the idea on a national level. At national level, it was one of the ideas that got selected among 20-25 ideas across India and also received a good grant,” Naik said.

NIT Srinagar provided the machinery and the lab facilities to Naik where he made further modifications.

“I was also shortlisted by another university but I skipped that because I trusted NIT Srinagar. The help from NIT made it possible. We have completed the working Proof of Concept and it's almost in the final stage,” he further said.

Hailing from Anantnag, Naik said that his focus is mainly in the field of agriculture which needs to be upgraded with scientific innovations.