India's 4Ms contribution to the world

The Indians have been the great believers of practice all along and meditation is considered to be the way forward to the destinations beyond. It is the biggest means of communication with the self 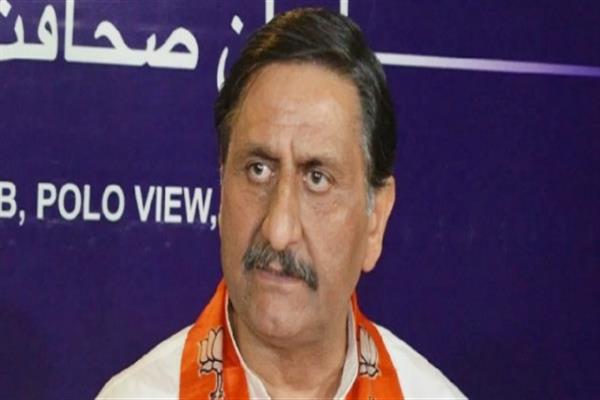 India's contribution to the world in various fields is well established and duly recognized. There are different contributions of different cultures, civilizations, peoples and nations to the humanity at large. India being one of the oldest civilizations of the world has a lot of benefaction towards the global society. Its philosophical world view of "Vasudhaiv-Kutumbakam"-that the whole world is a one family- is reflective in its subscription and offerings to the world.

There are fields of great interest in India that have given to the world a plethora of classics, knowledge and information about the universal facts and figures. But the most amazing and unique areas have been the 4Ms, i.e. Medicine, Music, Mathematics and Meditation. The human life has four major faculties which require a consistent and continuous nourishment, care and control. In order to take care of all the four faculties, the Indian masters invented four fields of activity for a human being. Since the Indian philosophy and way of life take inspiration and guidance from realisation aspect, thus the aspect of imagination and belief has a lower role to play, practically.

While Medicine takes care of our physique and physical priorities, Music caters to the demand of mind. Likewise Mathematics nurtures our intellect while Meditation looks after the prerequisites and essentials of the soul. Physique, Mind, Intellect and Soul are the main four faculties that a human being is concerned of once he or she takes birth as a human body in this world that he or she has ultimately to relinquish, one day. In a life period, in order to be successful in our ventures and pursuits, we tend to be sincere to all these four faculties. But the hard fact is that it is very tough to be really sincere to the resolve to cater to all the four faculties all the time. Therefore, the invention of four fields of life activity is purely a scientific preposition that the Indian way of life has developed over the last thousands of years.

Ten thousand years of research, study, experiments, successes, failures, observations and conclusions are thus based upon realisation of secrets of nature for which hundreds of thousands of souls worked relentlessly for whole of their life over a period of more than ten thousand years. They ultimately produced a fourfold treasure of knowledge, understanding and wisdom that got recognised as India's 4Ms contribution to the world and the humanity.

The Shad-Darshan, six schools of Indian philosophy like, Vedanta, Mimansa, Samnkhya, Yoga, Nyaya and Vaisheshika, is the beauty of India's way of life and thinking. In addition to this, there are other philosophies and schools of thought as well, ie. Jain, Bhuddist, Charvak's, Ajivika and Ajinana. However, the four fields of activity pertaining to Medicine, Music Mathematics and Meditation is an outstanding and remarkable production of the Indian mind and wisdom based upon pure understanding and realisation of the secrets of nature.

Medical science can be called the caretaker of the human body. Ayurveda means the science of life, literally. It is established that the fundamental and applied principles of Ayurveda got organized and enunciated around 1500-2000 BC. Atharvaveda, the last of the four great bodies of knowledge- known as Vedas, which forms the backbone of Indian civilization, contains 114 hymns related to formulations for the treatment of different diseases. From the knowledge gathered and nurtured over centuries, two major schools and eight specializations got evolved. One was the school of physicians called as ‘Dhanvantri Sampradaya’ and the second school of surgeons referred in literature as ‘Atreya Sampradaya’. These schools had their respective representative compilations- Charaka-Samhita for the school of Medicine and Sushruta-Samhita for the school of Surgery. The former contains several chapters dealing with different aspects of medicine and related subjects. Around more than five hundred drugs of plant, animal and mineral origin have been mentioned in this treatise.

Sushruta-Samhita primarily deals with different aspects of fundamental principles and theory of surgery. More than one hundred kinds of surgical instruments including scalpels, scissors, forceps, specula etc. are described along with their use in this document. Dissection and operative procedures are explained making use of vegetables and dead animals. It contains description of about six hundred fifty drugs and discusses different aspects related to other surgery related topics such as anatomy, embryology, toxicology and therapeutics. Vagabhata's ‘Astanga-Hridaya’ is considered as another major treatise of Ayurveda. The above three documents are popularly known as ‘Brihat trayees’ (the big or major three).

In addition to these three scholarly and authoritative treatises a vast body of literature exists in the form of compilations covering a period of more than one thousand and five hundred years. India was known as the hub of medicines throughout its history. Even today, India produces largest number of medical professionals including doctors, nurses and paramedical staff. India is also one of the largest producers of medicines and medical equipments in the world and came to the rescure of the world in a big way during the Covid pendamic period for the last two years.

Music, as the best healer of mind, is as old as the human civilization. Its origins date back to sacred Vedic scriptures over six thousand years ago where chants developed a system of musical notes and rhythmic cycles. The principal sources on the music of India are textual and iconographical; specifically, some theoretical treatises in Sanskrit survive, there are brief mentions in general literature and many sculptures of ancient Indian musicians and their instruments exist. Ancient Sanskrit, Pali, and Prakrat literature frequently contains musical references, from the Vedas to the works of Kalidasa and the Adigal's epic Silappatikaram. Despite this, little is known on the actual musical practices of ancient India and the information available forces a somewhat homogeneous perspective on the music of the time, even though evidence indicates that in reality it was far more diverse.

The monumental arts treatise Natya Shastra is among the earliest and main sources for ancient Indian music; the music portions alone are likely from the Gupta period (4th century to 6th century CE). The ancient text Rigveda has elements of present Indian music, with a musical notation to denote the metre and the mode of chanting. Kashmir has also a great contribution in the field of Natya Shastra and music. Ancient art and architecture also denotes varieties of ancient and modern musical instruments. Contribution of Bollywood towards the music for the last almost one hundred years has been great and outstanding.

Mathematics is the principle guiding machine of the intellect. It has a vast framework to train the intellect to solve the most difficult questions and problems of the world and the life. By giving us the concept of zero, Indian mathematicians made seminal contributions to the study of trigonometry, algebra, arithmetic and negative numbers among other areas. Perhaps most significantly, the decimal system that we still employ worldwide today was first seen in India. Indian mathematics emerged in India from 1200 BC until the end of the 18th century. In the classical period of Indian mathematics, important contributions were made by scholars like  Aryabhata, Brahmagupta, Bhaskara II and Varahmihira. The decimal number system in use today was first recorded in Indian mathematics. Indian mathematicians made early contributions to the study of the concept of zero as a number, negative numbers, arithmetic and algebra. In addition, trigonometry was further advanced in India, and, in particular, the modern definitions of sine and cosine were developed there. In the field of astronomy, the mathematical formulas created magicical influences in India. These mathematical concepts were transmitted to the Middle East, China, and Europe and led to further developments that now form the foundations of many areas of mathematics.

Meditation (Dhyana) is the warden of spirit and soul of human being. There are numerous references of yoga and meditation found in ancient Indian scriptures such as the Vedas, Upanishads, Mahabharata and the Bhagavad Gita. The Brihadaranyaka Upanishad defines meditation as “having become calm and concentrated, one perceives the self (atman) within oneself”. It takes the ultimate care of soul and spirit which is recognised as 'antar-atma' and guides one to self-purification leading to self-realisation and thus the final salvation termed as 'Mukti' in a broader perspective.

The Indians have been the great believers of practice all along and meditation is considered to be the way forward to the destinations beyond. It is the biggest means of communication with the self. A large number of India based institutions and masters of this science are guiding the world about this huge source of knowledge and self-realisation for the last many centuries in the modern context. It is considered as the most charming and profound gift of Indian civilization and culture to the humanity at large.

Irrespective of religious beliefs, people have been following this science of spirit and soul throughout the world. It remains the biggest source of peace within and outside that the human beings have been found craving for always and ever; and thus making India the central focus of the world attention for peace and harmony.