Increasing psychological problems in the society

Covid-19 shook the foundations of the world. Not only has the world’s economic and social problems increased, but the world is suffering from psychological problems as well 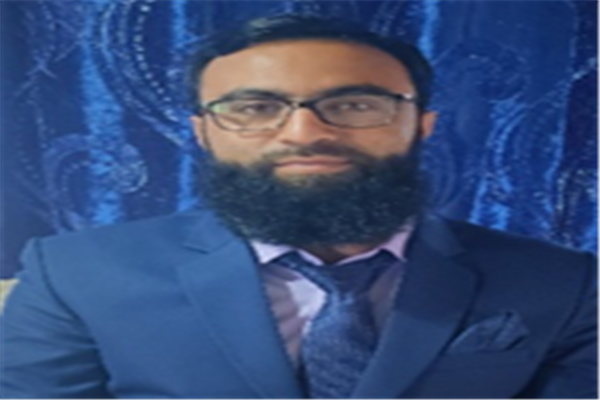 Almighty Allah (SWT) endowed man with intellect and gave him the power to establish a system where other living creatures besides humans could also be a part of this system. Man is an intelligent being who has been given the abilities by Almighty Allah (SWT) to handle the world order; and these abilities are directly related to human intelligence. The human brain has about a billion cells of different types, which vary from person to person. That is why every human being has different habits, psyche, and nature.The human psyche depends on the environment around it. His behaviour is a testament to what kind of climate he breathes in; what qualities his neighbours support; and what problems he faces.Even his small choices or adoptions in everyday life can have a profound effect on his behaviour.

According to a recent study, 50% of Americans experience moderate stress. Stress may be different for everyone, what may be causing a person stress may not be anything to his friends. In common parlance, stress is called depression, which is a symptom,and is not specific to a particular class or age group, but the burden that is placed on a person’s attitude by the problems and confusions that arise in normal situations and events. If it occurs for a short period, then it is not a matter of concern but a sign of practice of human life, but if this disease or condition persists, it affects the human psyche. Symptoms of depression include anxiety, irritability for no apparent reason, insomnia or lack of sleep, or excessive sleep. Other symptoms include loss of appetite or cravings for food, isolation and loneliness, feeling insecure, fear and doubt, and being overwhelmed. In addition, stubbornness over something clarifies the mental confusion that is a sign of psychological problems.

Any behavioural change that is caused by anxiety or restlessness is an early form of mental illness that can be the result of a change in the hormones in the human body. This hormonal or chemical change occurs in people of all ages, especially in young people who sometimes become so severe that they even turn to suicide. These emotional fluctuations reflect human attitudes and reactions. If these hormones are not maintained properly, mental and emotional problems can occur, including physical and mental fatigue or brain retardation. According to the WHO, suicide is one of the leading causes of death among men and women.

Psychologists say that there is not a single cause for the onset of depression. Financial problems, educational difficulties, family conflicts, or other reasons can cause depression in any person which further leads to committing suicide in many cases. Psychological problems can be also caused by lack of living facilities and necessities. A better lifestyle is important in building human character that creates stamina and endurance in his personality. It builds trust and helps to solve the social and financial problems. On the other hand, people who are deprived of these necessities, develop mental illnesses such as jealousy, and unjustified criticism of others, which leads to insanity and a sometimes suicide. Similarly one of the most common cause of depression and anxiety is the excessive use of computers and mobile phones. According to the experts, improper use of these devices makes the human brain cumbersome and has a detrimental effect on the eyes. So, the mobile phone should be kept at a distance of at least five feet while sleeping to reduce its effect on the human brain and improve sleep.

It is appropriate to divide the present age into two stages concerning psychological problems. World pandemic Covid-19 shook the foundations of the world. Not only has the world’s economic and social problems increased, but the world is suffering from psychological problems as well. The pandemic has affected men and women of all ages. By 2019, the proportion of these psychiatric problems was slightly lower and it was easy to count them among the different categories of mental patients, including domestic violence, infertility, social segregation or lack of mental abilities, as well as inherited mental retardation. It was the result of an accident or trauma that caused a mental breakdown in the human mind. Until then, stress and fatigue were considered to be the main causes of anxiety; depression was also a major issue at the time. However, after Covid-19, psychological problems gradually increased. The most common cause of this disorder is anxiety and depression. The disease has not only plagued man with nervous tension but has also led to mental illnesses including irritability, anger, and selfishness.

When it comes to human behaviour, psychological problems are related to desires, which put a man in the race for the best, whereas egoism pushes the man to retardation. Similarly, the habit of self-esteem and demeaning leads to disorder. Among these factors is the fact that human beings are facing a new challenge in the current situation. This pandemic is changing the human psyche, and the world is trying to adopt new ways of living. The main reason for the change in social maintenance is the pandemic that has created chaos in society. Every human being is engaged in the battle for his survival. The world system has changed due to the financial crisis and the collapse of the economy, and the law-and-order situation has worsened; national integrity is at stake.

Covid-19 has paralyzed the human race and thinking world over. The world was advancing under globalization and the distances had disappeared and now it would be interesting to see that how much difference there will be in the world after Covid-19 is over. Will this pandemic impact our mental health permanently? Thus, it is very important that every person must pay attention to his family and nature, adopt a happy life style, engage himself in social services, spend time in the fresh environment inorder to reduce psychological problems.

(The author is a Senior Researcher at the Baba Ghulam Shah Badshah University in Rajouri, Jammu & Kashmir. He can be reached at khalid6484@bgsbu.ac.in)