In search of problems and solutions 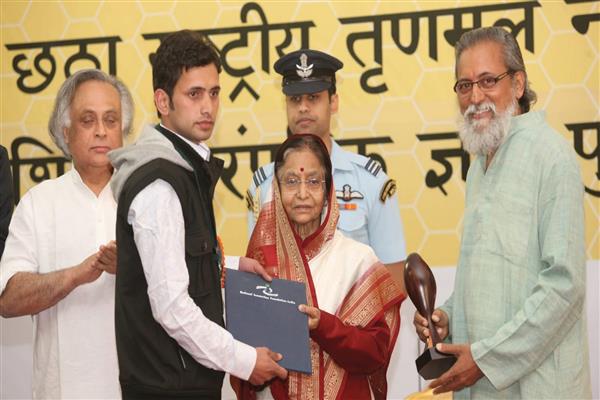 With the number of innovations to his credit, Jehangir Ahmad is always eager to look for the challenging problems so that he can find the solution. Being an international award winner for his innovative work, he believes there is solution for every problem.

Hailing from South Kashmir’s Anantnag district, Jehangir said, “I am never ready to believe what doesn’t appeal to my mind, even some accepted theories of science. I think such theories can never be final. They need to evolve with the increase in scientific knowledge and should be evaluated accordingly.”

“Due to the scarcity and high price of fuels and traditional energy resources, there is a need to use cheaper alternatives. The alternatives should be effective, user as well as environmentally friendly,” he said.

National Innovation Foundation (NIF) Cell J&K, Institute of Technology, University of Kashmir has scouted Jehangir in the year 2010. He was later awarded by the then President of India, Pratibha Devi Singh Patil for his innovation of Electrical Painting Brush (vide patent application number 641/DEL/2012) during an award ceremony of National Biennial Competition organized by National Innovation Foundation India (autonomous body of Department of Science and Technology, Government of India) held at Rashtrapati Bhavan, New Delhi. Apart from incubation and technical support, patent vide no 1949/DEL/2011 (a machine for washing vessels) have also been filed by NIF on behalf of the innovator.

Talking about the traditional way of painting, he said that a painter has to dip the brush into the paint bucket every now and then. Besides being a tedious process, it involves wastage of paint.

One day he noticed some painters working on a wall. “There was a little space to keep the paint bucket and the workers were struggling to hold on tight to the ladder, dip the brush in the bucket and paint the wall. A lot of paint was getting wasted and the process of painting was also messy as it would splash on their body and clothes,” Jehangir said.

To overcome the problems, Jehangir made an automatic painting device facilitating the user to control the flow of the paint through the brush.

The electric painting system consists of a pump operated by one motor which pumps the paint into the brush through tubes. A special brush is designed with a distributor to spread the paint properly in the bristles. There is also a paint bucket with inlet and outlet connected to the pump and an operator belt which is worn by the user while painting.

The paint from the bucket flows into the pump, which pushes it up to the brush through the flexible pipes. A lever has been provided to start and stop the flow of the paint into the bristles. The paint comes out at the base of the bristles at four places via the distributor.

One of his innovations, TaCPERS is a novel transportable, compactly packed, energy efficient and extendable emergency, rehabilitation and relief semi-permanent Shelter which was recently honored among top 25 international designs of Disaster Shelters by Mango Architects.

He said, “The shelter made by me has all the facilities like kitchen, bathroom etc. It can be easily installed on any surface and is suitable for all climatic conditions. Depending on the number of people, it can also be extended.”

Some of the inventions that are under process are ReWaBa which is a waste water management system for utilizing wastewater of bathrooms for other human purposes and SolsDaya is the first beam splitting day lighting system for the deep core of the buildings.

Under his name, various research publications are published in international journals and he is also currently doing research on various subjects.

Having pursued Masters in Science, Jehangir was a brilliant student from childhood. Belonging to the humble family, his father is a carpenter and Jehangir would also work while pursuing studies to support his family.

Besides studies, Jehangir has interests in poetry, sculpting and painting. He has a good collection of poetry, sculptures and has also written an autobiography. He said, “The autobiography helps a man to isolate himself and enables him to look at one’s self objectivity.”