Muslims must always present themselves in the cleanest way possible 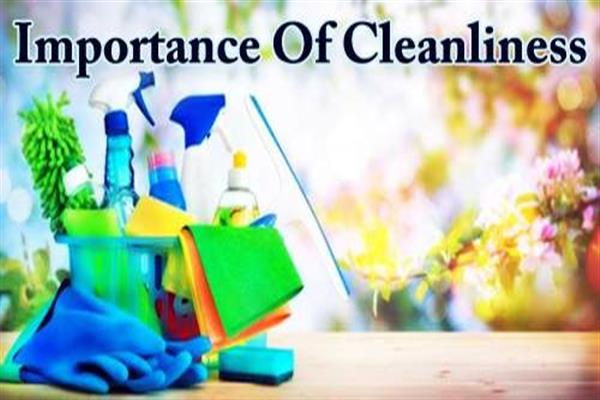 Islam lays great emphasis on personal hygiene. A Muslim is under an obligation to keep himself clean and tidy. Cleaning one’s teeth, combing hair and beard, applying perfume are all Sunnah of the most revered Prophet (SAW). And last but not the least, a Muslim is supposed to wash himself (mouth, nose, face, hands, arms, feet and head five times a day.  A Muslim is also supposed to remove hair from his armpits at regular intervals.

"The Holy Prophet (SAW) said, “The example of a good companion (who sits with you) in comparison with a bad one, is I like that of the musk seller and the blacksmith's bellows (or furnace); from the first you would either buy musk or enjoy its good smell while the bellows would either burn your clothes or your house, or you get a bad nasty smell thereof.”  Al Bukhari, narrated Abu Musa (RA).

Here an attempt has not been made to ridicule or belittle the blacksmiths. The most revered Prophet (SAW) has praised all those who put in hectic efforts to earn their livelihood. The object of the hadith seems to make Muslims understand the importance of staying clean.

A Muslim is supposed to attend congregational prayers in the mosque five times a day. In the mosque he meets hundreds of people. Any bad smell emanating from his mouth or body will subject fellow Muslims to inconvenience.

Bad smell used to offend the holy Prophet (SAW) He associated the good Muslims with good smells, and the not so good Muslims with the bad smells. A hadith narrated by Ayesha (RA) and reported by Al Bukhari (Volume 2, Book 13, Number 25) reads, “The people used to come from their abodes and from Al-'Awali (i.e. outskirts of Madinah up to a distance of four miles or more from Madinah). They used to pass through dust and used to be drenched with sweat and covered with dust; so sweat used to trickle from them. One of them came to Allah's Apostle (SAW) who was in my house. The Prophet said to him, 'I wish that you keep yourself clean on this day of yours (i.e. take a bath).”

Ibn Wahb (RA) said, “Once a plate full of cooked vegetables was brought to the Prophet (SAW) at Badr. Detecting a bad smell from it, he asked about the dish and was informed of the kinds of vegetables in contained. He then said, 'Bring it near,' and so it was brought near to one of his companions who was with him. When the Prophet saw it, he disliked eating it and said (to his companion), 'Eat, for I talk in secret to ones whom you do not talk to.'

Narrated Anas:  "Allah's Apostle I said, 'I have told you repeatedly to (use) the Siwak. (The Prophet put emphasis on the use of the Miswak)   (Al Bukhari)

"....For God loves those who turn to Him constantly and He loves those who keep themselves pure and clean.  (Quran, 2:222)" Allah the most exalted loves those who stay clean and tidy. The most revered Prophet (SAW) did not like bad smell. Therefore, body and breath cleanliness are mandatory in Islam.  Muslims must always present themselves in the cleanest way possible.  Those who violate this rule are considered "evil companions", and they are resented and are not allowed to be near the Mosques or other fellow Muslims.