Imam Ali (A.S) Stood for Welfare of the Human Society

Imam Ali (A.S) commands a very high position in the history of human rights. His views were, and still are, linked with the teachings of Islam 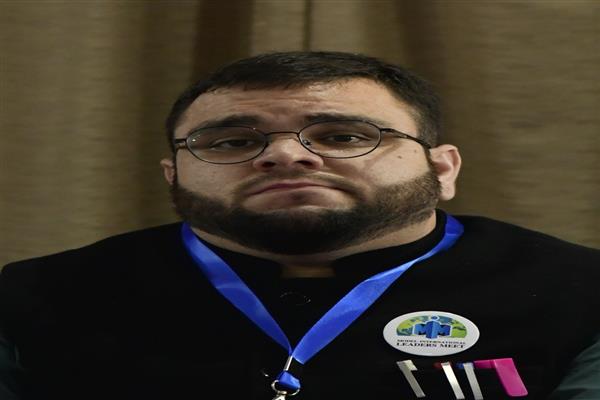 Imam Ali (A.S) devised such firm rules and presented such solid views on human rights and the welfare of the human society that their roots penetrate into the depths of the earth and their branches extend up to the heavens. All the social sciences which are prevalent at present mostly confirm these views and principles. Although these modern social sciences may be given many names, and may be presented in various forms, their objective is one and one only that the human being should be defended from subjection and there should be formed a community which should protect human rights in a better way; a society in which human dignity should be respected and the freedom of expression should be secure to such an extent that none should be hurt.

The conditions and circumstances of time have a great effect on the creation of social sciences. These very conditions and circumstances are the factors that present social sciences in one shape at one time and in another shape at another time. When we study history and come across various events we come to know that there has been a conflict between two different groups of human beings and two different views and ideas. One group has been keen to be despotic and to usurp the rights of the common man and to eliminate his freedom, whereas the other group has been desirous of justice, democracy, preservation of the rights of the people and their freedom.

In the past all useful movements were started by the oppressed and the reformers always rose from amongst them so that they might put an end to oppression and injustice and establish governments on the foundation of equity and justice which should accord with reason as well as the conditions and circumstances of the society.

Imam Ali (A.S) commands a very high position in the history of human rights. His views were, and still are, linked with the teachings of Islam. The central point of his ideology was that despotism should come to an end, and class discrimination should be eliminated from amongst the people. Whoever has recognized Imam Ali (AS) and heard his remarks and understood his beliefs and views about human brotherhood knows that he was a sword drawn on the necks of the tyrants.

His entire attention was directed towards the enforcement of the rules of equity and justice. His thoughts, manners and his governmental policies were all dedicated to the achievement of this purpose. Whenever any oppressor encroached upon the rights of the people or treated the weak in a humiliating manner or ignored their welfare and threw his own burden on their weak shoulders, Imam Ali (A.S) gave him a tough fight.

The mental upbringing of the Imam took place with this thinking that equity and justice should be enforced in such a way that equality should be established and one class should not enjoy any supremacy over another class and every person should receive that to which he is entitled. His voice remained loud continuously for the enforcement of justice, and he always remained active to achieve this end. He elevated man and always remained ready to protect him. His government was the best specimen of administration during that period. It was a government which was just and the protector of human rights, and one, which achieved its end by all possible means.

The Imam realized it clearly that the society of that time was based on fraud, deceit and harmful activities, and its reformation was necessary. He also knew well how that society could be reformed and how much time it would take to do so. Although he thought of the welfare of the people in all respects, the things to which he paid his attention most was their reformation. Nothing could stop him from making efforts in this behalf. What he desired most was to establish truth and destroy falsehood and none else could be more capable of making distinction between truth and falsehood.

Imam Ali (A.S) assessed things correctly and engaged himself in his task fearlessly according to his calculations. He never entertained any doubt with regard to anything related to public welfare. As and when any officer or governor oppressed the subjects Imam Ali (AS) neither sat quiet nor connived at their actions. He never displayed slackness when he found that some persons had formed a group against the true government. At times his plans to achieve his ends were opposed not only to the wishes of his enemies but to those of his friends as well, but he did not mind this. All this was done by him so that the right of every person to lead a peaceful life might be ensured, and the people should not be divided into two groups, one of whom should be very happy and the other should be very much grieved.

Imam Ali (A.S) had clearly understood that it will be very dangerous to divide the people into two classes and to prefer one of them to the other. This will retard the intellects, create malice in the spirits, and introduce oppression and injustice in the judgments and transactions, and all sorts of mischiefs and corruptions will appear. The result will be that ambition for life will die and the people will become pessimistic and will entertain ill-will towards one another. Consequently the society will be ruined. So long as these two classes exist in a society a conflict between them is inevitable and it will involve the loss of many lives.

On the one hand Imam Ali (A.S) was determined to enforce equity and justice with all his might, and on the other hand these persons were keen to have the reins of government in their own hands and to possess as much wealth and property as possible. Between these two conditions they acted like gamblers, hoping to seize an opportunity to bring about a revolution and consequently to appropriate all benefits themselves, entertaining the worst passions and desires in their minds.

There is no doubt about the fact that the responsibility assumed by Imam Ali (A.S) was very difficult and onerous. Various reasons and intricate circumstances had made Imam Ali (AS) face many difficulties which could not over come easily. The world of that time was Topsy turfy, the conditions were revolutionary and the events were frightening and the responsibilities of Imam Ali (AS) were so great and burdensome that the caliphate and the religion of Islam depended on them. By solving these problems and overcoming these difficulties Imam Ali (AS) performed a task which made his qualities known to the world. The world came to know how mindful Imam Ali (AS) was of public rights, how determined he was to promote individual and collective virtues, and with what patience and perseverance he achieved his objectives.

(The Author is a Lawyer at Delhi, J&K and Ladakh High Court)