Hypothyroidism is one of the most common chronic diseases in the world. Symptoms may not appear until years after the thyroid has stopped functioning and they are often mistaken for signs of other illnesses, menopause, or aging 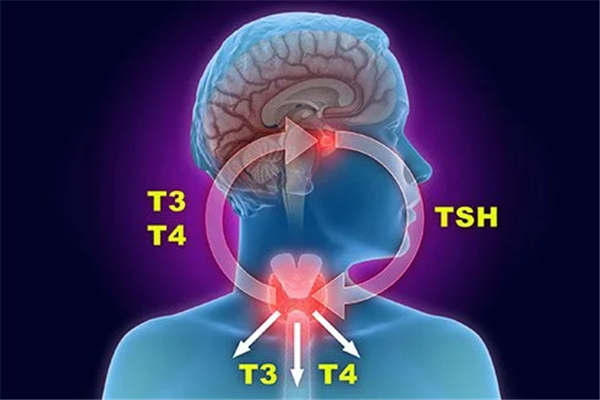 Hypothyroidism, or underactive thyroid, develops when the thyroid gland fails to produce or secrete as much thyroxine (T4) as the body needs. Because T4 regulates such essential functions as heart rate, digestion, physical growth, and mental development, an insufficient supply of this hormone can slow life-sustaining processes, damage organs and tissues in every part of the body, and lead to life-threatening complications.

Hypothyroidism is one of the most common chronic diseases in the world. Symptoms may not appear until years after the thyroid has stopped functioning and they are often mistaken for signs of other illnesses, menopause, or aging. Although this condition is believed to affect as many as 11 million adults and children, as many as two of every three people with hypothyroidism may not know they have the disease.

Nicknamed “Gland Central” because it influences almost every organ, tissue, and cell in the body, the thyroid is shaped like a butterfly and located just below the Adam’s apple. The thyroid stores iodine the body gets from food and uses this mineral to create T4. Low T 4 levels can alter weight, appetite, sleep patterns, body temperature, sex drive, and a variety of other physical, mental, and emotional characteristics.

Hypothyroidism is at least twice as common in women as it is in men. Although hypothyroidism is most common in women who are middle-aged or older, the disease can occur at any age. Newborn infants are tested for congenital thyroid deficiency (cretinism) using a test that measures the levels of thyroxine in the infant’s blood. Treatment within the first few months of life can prevent mental retardation and physical abnormalities. Older children who develop hypothyroidism suddenly stop growing.

Factors that increase a person’s risk of developing hypothyroidism include age, weight, and medical history Women are more likely to develop the disease after age 50; men, after age 60. Obesity also increases risk. A family history of thyroid problems or a personal history of high cholesterol levels or such autoimmune diseases as lupus, rheumatoid arthritis, or diabetes can make an individual more susceptible to hypothyroidism.

Hypothyroidism is most often the result of Hashimoto’s disease, also known as chronic thyroiditis (inflammation of the thyroid gland). In this disease, the immune system fails to recognize that the thyroid gland is part of the body’s own tissue and attacks it as if it were a foreign body. The attack by the immune system impairs thyroid function and sometimes destroys the gland. Other causes of hypothyroidism include:

• Surgery. Removal of the thyroid gland because of cancer or other thyroid disorders can result in hypothyroidism.

• Medication. Nitroprusside, lithium, or iodides can induce hypothyroidism. Because patients who use these medications are closely monitored by their doctors, this side effect is very rare.

• Pituitary gland malfunction. This is a rare condition in which the pituitary gland fails to produce enough TSH to activate the thyroid’s production of T4.

• Congenital defect. One of every 4,000 babies is born without a properly functioning thyroid gland.

• Diet. Because the thyroid makes T4 from iodine drawn from food, an iodine-deficient diet can cause hypothyroidism. Adding iodine to table salt and other common foods has eliminated iodine deficiency in the United States. Certain foods (cabbage, rutabagas, peanuts, peaches, soybeans, spinach) can interfere with thyroid hormone production.

• Environmental contaminants. Certain man-made chemicals such as PCBs found in the local environment at high levels may also cause hypothyroidism.

Hypothyroidism is sometimes referred to as a “silent” disease because early symptoms may be so mild that no one realizes anything is wrong. Untreated symptoms become more noticeable and severe, and can lead to confusion and mental disorders, breathing difficulties, heart problems, fluctuations in body temperature, and death.

Someone who has hypothyroidism will probably have more than one of the following symptoms:

• Problems with memory and concentration.

• Loss of interest in sex.

Hypothyroidism usually develops gradually. When the disease results from surgery or other treatment for hyperthyroidism, symptoms may appear suddenly and include severe muscle cramps in the arms, legs, neck, shoulders, and back.

It’s important to see a doctor if any of these symptoms appear unexpectedly. People whose hypothyroidism remains undiagnosed and untreated may eventually develop myxedema. Symptoms of this rare but potentially deadly complication include enlarged tongue, swollen facial features, hoarseness, and physical and mental sluggishness.

Myxedema coma can cause unresponsiveness; irregular, shallow breathing; and a drop in blood pressure and body temperature. The onset of this medical emergency can be sudden in people who are elderly or have been ill, injured, or exposed to very cold temperatures; who have recently had surgery; or who use sedatives or anti- depressants. Without immediate medical attention, myxedema coma can be fatal.

Diagnosis of hypothyroidism is based on the patient’s observations, medical history, physical examination, and thyroid function tests. Doctors who specialize in treating thyroid disorders (endocrinologists) are most apt to recognize subtle symptoms and physical indications of hypothyroidism. A blood test known as a thyroid-stimulating hormone (TSH) assay, thyroid nuclear medicine scan, and thyroid ultrasound are used to confirm the diagnosis. A woman being tested for hypothyroidism should let her doctor know if she is pregnant or breastfeeding and all patients should be sure their doctors are aware of any recent procedures involving radioactive materials or contrast media.

The TSH assay is extremely accurate, but some doctors doubt the test’s ability to detect mild hypothyroidism. They advise patients to monitor their basal (resting) body temperature for below-normal readings that could indicate the presence of hypothyroidism.

Natural or synthetic thyroid hormones are used to restore normal (euthyroid) thyroid hormone levels. Synthetic hormones are more effective than natural substances, but it may take several months to determine the correct dosage. Patients start to feel better within 48 hours, but symptoms will return if they stop taking the medication.

Most doctors prescribe levothyroxine sodium tablets, and most people with hypothyroidism will take the medication for the rest of their lives. Aging, other medications, and changes in weight and general health can affect how much replacement hormone a patient needs, and regular TSH tests are used to monitor hormone levels. Patients should not switch from one brand of thyroid hormone to another without a doctor’s permission. Regular exercise and a high-fiber diet can help maintain thyroid function and prevent constipation.

Primary hypothyroidism can’t be prevented, but routine screening of adults could detect the disease in its early stages and prevent complications.

(Author is a Medical Practitioner and can be reached on: mir.muzaffar@yahoo.com