Humanity in the shadow of Islam

There is no place in Islam for unjust oppression and tyranny. Oppressing and abusing the servants of Allah (SWT) is a cause of severe resentment and punishment 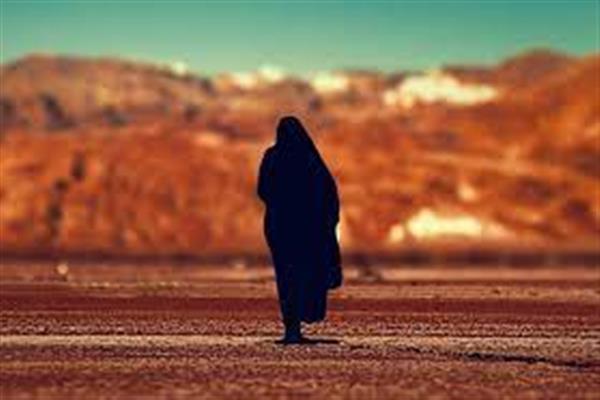 Islam is the religion of disposition and mercy and the eternal and the universal code of life for all mankind, the guarantor of its protection and survival, and the forerunner of justice and equality. Islam establishes a system of justice and equality and tolerance in the broader context of the innateness of all mankind, which is the source of survival and antidote for all human beings. Almighty Allah says: “Do not let the hatred of a people prevent you from being just. Be just; that is nearer to righteousness. And fear Allah; indeed, Allah is Acquainted with what you do”. (05: 08)

Further in the same chapter, verse 32, Allah says: “Whoever kills a soul unless for a soul or corruption [done] in the land - it is as if he had slain mankind entirely. And whoever saves one - it is as if he had saved mankind entirely.” (05: 32). Islam emphasizes mankind to Judge between the people with justice and does not let justice go unchallenged when you judge. Indeed, Allah loves those who do justice. (05: 42) And when you are asked to speak in the matter, speak with justice, even if the matter goes against your loved one.

Islam recognizes all human beings as the progeny of the same parent and gives them the full right to live in an atmosphere of peace and tranquillity in the same relationship of love and tolerance on a human basis. Allah (SWT) says that “We have created you from a male and a female and made you into nations and tribes that you may know one another. Indeed, the most honourable of you in the sight of Allah is the most righteous of you” (49:13). In a Hadith of Prophet (PBUH), it has been recorded that all creatures are the family of God, and the most beloved person in the sight of God is the one who treats His family well. (Mishkat al-Masabih)

There is no place in Islam for unjust oppression and tyranny. Oppressing and abusing the servants of Allah (SWT) is a cause of severe resentment and punishment. In the Qur'an and Hadith, many people have been strongly warned to refrain from oppression and cruelty and its painful consequences have been warned. Persecution destroys human inherency and society, while justice, mercy, and benevolence make human society resurrected and dishabilitated. Therefore, Allah (SAWT) the Exalted, commands justice and benevolence along with justice and fairness. In a Hadith, the Messenger of Allah (PBUH) has said: “Allah will not be merciful to those who are not merciful to mankind. (Musnad Ahmad: 9215) Another hadith says: The best of you is the one whose morals are the best. (Bukhari). In most places in the Qur'an and Hadith, it is considered an act of goodness to forgive the human errancies and over violent behaviour commented in the shadow of personal matters, so that there may be mutual love, affection, and mercy among human beings.

Islam wants to see goodness in human society and uproots corruption and evil in such a way so that every human being can feel safe, secure, fearless, and satisfied. On one occasion, the Prophet (PBUH) persisted and instructed his Companions to help their brother, whether he was unjust or oppressed. The Companions did not understand. One of the Companions said: How can the oppressor be helped? The Messenger of Allah (PBUH) said: when he intends to oppress, stop him from oppressing. That is to help him. (Bukhari). This was the most psychological and wise way of speaking authorized by the Prophet (PBUH). The Prophet (PBUH) once said that, Whosoever of you sees an evil, let him change it with his hand; and if he is not able to do so, then [let him change it] with his tongue; and if he is not able to do so, then with his heart — and that is the weakest of faith (Muslim). The Messenger of Allah (PBUH) declares about Himself: "I have been sent to fulfill moral greatness. (Musnad Ahmad). Islamic teachings give such a deep shade of mercy and greatness to the world of humanity in which all opportunities for peace and order, progress and prosperity, and peace and well-being are available.

Islam has also strictly upheld the rights of neighbours and their rights cannot be neglected whether the neighbour is a Muslim or a non-Muslim. The Prophet (PBUH) said: “He cannot be a believer whose neighbour is not safe from his evil”. (Musnad Ahmad: 9073). Islam makes it a crime to hurt someone and to inflict even the slightest harm. God cannot forgive unless the oppressed person forgives him. Thus, Islam in all aspects of life gives such a great concept of nobility, scalability, sensibility, humanity, and peace of mind that the human conscience is cleansed of all selfishness and hollowness, and they appear to be the embodiment and model of high morality.

(The author is a Senior Researcher of Islamic Studies at the Baba Ghulam Shah Badshah University in Rajouri, Jammu & Kashmir. He can be reached at khalid6484@bgsbu.ac.in)