Human Activities Are behind 75% of Forest Fires

More work should be done to prevent forest fires and measures should be taken to reduce them. Climate change has the greatest impact on the weather. This is affecting lives and economies around the world 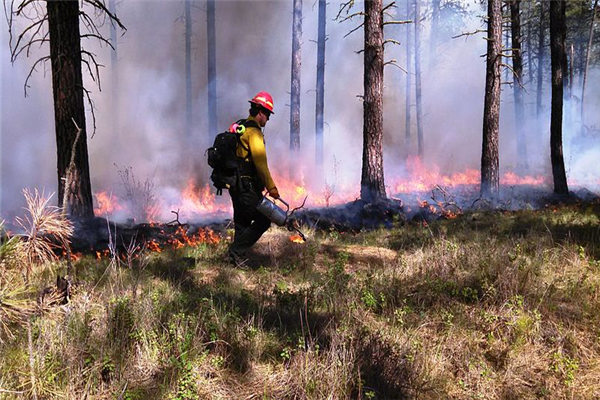 In the similar hot days of summer three years ago, I decided to spend a couple of days in the cool mountains of Himachal Pradesh. After crossing Kalka and Parwanoo, I witnessed clouds of smoke emerging out from among the dense trees on the hills. Tree trunks were burning and suffocating smoke was mixing in the air. The dreamy picture of green hills which I had in my mind vanished soon and I felt sorry for the state of affairs. It was sad to see that there was fire in the forests all over the way. As the mercury rises in the summer, there are regular reports of forest fires. This time again, forests are burning in many places on the Himachal hills. Forests of Kumaon and Garhwal divisions of Uttarakhand are also on fire. Fire incidents have been reported at 124 places in the state. Earlier, fires have broken out around Sariska Tiger Reserve in Rajasthan, Similipal Wildlife Sanctuary in Orissa, Ladkui Forest in Sehore district of Madhya Pradesh and Kodaikanal Hills area in Tamil Nadu.

There have been a total of 1216 incidents of forest fires this year so far causing an estimated loss of over Rs 30 lakh forest property and wildlife. About 22 per cent of India's forest cover is highly vulnerable to fire. Experts say that a forest fire needs only two things, one is fuel and the other is ignition. If fuel is available, the fire continues for many days. The sharp leaves of pine act as fuel in the fire. Therefore, the pine forests are more dangerous. Dry leaves and twigs lying on the ground also act as fuel. If we talk about ignition, then human activities are said to be responsible for 75 percent of the fire incidents. More work should be done to prevent forest fires and measures should be taken to reduce them. Climate change has the greatest impact on the weather. This is affecting lives and economies around the world.

The United Nations report on climate change says that the coming few years will prove to be troublesome for the world. Every year 560 natural disasters are expected in the world, compared to 400 annually till 2015. If we look at earlier figures, between 1970 and 2000, there were only about 100 disasters on an average every year. In the coming times, there will be more disasters like forest fires and floods. Apart from these there will also be pandemics and chemical accidents. Like the forest fire, thoughts flash in our mind.

A report by Queens University of Canada states that 6,000 thoughts come to a person's mind every day, of which 80 percent are negative thoughts. These have an adverse effect on the daily routine of the person and cause mental stress. If meditation is done for four-five minutes every day, then the damage can be reduced. Cleaning and managing thoughts that come to mind is as important as we do with the household items. You can get rid of useless memories by writing them down on a diary or paper. This can calm your mind. After getting rid of negative thoughts, the activity of the mind increases and creative thoughts get pouring.

(The writer is a senior journalist & columnist. Twitter @NarvijayYadav)