Because of their potential for addiction and overdose, opioids are regulated substances in a lot of countries 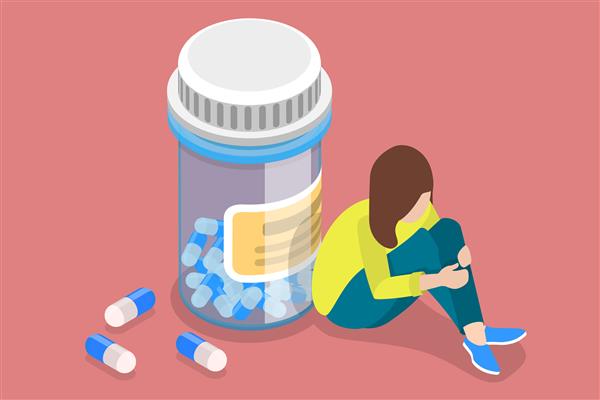 Worldwide, opioids are the most common cause of drug related deaths. The number of individuals abusing them has quadrupled in the last 20 years, with an increase in heroin use, an even bigger increase in prescription opioid use, and a large group of folks abusing both. Because of their potential for addiction and overdose, opioids are regulated substances in a lot of countries.

As a class, opioids share one thing in common—they bind to opioid receptors in the brain, spinal cord, and gastrointestinal tract. Some are endogenous, meaning that they are produced naturally by the body, like endorphin, short for endogenous morphine. But others are exogenous, meaning that they come from the environment, like heroin and morphine because they come from the opium poppy—a flowering plant that oozes out a milky white liquid, while others like fentanyl are synthesized in the laboratory.

To understand how opioids work, let’s zoom into a region of the brain tissue that has opioid receptors. Normally, in the absence of endorphins, inhibitory neurons secrete a neurotransmitter that prevents nearby neurons from releasing the neurotransmitter dopamine. When dopamine release takes place in pain processing regions of the brain like the thalamus, brainstem, and spinal cord, the result is feeling less pain. When dopamine release takes place in reward pathway regions like the ventral tegmental area, nucleus accumbens, and prefrontal cortex, the result is a calming effect that feels good. So that’s how it works normally.

But when a powerful exogenous opioid binds to the opioid receptors, the result is a massive flood of dopamine. This helps with pain control, but it can also cause an incredible state of euphoria within the regions of the brain involved in the reward pathway, which is an emotional “high”. Now remember, the purpose of the reward pathway is to train the brain to repeat activities that cause dopamine-mediated pleasure, so when opioids stimulate this reward pathway, the brain learns to do that behavior again and again.

With exogenous opioids there are multiple routes to get the drug to the brain. One way is by ingesting it, but that route is the slowest. A faster route would be inhalation, because the drug is rapidly absorbed through the lungs. The fastest route, though, is direct injection of the substance into the blood. Typically, the faster the exogenous opioid reaches the brain the stronger the relationship between the behavior and the reward. Now over time, people that are consistently using a drug, even when taking them as exactly as prescribed, can develop tolerance which means that with repeated use, they have a reduced response, and therefore an increased dose is needed to achieve the original response.

Alright, so now let’s say that you’re at rest, there aren’t any drugs or anything stimulating your reward pathway. In this situation, your brain keeps your heart rate, blood pressure, and wakefulness in a normal state, called homeostasis. Now, let’s say that you and your friends decide to play spin the bottle and your crush is going to be there! All of a sudden you may feel sweaty and flushed, your heart rate may jump a bit. You’re now above your normal level of homeostasis, because something has changed, right?

But it doesn’t stay that way for long, and once the game is over, your brain brings things back down to this baseline. With repeated drug use, a few things start to happen. Let’s say you take the drug at a specific time and setting, like 3pm in the bedroom, and, being a depressant, it makes everything go lower, heart rate, blood pressure, and wakefulness. Your brain being the smart brain that it is, will pick up on the pattern.

Now, next time, at 3pm in the bedroom, the brain preemptively increases each one, since it knows that when you take the drug, everything’s going to decrease again. Now, let’s say 3pm in the bedroom rolls around, but there’s no drug...In that situation, the brain still increases everything. But the changes aren’t countered with the effects of the drug, and so the person can feel awful, and these are called withdrawal symptoms. These symptoms can persist to the point where a person may need drugs just to feel normal, and if that’s the case, they are considered to be dependent on that drug.

Now, on the flip side, let’s say that you use the drug in an unfamiliar setting, like at 11pm at a party. Well in that situation, your body’s not ready for the drug and there’s no physiologic “counterbalance” to help offset the effect of the drug. When that’s the case, it can lead to overdose, even on a dose that the person’s been normally taking, and that’s oftentimes what happens.

The DSM-5 or Diagnostic and Statistical Manual, the 5th edition, defines opioid use disorder as causing at least two of the following behavior patterns within a year:

1. Using more opioids or using them for longer than intended.

2. being unable to cut down on the use of opioids.

3. Having opioid use take up a significant amount of time

4. Having cravings to use opioids.

5. Having opioid use affects responsibilities at work, school, or home.

6. Using opioids even if they cause recurrent interpersonal problems

7. Giving up important activities in order to use opioids.

9. Using opioids even if its worsening a physical or psychological problem

10. becoming tolerant to the opioids.And finally

In addition to ruining a person’s life, opioid addiction can also end it in an overdose. Most often, an opioid overdose causes severe cardiac and respiratory depression, to the point where a person may have pinpoint pupils and simply stop breathing. In that situation, the most important thing is to perform rescue breathing, giving supplemental oxygen, and administering naloxone. When naloxone is given intravenously it can reverse the effects of opioids within minutes, potentially saving a person’s life.

It’s clear that opioids have strong addictive potential, so their use should be limited and well defined. They have a role in controlling acute pain, for example, but the goal should be to use short-acting opioids at the lowest effective dose for just a few days, and slowly increase their dose only as needed. When opioids are used for chronic pain, they should be weaned off as soon as possible, ideally at a wean rate of 10% of the dose per week.

In general though, chronic pain should be treated with non-opioid approaches. These include exercise and biofeedback as well as other types of medications such as acetaminophen and NSAIDs like ibuprofen.  There are also disease-specific treatments, like for migraines use triptans, or for neuropathic pain use gabapentin, or for joint pain topical pain treatments like capsaicin. For people with opioid dependence, the most effective treatment is a combination of therapy with medications.

Specific therapies that work include motivational interviewing, which can be used to understand why an individual wants to stop using opioids and identify specific barriers to treatment. Also cognitive-behavioral therapy can help an individual learn about withdrawal, discuss the thoughts, feelings, and behaviors that lead to opioid usage, and create a plan to navigate triggers for usage. Another form of therapy are peer-support programs which use group discussions to help individuals commit to ending the use of opioids and by holding one another accountable.

In addition, the evidence strongly supports the use of medications, which reliably decrease cravings and reduce withdrawal symptoms. Methadone and Buprenorphine are also used in management of opioid dependence. These medications can competitively bind to the opioid receptor without producing the same euphoria as the opioids they take the place of. Since they have opioid effects, though, they can cause side effects like constipation, insomnia, weight gain, hormonal changes, and cardiac arrhythmias. The good news is that over time, an individual can safely taper their use of opioid treatments altogether, and this approach is more likely to succeed than simply stopping opioids without these treatments.

Another medication called naltrexone, can be used for people who are already abstaining from active opioid use. Finally, all of these approaches work best when an individual has a strong network of family and friends offering support. Opioid use still carries heavy stigma because usage is still tied to a notion of individual choice and moral failure, even though we now know that opioid use is a consequence of biological, psychological, and social factors—all of which need to be addressed to maximize the chances of recovery.

Requiem for a Dream (2000): Sara Goldfarb (Ellen Burstyn) is a retired widow, living in a small apartment. She spends most of her time watching TV, especially a particular self-help show. She has delusions of rising above her current dull existence by being a guest on that show. Her son, Harry (Jared Leto) is a junkie but along with his friend Tyrone (Marlon Wayans) has visions of making it big by becoming a drug dealer. Harry's girlfriend Marion (Jennifer Connelly) could be a fashion designer or artist but is swept along in Harry's drug-centric world. Meanwhile Sara has developed an addiction of her own. She desperately wants to lose weight and so goes on a crash course involving popping pills, pills which turn out to be very addictive and harmful to her mental state.