Health is among primary duties of a State

Homeland security, education and health are the primary three responsibilities of the government anywhere and everywhere 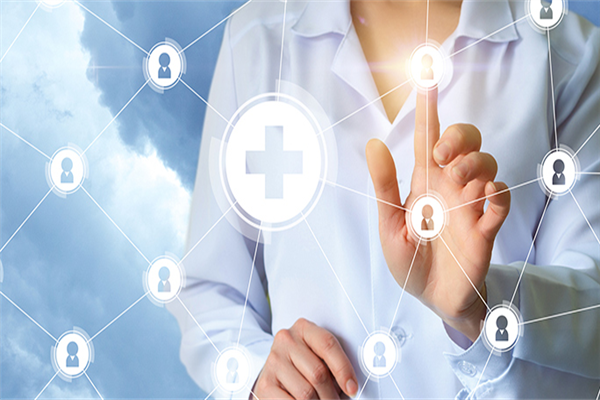 The State has a number of primary duties towards its citizens. Among the civilized societies in the world in the current context, Homeland security, education and health are the primary three responsibilities of the government anywhere and everywhere. A government is judged by its score on these three fronts both in the short run as well as in the long run. It is for the first time after Independence that the State of India has actually and virtually woken up to the new horizons in sight. Citizens also need to realise both their rights and duties in the quickest possible time, and here is the best opportunity.

Some sixteen years ago, this author got an opportunity to visit Germany while on a tour of the European countries. The main issue was my participation in the International Human Rights Conference that was being held at The Hague, Netherlands in September 2005. On the completion of the conference, I went to Germany along with my Afghan friend, Dr. F.C.Chandihok, also a refugee of Afghanistan living in exile in Germany. He was with the passage of time granted citizenship by the government of Germany. He lives in Holzwickede, a municipality in the district of Unna in North Rhine-Westphalia, Germany. Holswickede's nearest airport is Dortmund, one of the big cities of Germany.

During my stay in Germany I had a chance to visit the Primary Health Centre in Unna along with Dr. Chandihok, who was a serving medical practitioner in Unna. I observed at the Centre that all patients, who were the registered citizens in Germany, visiting the Health Centre were provided free consultation, treatment, tests, medicine and small time hospitalisation by the government there. It was indeed a great experience for me. Later on in the year 2009, I also learnt that health insurance was made compulsory for the whole population in Germany, when coverage was expanded from the majority of the population to everyone......Social welfare beneficiaries are also enrolled in statutory health insurance, and municipalities pay contributions on their behalf. Many a countries in the western world go by this norm as a routine.

According to the WHO, Germany's health care system was 77% government-funded and 23% privately funded as of 2004. In 2004 Germany ranked thirtieth in the world in life expectancy (78 years for men). It was tied for eighth place in the number of practicing physicians, at 3.3 per 1,000 persons. It also had very low infant mortality rate (4.7 per 1,000 live births). In 2001, total spending on health amounted to 10.8 percent of gross domestic product. As per the Euro Health Consumer Index, which placed it in seventh position in its 2015 survey, Germany has long had the most restriction-free and consumer-oriented healthcare system in Europe. Patients are allowed to seek almost any type of care they wish whenever they want it. In 2017, the governmental health system in Germany kept a record reserve of more than Euro 18 billion which made it one of the healthiest healthcare systems in the world at the time.

It is said that seeing is believing, accordingly was I deeply impressed with the health welfare measures of an advanced country like Germany for its citizens. Many a time it came to my mind as to when the people of India would also be provided with such free health facilities by the State to its citizens...! However, fortunately for all of us, India went through a great revolution in context of the universal health welfare measures post the 2014 parliamentary elections.

The year 2014 led India into a new phase of thinking in respect of welfare measures for its citizens with the change of the government at the centre. The PM Narendra Modi from the ramparts of Red Fort declared his vision priorities about the public welfare philosophy and made it known that the government would make it sure that every family was provided with the facility of toilet with the government support. Over the last seven years, the country went through a real revolution in this respect from north to south and east to west with an unprecedented success creating thus a great awakening on the issue.

What followed the above were a number of such announcements made by the government about social welfare measures and schemes for various strata and sections of the population living in India. But the most amazing and fabulous measures were the two health measures declared by the government of India in September 2015 and in September 2018 respectively. In September 2015, the existing 'Jan Aushadhi Scheme' was revamped as 'Pradhan Mantri Jan Aushadhi Yojana' (PMJAY). In November, 2016, to give further impetus to the scheme, it was again renamed as "Pradhan Mantri Bhartiya Janaushadhi Pariyojana" (PMBJP).

Making quality medicines available at affordable prices for all, particularly the poor, disadvantaged and senior citizens, through exclusive outlets named "Jan Aushadhi Kendra or Medical Store", so as to reduce out of pocket expenses in healthcare is the core idea of the scheme. PMBJP is a campaign launched by the Department of Pharmaceuticals to provide quality medicines at affordable prices to the masses. PMBJP stores have been set up to provide generic drugs, which are available at lesser prices but are equivalent in quality and efficacy as expensive branded drugs. The purchases at these stores generally can save up to 80% of the expenses on medicines.

This mission is aimed at to create: awareness among public regarding generic medicines; demand for generic medicines through medical practitioners; and awareness through education and awareness programme that high price need not be synonymous with high quality. It is also aimed at to provide all the commonly used generic medicines covering all the therapeutic groups and provide all the related health care products too under the scheme. The vision is clearly to bring down the healthcare budget of every citizen of India through providing quality generic and life saving medicines at affordable prices.

The Jan Aushadhi initiative will also encourage doctors, more specifically in government hospitals to prescribe generic medicines and enable substantial savings in health care more particularly in the case of poor patients, senior citizens and those suffering from chronic ailments requiring long periods of drug use. It is important for the public to understand the core idea of the scheme and make it successful by shifting to this scheme so that the whole pharmaceutical industry in India is revolutionized in favour of the public at large, quickly and efficiently.

The second health welfare scheme is the Ayushman Bharat free health insurance scheme covering a family up to Rs.5 lakhs per annum (family-floater) in case of hospitalisation. Among the scores of central government schemes for the welfare of the public in the country, the Ayushman Bharat is the most unique, modern and beneficial measure for the cause of the public good. This is definitely a great service rendered to the people of the defined economic categories under the scheme by the government. However, in case of Jammu and Kashmir, the scheme is available to all the citizens of the J&K Union Territory irrespective of the economic or social strata.

It is already decided that the J&K Health Scheme will provide health insurance cover free of cost to all the residents of J&K presently not covered under Ayushman Bharat-PMJAY. The J&K Health Scheme shall have the same benefits as available under AB-PMJAY with an annual health insurance cover of Rs. 5.00 lakh per family on floater basis. The scheme is supposed to cover about 15 lakh families over and above the 6 lakh families already covered under AB-PMJAY. Under the J&K Health Scheme, portability option is available as applicable under AB-PMJAY, which will allow the beneficiary families to avail cashless service from any of the health care providers empanelled under the AB-PMJAY across the country.

The unique scheme has a four dimensional magnitude. On the one hand, it creates a sense of duty and responsibility within the government and the administration towards the health concerns of the citizens and on the other hand it provides the best possible health care to the people at large without any burden on their pockets. It also wakes up a common citizen to the urgency of health security and multiplies the chances of good health among a large number of the senior citizenship. It is hoped that the people will take due advantage of the revolutionary steps of the State. Better late than never.

(The author is a senior BJP & KP leader, Incharge: Deptt of Political Feedback, BJP-J&K and can be reached at ashwanikc2012@gmail.com)