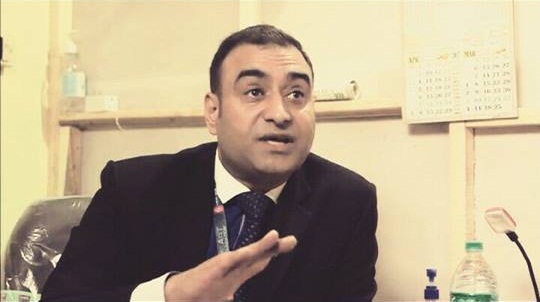 Amid the panic that hand foot and mouth disease (HFMD) is spreading among children, doctors in Kashmir say there is nothing to worry and the viral infection is common and does not need any treatment.

President Doctors Association Kashmir and flu expert Dr Nisar Ul Hassan told that there is no need to panic as it is a self-limiting disease and complications are very rare.

He said that there is a need to confirm HFMD through serology and some other infections can cause similar symptoms.

HFMD is characterized by blisters or sores in the mouth and a rash on the hands and feet, he said, adding the infection can affect people of all ages especially having weak immunity but the infection mainly occurs in children under age 5.

It’s generally a mild condition that goes away on its own within 7-10 days and HFMD is often caused by a strain of Coxsackievirus, most commonly Coxsackievirus A16. The Coxsackievirus is part of a group of viruses called enteroviruses. In some cases, other types of Enteroviruses can cause HFMD, he said. “If a child is diagnosed with HFMD, he or she should be home quarantined for 7 to 10 days,” he said, adding that the disease is not like Covid.

HFMD can be contracted through contact with a person’s saliva, fluid from blisters, faeces, hugging, kissing, respiratory droplets that are sprayed into the air after coughing or sneezing besides that it can also be transmitted through direct contact with unwashed hands or a surface containing traces of the virus, Dr Nisar added.

He said that it can be fatal in rare cases and it can affect the central nervous system, causing meningitis, encephalitis and myocardium.