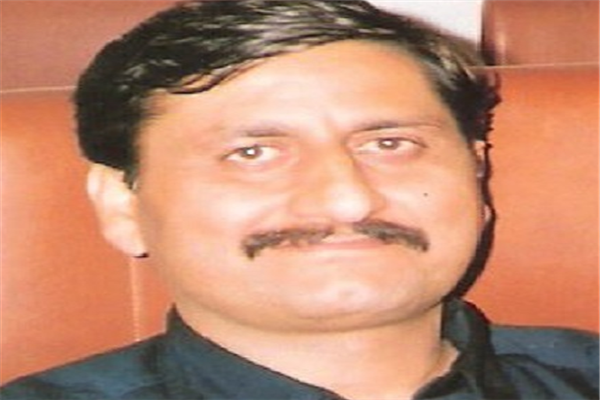 On the occasion of the martyrdom day of 9th Sikh Guru, Shri Teg Bahadur ji Maharaj, it is an opportunity to remember his work, contribution, services, struggle and sacrifice for the cause of the cherished values. Guruji was born on 21 April 1621 at Amritsar, Punjab.  He was the youngest son of Guru Hargobind ji, the sixth Sikh guru and Mata Nanaki & is recognised as a principled, farsighted and fearless warrior besides being a learned spiritual scholar and a poet. His 115 hymns are included in Sri Guru Granth Sahib Ji, the main spiritual guide of Sikhism which is also recognised as the living guru.

Guru Tegh Bahadur Ji was executed (by beheading) on the orders of Aurangzeb, the sixth Mughal king, in Delhi. Sikh holy premises Gurudwara Sis Ganj Sahib, Chandni Chowk and Gurudwara Rakab Ganj Sahib in Delhi mark the places of execution and cremation of Guru Tegh Bahadur ji. His martyrdom is remembered as the Shaheedi Divas of Guru Tegh Bahadur Ji every year on Marg Shuklapaksh Panchami (as per the Sanatan Calender). His head (Sis) was taken to Anandpur Sahib ji in Punjab where it was cremated with full honours while the body was cremated in a house at Raisina where Gurudwara Rakab Ganj is situated in Delhi.

Guruji made his supreme sacrifice to uphold 5Hs, i.e. Human Values, Humanity, Hindu Dharma, Human Rights and Humanitarian World View. The historian, Syed Mohammad Latif says that 'hundreds of Brahmins had been thrown into jail and promised freedom if they converted to Islam. A number, under the leadership of Pandit Kirpa Ram of Kashmir, met Guru Tegh Bahadur when he returned to Anandpur to seek his help'. Pandit Anand Kaul Bamzai, historian and the first President of the Srinagar Municipal Committee in his book, The Kashmiri Pandit in 1924, quotes two important Sikh history books in this context. He writes that " the following is briefly the account recorded in Gurmukhi in the Guru Khalsa Twarikh, by Bhai Gyan Singh Gyani, in its Part III, page 1354, and also in the same language in the Suraj Prakash by Bhai Santosh Singh Gyani (in the time of Maharaja Ranjit Singh) in its Part I, Chap. X:

Under the commands of Aurangzeb, Iftikhar Khan (appointed as Governor of Kashmir in 1674) was using torture towards the Pandits in Kashmir. Some pious men among the Pandits then met and decided to go to Amarnath (cave) and invoke mercy of Shiva there for deliverance from the tyrannies of this bigot. At the Amarnath Cave one of the Pandits saw Shiva in a dream who told him to go to Teg Bahadur, the ninth Sikh Guru, in the Punjab and ask for his help to save Hindu religion. He spoke to his companions about this revelation. Then they returned, and about 500 Pandits collected and proceeded to Amritsar and thence to Anandpur (the then Check-Nanaki) where Guru Teg Bahadur was living. They told him about the terrible atrocities committed on them by Aurangzeb's governor, Iftikhar Khan.

The Guru was deeply touched on hearing the details, and was in a sorry and pensive mood. At that time his son, Guru Govind Singh (Gobind Rai), who was then a child of nine years of age and was playing outside, came to him. He saw a crowd of Pandits sitting there in distress and his father mute as a fish. He asked his father what he was contemplating. Guru Teg Bahadur pointed towards the Pandits, told his son mournfully that these Hindus were being forced to renounce their religion and that, he thought, they would be protected if some holy man offered himself to be sacrificed for them. Guru Govind Singh, with folded hands, said to him- 'who else is a holier man, fit for being sacrificed than yourself for saving the Hindu religion? It is, you know, the foremost duty of a Kshatriya to give his head for rescuing the Cow and the Brahmin'.

Guru Teg Bahadur told him- 'I have absolutely no hesitation in giving my head but I am grieving that, as you are a child of nine years only, who would take your care after me'. Guru Govind Singh replied earnestly, 'Almighty God would take my care'. Guru Teg Bahadur was pleased to hear this courageous answer from his worthy son and then advised the crowd of the Pandits to go to Aurangzeb and tell him straight-away that they, together with all the Brahmins in Kashmir, were quite ready to embrace Islam if Teg Bahadur, who was the Chief Guru of the Hindus, would first be converted. The Pandits went to Nawab Zalim Khan, the then Governor of Lahore, and presented to him their petition which had been dictated by Guru Teg Bahadur. The governor gladly endorsed it and gave it back to the Pandits for presenting it to the emperor at Delhi. He gave them all necessary help for reaching that place safely. They went and presented the petition to Aurangzeb.

The emperor was highly gratified to read it, as he thought that the mere conversion of one man would automatically accomplish his wicked design. He called the Qazies and Moulvies in a durbar and joyfully announced the contents of the petition to them. Of course, they all received the tidings with acclamation. He told the Pandits that he cheerfully accepted the condition laid. He sent them back to Kashmir, making suitable arrangements for their return journey. He wrote to Iftikhar Khan, governor of Kashmir, to desist from forcible proselytizing, for, he said, he was now satisfied that no more force was needed for attaining the object in view.

Aurangzeb sent a letter by an official to Guru Teg Bahadur at Anandpur, inviting him to come to Delhi. Before the imperial officer reached him, the Guru accompanied by five attendants, started for Agra on 11th Har 1732 (Vikrami)- 24th June 1675 A.D. At Agra he was arrested by the Kotwal there and sent to the emperor at Delhi. His five attendants went with him, reaching Delhi on Ist Maghar 1732 (15th November 1675 A.D). He had an interview with the emperor. The latter pressingly solicited to him to embrace Islam. The Guru had words with him, roaring emphatically that he spurned the idea. The emperor, thereupon, being off the hooks, wrinkled his brows and ferociously ordered the executioner to take the Guru to a place to be beheaded there.

While being taken to put to death, the Guru quietly told one of his five attendants, Bhai Jita, that, after he was beheaded, he should take away his head to Guru Govind Singh. On 13th Maghar 1732 (27th November 1675 A.D) Guru Teg Bahadur was beheaded. Bhai Jita stealthily took away his head. He cut and ran. When he neared Anandpur, Guru Govind Singh went forth to meet him and, bowing reverently, received his father's head. In the turban bound round the head was found a paper with the following ennobling words written thereon (in Persian) Sar-i-Khud dadam magar sir-i-Khuda na dadam meaning that he had given his head but not God's secret (Dharam). The head, which wore the glorious crown of martyrdom, was duly cremated. Guru Govind Singh, being intensely grieved at the ferocity of Aurangzeb in killing his innocent father, took a solemn vow to avenge his death by taking to arms and embarking on a crusade to free the country from the Mughals."

It is important to mention here that the martyrdom of Guruji was proceeded by an unparalleled torture and martyrdom of his three hard-core disciples for the same noble cause, right before his eyes in order to enforce pressure upon him. These included Bhai Matidas, Bhai Satidas and Bhai Dayala. Their supreme sacrifices established their glorious character and benevolence like that of their Guru. Thus Guruji and his ardent disciples rekindled the basic principles of hope of righteousness and all human rights for all. Pt. Kripa Ram Dutt, consequent upon the sacrifice of the Guruji, joined Guru Gobind Singh Ji and later the Khalsa forces and fought battles against the Mughals under the leadership of the 10th Guru. He, as Bhai Kripa Singh, also made his supreme sacrifice in the battle of Chamkaur Sahib in Punjab, where his Samadhi was erected later.

Guruji's supreme sacrifice reminds one of the historic lines of the famous English bard, Lord Macaulay:

To every man upon this earth

And how can man die better

For the ashes of his fathers

And the temples of his gods?