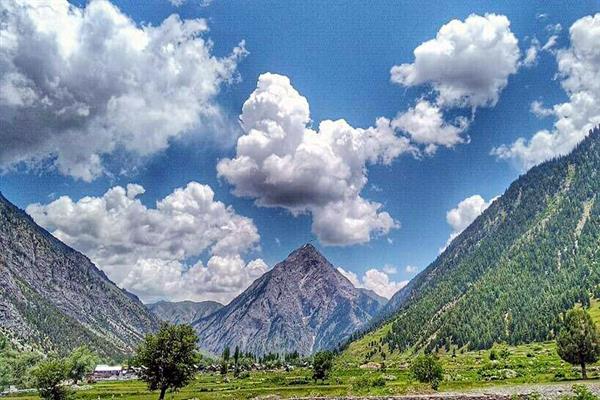 Bandipora, Aug 08: Once bastion of fear, Gurez valley in North Kashmir's Bandipora district is all set to witness record breaking tourists this year.

Tourism in Gurez along with other border areas of Jammu and Kashmir gained momentum after the two countries agreed to hold ceasefire pact in February 2021.
With the ceasefire agreement appearing to survive, residents along the border areas demanded for border tourism trade to be started, a measure that would bring significant economic benefits.
Data available with Rising Kashmir revealed that around twenty thousand tourists including local and national visited Gurez valley so far this year.
Gurez attracted at least 3,000 tourists in 2021-22. In 2020, only 200 tourists were permitted to visit, with the valley under border shelling for most of the year, it added.
An official told Rising Kashmir that the culmination ceremony of Gurez festival will likely be organised on August 17 to promote Gurez valley as a tourist destination and highlight the heritage and culture of the area.
He said that during the festival, a number of adventure activities like camping, trekking, angling, water sports and other recreational events will be organised.
He further said that some high profile officials and bollywood celebrities will likely grace the occasion.
Musavir, a local youth told Rising Kashmir that ceasefire pact between the two neighbouring countries has brought down the fear and unease of the past nearly three decades and led to the return of special occasions for the people living in the proximity of the border.
Another official told Rising Kashmir that with more tourists visiting Gurez valley, administration has already pitched tent colonies and more will be set up in next months.
He said that the tents have been equipped with modern facilities and have been built in beautiful places with washrooms and kitchen facilities.
The official said that the administration is on the forefront to promote the Gurez valley, besides its infrastructure is also being developed into full swing so that more tourists will visit the valley which can generate the livelihood for people there.