If not treated, gout can lead to high blood pressure, deformed joints, and even death from kidney failure. Fortunately, the condition is easily treated 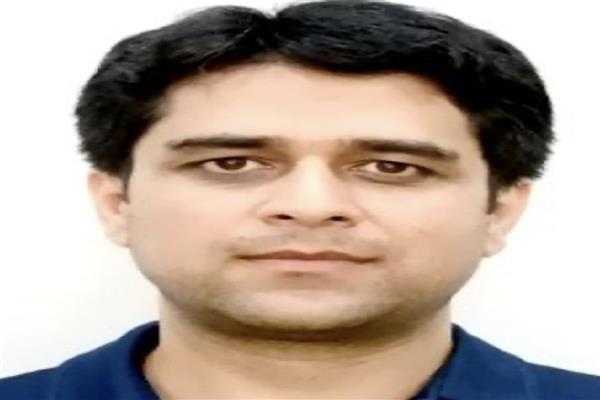 Gout is a form of acute arthritis that causes severe pain and swelling in the joints. It most commonly affects the big toe, but may also affect the heel, ankle, hand, wrist, or elbow. Gout usually comes on suddenly, goes away after 5–10 days, and can keep recurring. Gout is different from other forms of arthritis because it occurs when there are high levels of uric acid circulating in the blood, which can cause urate crystals to settle in the tissues of the joints.

Uric acid, which is found naturally in the blood stream, is formed as the body breaks down waste products, mainly those containing purine, a substance that is produced by the body and is also found in high concentrations in some foods, including brains, liver, sardines, anchovies, and dried peas and beans. Normally, the kidneys filter uric acid out of the blood and excrete it in the urine. Sometimes, however, the body produces too much uric acid or the kidneys aren’t efficient enough at filtering it from the blood, and it builds up in the blood stream, a condition known as hyperuricemia. A person’s susceptibility to gout may increase because of the inheritance of certain genes or from being overweight and eating a rich diet. In some cases, another disease (such as lymphoma, leukemia, or hemolytic anemia) may be the underlying cause of the uric acid buildup that results in gout.

Hyperuricemia doesn’t always cause gout. However, over the course of years, sharp urate crystals build up in the synovial fluid of the joints. Often, some precipitating event, such as an infection, surgery, a stubbed toe, or even a heavy drinking binge can cause inflammation. White blood cells, mistaking the urate crystals for a foreign invader, flood into the joint and surround the crystals, causing inflammation—in other words, the redness, swelling, and pain that are the hallmarks of a gout attack.

As a result of high levels of uric acid in the blood, needle-like urate crystals gradually accumulate in the joints. Urate crystals may be present in the joint for a long time without causing symptoms. Infection, injury to the joint, surgery, drinking too much, or eating the wrong kinds of foods may suddenly bring on the symptoms, which include pain, tenderness, redness, warmth, and swelling of the joint. In many cases, the gout attack begins in the middle of the night. The pain is often so excruciating that the sufferer cannot bear weight on the joint or tolerate the pressure of bedcovers.

The inflamed skin over the joint may be red, shiny, and dry, and the inflammation may be accompanied by a mild fever. These symptoms may go away in about a week and disappear for months or years at a time. However, over the course of time, attacks of gout recur more and more frequently, last longer, and affect more joints. Eventually, stone-like deposits known as tophi may build up in the joints, ligaments, and tendons, leading to permanent joint deformity and decreased motion. (In addition to causing the tophi associated with gout, hyperuricemia can also cause kidney stones, also called renal calculi or uroliths.)

Gout affects millions of people around the world. It most commonly afflicts men. Uric acid levels tend to increase in men at puberty, and, because it takes 20 years of hyperuricemia to cause gout symptoms, men commonly develop gout in their late 30s or early 40s. Women more typically develop gout later in life, starting in their 60s. According to some medical experts, estrogen protects against hyperuricemia, and when estrogen levels fall during menopause, urate crystals can begin to build up in the joints. Excess body weight, regular excessive alcohol intake, the use of blood pressure medications called diuretics, and high levels of certain fatty substances in the blood (serum triglycerides) associated with an increased risk of heart disease can all increase a person’s risk of developing gout.

Usually, physicians can diagnose gout based on the physical examination and medical history (the patient’s description of symptoms and other information). Doctors can also administer a test that measures the level of uric acid in the blood. While normal uric acid levels don’t necessarily rule out gout and high levels don’t confirm it, the presence of hyperuricemia increases the likelihood of gout. The development of a tophus can confirm the diagnosis of gout. The most definitive way to diagnose gout is to take a sample of fluid from the joint and test it for urate crystals.

The goals of treatment for gout consist of alleviating pain, avoiding severe attacks in the future, and preventing long-term joint damage. In addition to taking pain medications as prescribed by their doctors, people having gout attacks are encouraged to rest and to increase the amount of fluids that they drink.

Acute attacks of gout can be treated with nonaspirin, nonsteroidal anti-inflammatory drugs (NSAIDs) such as naproxen sodium, ibuprofen, or indomethacin. In some cases, these drugs can aggravate a peptic ulcer or existing kidney disease and cannot be used. Doctors sometimes also use colchicine, especially in cases where nonsteroidal anti-inflammatory drugs cannot be used. Colchicine may cause diarrhea, which tends to go away once the patient stops taking it.

Corticosteroids and adrenocorticotropic hormone may be given orally or may be injected directly into the joint for a more concentrated effect. While all of these drugs have the potential to cause side effects, they are used for only about 48 hours and are not likely to cause major problems. However, aspirin and closely related drugs (salicylates) should be avoided because they can ultimately worsen gout. Once an acute attack has been successfully treated, doctors try to prevent future attacks of gout and long- term joint damage by lowering uric acid levels in the blood. Prognosis

Gout cannot be cured but usually it can be managed successfully. As tophi dissolve, joint mobility generally improves. (In some cases, however, medicines alone do not dissolve the tophi and they must be removed surgically.) Lowering uric acid in the blood also helps to prevent or improve the kidney problems that may accompany gout.

For centuries, gout has been known as a “rich man’s disease” or a disease of overindulgence in food and drink. While this view is perhaps a little overstated and oversimplified, lifestyle factors clearly influence a person’s risk of developing gout. Since obesity and excessive alcohol intake are associated with hyperuricemia and gout, losing weight and limiting alcohol intake can help ward off gout. Dehydration may also promote the formation of urate crystals, so people taking diuretics or “water pills” may be better off switching to another type of blood pressure medication, and everyone should be sure to drink at least six to eight glasses of water each day. Since purine is broken down in the body into urate, it may also be helpful to avoid foods high in purine, such as organ meats, sardines, anchovies, red meat, gravies, beans, beer, and wine.

The symptoms of gout—severe pain, usually in the hand or foot (often at the base of the big toe), but sometimes in the elbow or knee—should be reported to a health care professional. If not treated, gout can lead to high blood pressure, deformed joints, and even death from kidney failure. Fortunately, the condition is easily treated. For patients who have just had their first attack, physicians may prescribe only medicine to reduce the pain and inflammation, such as nonsteroidal anti-inflammatory drugs, corticosteroids, or colchicine.

Patients may also be advised to change their eating and drinking habits, avoiding organ meats and other protein- rich foods, cutting out alcoholic beverages, and drinking more water. Some people never have another gout attack after the first. For those who do, physicians may prescribe additional drugs that either help the body get rid of uric acid or reduce the amount of uric acid the body produces. These drugs will not relieve gout attacks that already have started, but will help prevent attacks when taken regularly.

Seeing a physician regularly while taking gout drugs is important. The physician will check to make sure the medicine is working as it should and will watch for unwanted side effects. Blood tests may be ordered to help the physician monitor how well the drug is working.

Drinking alcohol, including beer and wine, may increase the amount of uric acid in the body and may interfere with the effects of gout medicine. People with gout (or other conditions that result from excess uric acid) may need to limit the amount of alcohol they drink or stop drinking alcohol altogether.

Some people feel drowsy or less alert when taking gout drugs. Anyone who takes this type of medicine should not drive, use machines or do anything else that might be dangerous until they have found out how the drugs affect them.

Some gout drugs may change the results of certain medical tests. Before having medical tests, anyone taking this medicine should alert the health care professional in charge. Older people may be especially sensitive to the effects of colchicine. The drug may also stay in their bodies longer than it does in younger people. Both the increased sensitivity to the drug and the longer time for the drug to leave the body may increase the chance of side effects.

(Author is Medical Practitioner and can be reached at: mir.muzaffar@yahoo.com)