Gene Therapy: The Future Of Medicine

Can this technology empower us to take preemptive decisions about our future health? It isn't hard to figure out, "why not?" 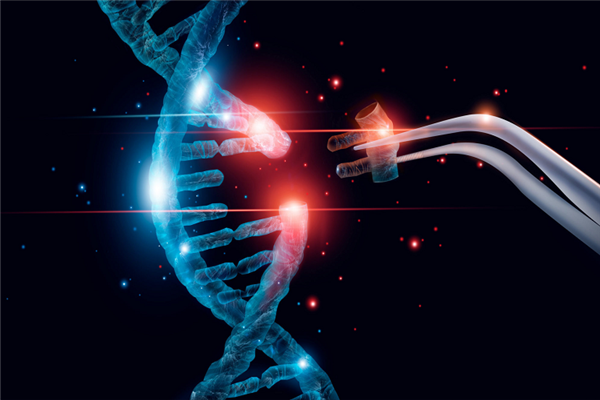 Modern medicine has come a long way. The collective work of innumerable researchers in this field of science has, only just, opened up hitherto unknown realms encompassing the human body, mind and the many extraneous factors affecting it while, at the same time, new vistas of promising new advances and development are being opened in our everlasting quest to conquer disease, disability and frailties of the human physical and mental state.

While diseases can be caused by external factors like germs, pollution, lifestyle factors and so on yet, out of the 25000 genes that comprise the human genome, mutations in more than 1800 have already been identified as causing hereditary disorders.

The treatment of such known hereditary disorders will, in the near future depend on the development of "genetic medicines"--- therapies that use a method referred to as "genetic engineering" in which the building blocks of our life-- our genes are intentionally manipulated to modify gene expression to correct or compensate for a faulty expression resulting in disease or debility.

The interesting thing is that far-fetched as it may sound, humanity has already started to develop and, in some cases, to even reap the benefits of this rapidly evolving science that will, one day, change the course of traditional medicine and therapeutics.

Take, for example, the recently developed mRNA vaccine for covid-19. Although researchers have been studying and working with mRNA vaccines for decades, these vaccines were made available to the common man only recently, necessitated, in major part, to the upheaval brought about by the SARS CoV-2 pandemic.

mRNA vaccines are different from traditional vaccines. Unlike traditional vaccines, they don't expose the recipient to any virus. Instead, they are made with Messenger Ribonucleic Acid or mRNA. This is a type of molecule that gives instructions to the cell on how to make different kinds of proteins. mRNA molecules are a natural part of our cells. In case of the mRNA vaccine for covid, the mRNA that codes for the synthesis of "spike protein" (which is a harmless piece of protein that resembles the spike protein on the surface of the covid virus) is synthetically synthesized as a code in the laboratory, coated in a nanoparticle lipid membrane and injected into the arm where some muscle cells take mRNA instructions in the vaccine and make the spike protein.

This scenario could have been the gist of a sensational medical thriller just a few decades ago but thanks to exponential developments in medical research and innovation it is a reality and has helped save numerous precious lives.

Messenger RNA technology could have numerous other uses and, in fact, this facet of genomic engineering is being further pursued and developed by various reputed biotechnology companies like Intellia therapeutics, CRISPR technologies, Bluebird bio, Translate bio, EDITAS medicine to name a few. Some of the more established heavyweights in the pharmaceutical industry like Bayer, Johnson and Johnson, Sanofi and AbbVie are acquiring promising genetic biotechnology start-ups to up their stake in the game.

Bone marrow stem cell transplantation from individuals that express the normal gene has already been used to treat various inherited diseases like diseases of the red blood cells (RBCs) that carry oxygen in our blood, inherited cellular enzyme and storage disorders, immunodeficiencies (in which our bodys' defense against disease causing microorganisms is impaired).

Directly repairing the disease at its genomic source is a tantalising prospect which may lead to a true cure for many intractable conditions. One such technique called CRISPR is a powerful tool for editing genomes, allowing researchers to alter DNA sequences and modify gene function.

It has many potential applications including correcting genetic defects in inherited disorders like hemoglobinopathies- a group of disorders of the oxygen carrying hemoglobin molecule of the red blood cell (RBC). Inherited hemoglobinopathies beta thalassemia and sickle-cell disease currently require lifetime treatment that can result in the need for regular transfusions, painful symptoms and a marked decline in the quality of life of the affected individual. Gene therapy aims to treat these inherited red blood cell disorders with gene-edited hematopoietic stem cells (gene-edited stem cell therapy).

Morever, CRISPR will drive the next generation of immuno-oncology gene therapy. Already, two chimeric antigen receptor (CAR) T-cell therapies have been approved by the Food and Drug Administration (FDA) to target cancer cells and further development in the sphere of CAR-T cell therapy is progressing rapidly.

In November 2021, Vertex pharmaceuticals, in collaboration with Harvard Stem Cell Institute announced a first of its kind cure of a patient with type-1 insulin dependent diabetes based on an investigational stem cell derived, fully differentiated pancreatic islet cell replacement therapy. Hailed by scientists as a seminal moment in our fight against diabetes this approach could eventually lead to a full-on cure for not only this disease but also for conditions which, uptil now, have been managed by external medical approaches.

Can this technology empower us to take preemptive decisions about our future health? It isn't hard to figure out, "why not?"

On May 14, 2013 the acclaimed Hollywood actress Angelina Jolie announced in a New York Times op-ed that she'd had a 'preventive double mastectomy'-- a surgical removal of both breasts after testing positive for mutations in the BRCA 1 gene which put her at an increased risk of developing breast and ovarian cancers. It is very difficult for a woman to publicly discuss these sensitive issues but it was Jolies' resilience against odds to inform and spread awareness of breast cancer.

As a star she could positively influence a lot more people than any doctor with high credentials! Jolie had faced a lot of suffering due to this disease as both her mother and grandmother had died of breast cancer at a relatively early age. Jolie herself did a genetic test that confirmed she was carrying a dangerous mutation of the BRCA 1 gene.

Scientific evidence in her case pointed to an 87% risk of developing breast cancer. Jolie preempted the deadly disease and had both her breasts removed surgically. She writes, "I am writing about it now because I hope that other women can benefit from my experience. Cancer is a word that strikes fear but today it is possible to find out through a blood test whether you are highly susceptible to breast and ovarian cancer, and then take action."

Only a fraction of breast cancers result from an inherited gene mutation. Those with a defect in BRCA 1 have a 65% risk of getting it, on average.

I conclude with this beautiful message pinned by the Massachusetts based biotechnology firm Bluebird Bio on their homepage: "Recoding gives us the opportunity to rewrite stories. The story of medical innovation. The story of disease, treatment and healthcare. Because things we may think of as permanent are actually open to reimagining and revisiting."

Box: Gene editing technology may usher in a new phase of regenerative medicine 2.0. The use of genetically modified stem cells to repair or replace tissue or organ function lost to disease, damage or age holds tremendous promise