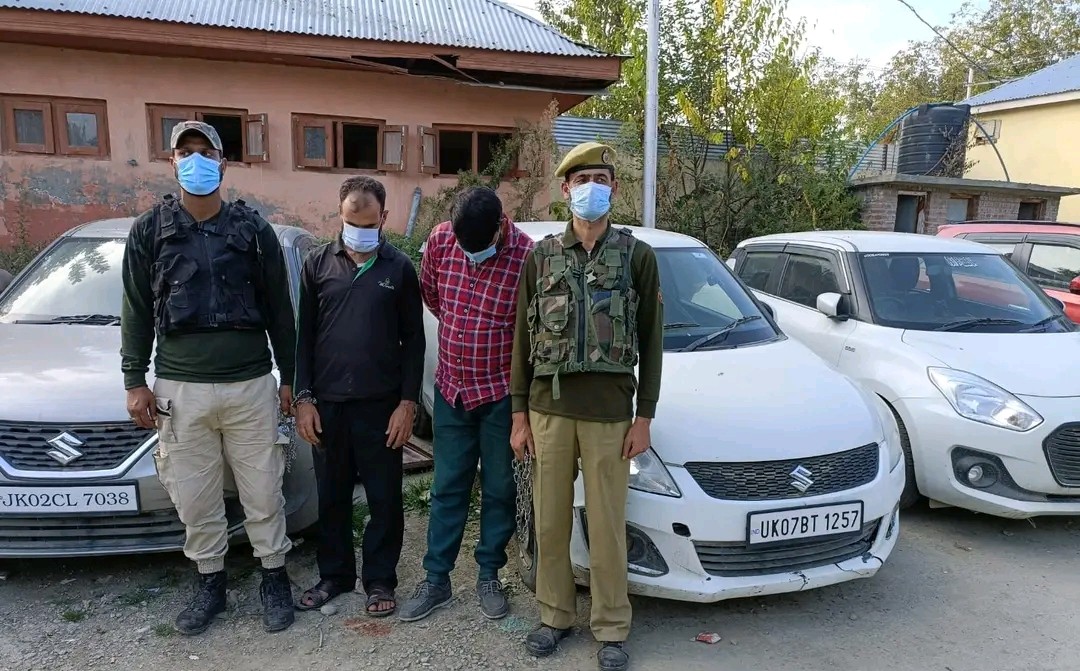 Jammu and Kashmir Police on Monday claimed to have busted a gang of car jackers by arresting two accused and seized five vehicles in Central Kashmir's Budgam district.

A police spokesman said, "Acting on an information, Police Station Chadoora Budgam busted a gang of car jackers/thieves and arrested 02 persons involved in the sale and purchase of stolen vehicles. The modus operandi of the involved gang has been to smuggle the stolen vehicles from other states with fake and forged documents and selling the same to the locals at quite a cheaper rates."

He said that a case FIR No. *135/2022* under relevant sections of the law has been registered at Police Station Chadoora and investigation started.

The spokesman said that Investigation of the case is going on and involvement of some more persons has been established in the said case and are expected to be arrested very soon.