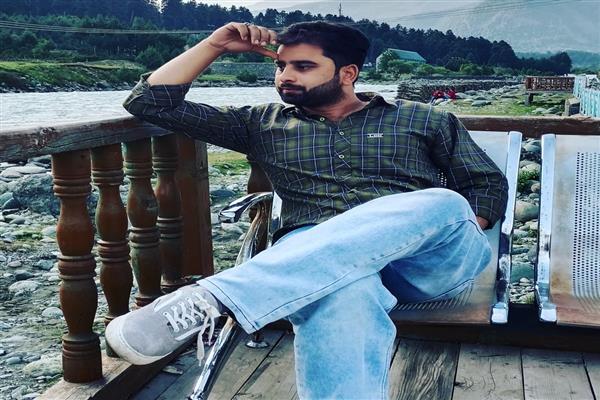 Sheikh Zubair Ahmad, an innovator, has made a number of innovations and is always curious to look for modern ways of solving problems. He believes that the new day problems demand new day solutions.

“Whatever I am doing should make the work easier. Also it should be affordable and proves comfortable for the user. If it doesn’t fulfill these criteria then an innovator hasn’t done his work properly,” said Zubair who lives in South Kashmir’s Anantnag district.

Belonging to the area which lacks basic amenities, he has made a number of innovations and is working on some more.

Motor Operated Grain Threshing Machine, Emergency Ventilator, Emergency Solar Mobile Phone Charger, Bread Making Machine, Magic Hammer and Electric Samovar are some of his successful innovations and ideas that he is working on.

For the threshing purpose of paddy and wheat, he had made a threshing machine which works with the help of a kerosene motor.

Traditionally, the process of threshing is done by beating the harvested grains with a stick with the help of hands.

He said that most of the people in his village have agricultural background and some are not able to afford the machines because of the high cost. “They either have to take hefty loans or they do the threshing process manually which is a cumbersome process and also has serious repercussions on health,” he said.

As the cost of other threshing machines available in the market is around 1 lakh, he said his machine is below the half price of the machines in the market.

“My machine is portable, light in weight and has low maintenance and the labour cost is also low. The production value is also high as compared to the machines available in the market,” he said.

He further added that the machine can be widely used in mountainous, hilly areas which are inaccessible areas for harvesters and do not have availability of electricity.

Talking about his Emergency Ventilator, he said it was made at a time when coronavirus was at its peak and the patients were suffering due to the dearth of ventilators in hospitals.

The ventilator has a small motor that functions on multiple energy sources. He said, “It can be run on electricity both AC and DC power supply, solar energy and battery. It is simple and has three meters installed for volume and pressure. Its size is also suitable for vehicles of any size.”

Another device made by him, the Emergency mobile charger works with a solar panel and a battery. He said, “There are times when there is no electricity or we go to a place and can’t find an electric source to charge our phone. This device can be used to charge our laptops as well.”

Talking about the bread making machine, he said that he got the idea when people have to wait in line at the baker’s shop early in the morning to get bread. The machine can do the mixture and kneading process of the dough on its own.

He said, “By giving instructions about the size of the bread, the machine can prepare dough on its own. Then the baker has to bake the bread in the traditional oven. This can speed up the process of bread making and kneading can be done in a sophisticated manner”

He said that people sometimes find hair strand or other impurities in the bread as the bakers prepare the dough with their hands. “When it will be done with the help of machine, there will be no chance of impurities and people can have pure bread,” he said.

Talking about the magic hammer, the conventional hammer has to be handled with one hand and the nail is held with another. The magic hammer can do both tasks with a single hand. It has a nail fitted already which doesn’t allow the labour to use his other hand.

He said that the device is good for the laborers that usually work on tall buildings and have chances of falling. With the tool made by him, they can keep themselves safe.

“We come across many news reports where we see laborers die due to falling from tall buildings. With the magic hammer, they can fit the nails with the hammer single handedly,” he said.

Presently Zubair is working on the idea of electric samovar – the same traditional samovar with some modifications which brews tea like an electric kettle does.

The traditional Samovar used to brew nun-chai and requires coal for its preparation. One has to air the coal repeatedly and smoke coming from the burning of the coal causes irritation in eyes and throat. To avoid all the unhealthy consequences of smoke, he has an idea of making an electric samovar.

Zubair lost his father in 2011 which put many responsibilities on his shoulders. After clearing 10th class examinations, he pursued a diploma. Currently, he works as an electrician to earn his livelihood.

He said that the innovators of Kashmir are not provided with enough platforms. “We should get proper material for our innovations and some help to convert our ideas into substantial products.”