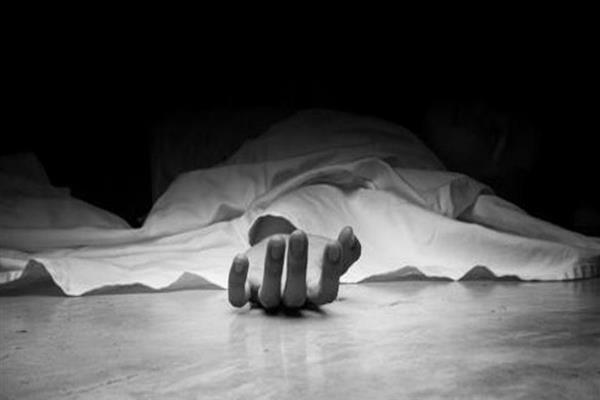 Srinagar, July 09: A death of 21-year youth sparked massive protests in the Natipora area of Srinagar on Saturday evening. The family of the youth alleged that he was killed by police torture while police rejected the claims.

The family of the slain alleged that their son was a driver and was not involved in any crime.

Nazir Ahmad, a close family member of the deceased told Rising Kashmir that Lone was called by the Nowgam Police Station on Saturday morning. He alleged that he died due to torture and later his dead body was handed over to the family.

“He was an auto-driver and was not involved in any untoward activity. We demand an impartial investigation into the incident,” Nazir said.

Another local, Imtiyaz Ahmad, said that Lone has a clear record and no FIR or any case was registered against him. “Except for justice, we need nothing,” he said.

“He was innocent and alleged that he was killed by police,” he said.

Senior Superintendent (SSP) Rakesh Balwal told Rising Kashmir that Lone died due to an overdose of drugs and was called to PS Nowgam Srinagar regarding an FIR no.95/22 u/s 397 IPC in a theft case.

“During questioning his health condition got worse as he had taken heavy drugs and was not responding well. After that, he was handed over to his family members. They took him to hospital where he had died,” he said.

“He came in at 11 in the morning and after seeing his condition was handed over to his family at 1 pm. We asked the family to take him to the rehabilitation center,”   SSP said.

Regarding the claims of custodial murder of youth by family, SSP Balwal said rejected the family claims. He said if the family cooperates, the dead body will be taken for post-mortem and if anyone will be found involved in the case, action will be taken against the accused and a proper FIR will be registered.