We as industry, as well as other stakeholders, must intensify our efforts also to make India a clean energy economy with high growth and better health outcomes for our people. It is no longer a choice. It is a must 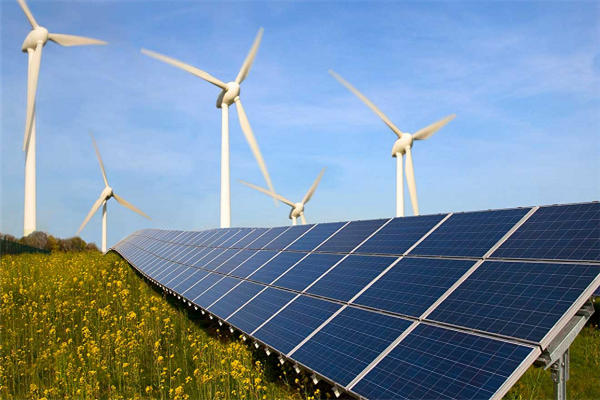 India’s historic transition to clean energy is upon us and the momentum driving the country forward to its climate goals is accelerating. Recent events show the nation is taking huge steps in its transformative shift:  from Prime Minister Narendra Modi’s historic commitment at COP26 to achieve 500 GW of non-fossil fuel installed electricity capacity by 2030 to the greenest budget a month ago and, more recently, the first phase of a Green Hydrogen policy.

The energy future is exciting but to reach it will require a strenuous and continuous multi-stakeholder effort including by renewable energy companies, policymakers, investors, the public sector, and financial institutions.

The Centre has rightly identified energy storage as a distinct and crucial link in the energy value chain. This is key as India will be looking at increasing renewable energy (RE) generation from the current 12-13% to over a third of total generation to meet its climate goals. This is an unprecedented ~300 GW addition of renewables in less than nine years.

Renewable energy depends on nature and on its vagaries and sudden changes. Therefore, to integrate this colossal amount of RE in a cost-effective, rapid and stable manner, we urgently need the unique capabilities of flexible storage systems to absorb, store and then reinject electricity as per the grid’s requirements.

The International Energy Agency (IEA) in its India Energy Outlook 2021 noted: “India has a higher requirement for flexibility in its power system operation than almost any other country in the world.” It further stated: “Battery storage is particularly well suited to the short-run flexibility that India needs to align its solar-led generation peak in the middle of the day with the country’s early evening peak in demand.”

Over the past 10 years, India’s renewable journey tells a very impressive tale. Looking at just solar alone, it soared from a mere 35 MW in 2011 to 35,000 MW in 2021. While industry played its part, smart, responsive and adaptive policymaking over the past decade deserves much credit. The battery storage sector looks for more of the same as RE becomes a critical part of the national grid.

Battery Storage: Jack of all trades for India

India, with one of the world’s largest synchronized grids is witnessing increasing variable generation and ever-changing demand patterns and will face significant challenges in grid balancing. These imbalances in demand and supply come at both seasonal and daily level. While seasonal demands are best catered to by market forces, daily variations have to be addressed by battery storage.

Across the globe, battery is fast emerging as a ‘jack-of-all trades’ solution and becoming integral to grid management, as well as for planning by system operators/distribution utilities at various nodes of power sector:   distribution, transmission and generation.

In Australia, the 100MW Hornsdale Power Reserve is realizing its revenue from multiple applications like frequency support, market arbitrage, energy shifting, renewable smoothening and has got its payback within a short span of time.

The good news is that, during the past decade, the cost of battery storage has declined sharply, and the trajectory is expected to continue south in the near future. There are already examples such as the US and UK where battery storage provides an economically viable source of flexibility and reliability for grid networks.

Indian battery storage demand will see significant opportunities coming from electrified mobility, as well as from stationery storage requirements. As per NITI Aayog, India’s battery storage market is expected to reach more than 1000 GWh by 2030, translating to a cumulative market size of US$250 billion from extremely negligible today.

Out of the 1000 GWh, power sector demand alone is expected to be close to 150GWh, translating into US$60 billion of capital investment in projects. For the total 1000 GWh capacity deployment, we will need a manufacturing investment of around US$16.5 billion over the next five-to-six years. This will translate into a capacity of around 150 GWh per annum, creating thousands of jobs in manufacturing and construction.

The global capacity to manufacture battery storage grew sevenfold in the past decade. China holds 78% with much smaller shares with Japan and Korea. Europe is also fast emerging as a key investment destination for battery manufacturing.

As per Bloomberg, the total manufacturing capacity as on date stands at approximately 1,500 GWh. This is expected to increase to around 4,700 GWh by 2030. Currently, China alone constitutes nearly 75% (1,100 GWh) of total manufacturing capacity and it will continue to have the lion’s share going forward, even though its share is expected to fall to around 64% by the start of the new decade.  Strategic tie-ups with companies owning critical mineral mines in countries such as Chile, Peru, and Bolivia has helped China gain this competitive advantage over the rest of the world.

As for Europe, while the supply chain for manufacturing is not as robust as China's, the demand for batteries is surging and multiple giga-factories will come up soon. This demand  is driven by the transition towards electrified mobility, as well as grid-scale storage. Countries like UK, France, and Germany, have clear and well-established markets for ancillary services, which require deployment of battery storage on a mass scale.

Challenges for India on horizon

As India ramps up its unprecedented RE expansion in a race to net zero, battery storage will be a critical catalyst. However, given the global backdrop, including in China and Europe, there are challenges to address:

The right valuation for storage

Energy storage is a non-generating asset and any initiative to reduce its cost will improve its viability. However, batteries are currently taxed heavily with taxes and duties totaling over 40%. This results in increases of almost 20% in power tariffs.

Creating the right markets for storage

The effective use of storage lies not just with generation projects but at all levels of the power ecosystem, including transmission and distribution. Wherever battery storage is deployed, the key lies in using the full value stack of applications for maximum asset utilization. It is, therefore, critical that the right policies are formulated towards developing multiple application cases for energy storage and creating participatory markets for them.

Moreover, since storage systems costs have been on a steep decline, and this is set to continue, it is critical that while planning is done for the long term, tie-ups for storage services be for shorter durations.

Relaxation in tax and duty incidence

Just like the Centre presciently helped build a strong demand pipeline initially for RE generation through concessions/exemptions on custom duties and excise for capital equipment, something similar should be considered for battery storage. The government may consider putting energy storage systems in a lower GST bracket (5%) and doing away with import duties in the initial few years, which can be gradually increased as India becomes Atmanirbhar (self-reliant) in manufacturing of batteries. In addition, transmission waivers and an interest rate subsidy will help reduce the per unit cost of energy to consumers.

Additionally, for the initial few projects, it will be worth considering Viability Gap Funding to attract investors and interest from grid operators. Along with this, and to incentivize and provide a stable revenue stream to storage operators, additional RE certificates can be awarded for each unit of energy dispatched from the storage system for the next three-to-five years.

Strategic sourcing and a full bouquet of technologies

The government could consider a sourcing strategy for critical minerals, which are used in manufacturing batteries. These could be in the form of strategic partnerships with countries like Australia. Another important aspect to consider is creating an ecosystem that enables the  development of alternate storage technologies such as flow batteries, sodium ion, sodium sulphur, and compressed air energy systems. This is key as all these technologies use minerals like sodium, sulphur, vanadium, steel, and iron that are abundantly available in India. Moreover, this also negates the necessity, to a large extent, of emission-intensive sourcing.

As India restructures its entire power architecture, it will require the full bouquet of storage solutions to address different needs across different regions for different sectors and consumers, in order to effectively move towards net zero.

In addition to the manufacturing ecosystem, developing the deployment structure including quality integration and dynamic software analytics, as well as a laser focus on performance, is important. Anticipating this, global battery storage leader US-based Fluence is setting up base in India, via a tie up with ReNew Power, to provide localized storage solutions.

It is clear that battery storage is critical in India’s shift to renewables. Against this context, policy makers need to continue with their inspiring run of policymaking as they have done with wind and solar over the years and, more recently, with the budget and  green hydrogen. They need to assess what will ensure the stability of the grid when renewables make up a huge slice of the power pie. There are a number of options from flexibility to deciding use cases later to clear fiscal benefits, such as reduction of taxes and duties, as well as the creation of a local manufacturing eco-system. As it develops the battery eco-system, the government and industry should also be cognizant of adopting a sustainable approach.

An all-stakeholder, all-in effort is required to ensure that battery storage plays its critical role in India’s energy transition and decarbonization journey. The government has shown its willingness and its ability to act. The tone has already been set: India has added 150 GW of renewables in just over a decade, which is a remarkable achievement by any standards. We as industry, as well as other stakeholders, must intensify our efforts also to make India a clean energy economy with high growth and better health outcomes for our people. It is no longer a choice. It is a must.

(Sumant Sinha is the Chairman and CEO of ReNew Power and President-designate of Assocham).