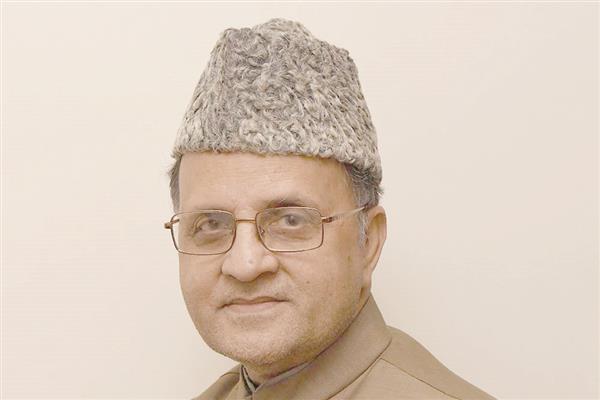 Prophet Mohammad (SAW) was anointed  fourteen centuries ago though humanity was existing much before that too. Quran reveals twenty four names of other prophets who lived during the earlier phases of human history and they too had guided their respective communities. The book further affirms that there were many more messengers and prophets spread across the globe whose names are not mentioned therein, yet each one of them is to be equally revered. May peace be upon all of them.

Thus, over millennia, a divine system of guiding the humanity to the right path has been in vogue through a well knit network of prophets and messengers. There have also been long interregnums between two consecutive prophets during which periods the responsibility to guide the humanity switched over to the then spiritual leaders within the given societies.

In God’s scheme pervading the macrocosm the major known creatures include angels, jinns, animals and human beings. But only the human beings were given ‘conscience’ (zameer) with the unique overarching purpose of differentiating and choosing between right and wrong. The exercise of such discretion has many manifestations in the form of what we know as basic tenets and pillars of faith and religious jurisprudence spanning daily, weekly, annual and lifelong dos and don’ts for the individuals and the society.

It is imperative to grasp the divine purpose of creating humanity: So that God tests as to who among the humans are more serviceable to the fellow beings (11.7). Hence, implementation of the commonly understood five tenets of faith is not the end in itself; these are means to achieve the above mentioned larger purpose. These are like exercises of physiotherapy whose ultimate purpose is good health.

If the believers fully internalize this intrinsic divine scheme they would be able to ‘appreciate even the smile on the angelic faces’ as poetically explained by Dr Sir Iqbal:

The divine veil is thin if one is willing to see,

Too clearly visible are the angels’ soft smiles.

Incidentally, we are aware that the entire cosmos lives on continuous and non-stop movement: in the galaxies, inside the atom, inside organic cells. In order to further clarify that humanity itself is fundamentally dynamic in all its manifestations God has emphasized that He has not created the heavens and the earth and all that is between them in play and fun (44.38), He increases in creation what He wills (35.1), the human beings will most certainly move on from one state to another (84.19) and God will bring forth the other creation (29.20).

Such multifaceted promised reality of necessary dynamism is carried forward and institutionalized through the divinely mandated circulation of wealth in the society. That brings in the all-pervading tradition of philanthropy sought to be deeply ingrained in the human psyche.

Thus, one overwhelming feature of human life is mutual benevolence leading to the causation of symbiotic affection and consequent prosperity in the society. This also disparages feelings like malice, acrimony, jealousy and hate. For the purpose of systematizing the continuous societal permeation of such spirit of mutual relinquishment and altruism there are doctrinal prescriptions like Zakat, Sadaqah, Qulil Afwa, Qurbani, Saum (fasting) and Salaat or Namaz (daily five times prayer). The atonement for dereliction is also through additionally sanctioned fasting and sacrifice. These prescriptions, if sincerely adhered to, have the effect of transforming individual and group character.

One well known instrumentality of such altruism is prescribed as the annual sacrifice (Qurbani) on the annual occasion of Eid-al-Azha. Its genesis goes back to the spirit of sacrifice displayed by Prophet Abraham (pbuh) who had dreamt of the divine command to sacrifice what is most loved by him. Thus the larger message of that genesis is to give away to the needy, out of one’s possessions, whatever is the most prized for the possessor. It is also important to note that during the Abrahamic era the strength of the cattle possessed was the yardstick of one’s wealth and meat was the desert’s staple food.

Now, couple this with modern world scenarios. For millions of Muslims living in non-Muslim societies like in New York’s Manhattan, Ottawa’s Manotick, London’s Knightsbridge, Berlin’s Mitte, Melbourne’s Toorak it may not be easy to physically sacrifice an animal and find people to be fed, nor meat is necessarily everyone’s staple food. In some countries Muslims may not find it easy to perform the traditional sacrifice. Observance of hygiene may also be an insurmountable issue.

On the other hand, billions of world citizens continue to live at below poverty levels continuously, requiring financial help for food, shelter, health and education. Also, possession of cattle is no longer the measure of one’s prosperity. In the circumstances, shouldn’t the mandatory Qurbani be quantified in terms of weight of gold - like in the case of Nisaab (qualifying amount) to attract the mandatory payment of Zakat? Shouldn’t money equivalent thereto be allowed to be given in charity on the occasion of Eid-al-Azha?

The four Righteous Caliphs’ era had ended by the middle of seventh century CE. Thereafter, the four well known theologians Abu Hanifa, Malik Ibn Anas, Abu Abdillah Al-Shafe’i and Ahmad Ibn Hanbal thankfully came up with their respective schools of thought during the eighth and ninth centuries. A full millennium has passed since then during which the human horizon has undergone tremendous elevation. Don’t the prescriptions of those great leaders need now to be reappraised and reconstructed?

It is surely the duty of the world’s Ummah to engage in Ijma (consensus among scholars & clerics) and cull out the instrumentalities of faith in their modern day manifestation, surely within the four corners of the scriptural injunctions, so that the crux of God’s message is fully implemented by the people even in the current millennium.

Simultaneously, the capable individuals must read and understand the divine scheme with the help of multiple exegeses and act thereupon. Professor Emeritus of Al-Azhar University Dr Fathi Osman says in his ‘Concepts of the Quran’ that the real worth of prayers (namaz / salaah) regularly performed in congregation lies in what the believer does when s/he is out of the mosque between two consecutive prayers.

There are thousands of civil society formations across the globe that facilitate the observance of religious beliefs and practices as commonly understood during the yester millennium. What the world’s millennial dynamism also needs is a civil society approach at understanding and analyzing the real message of God received through the scripture and prophetic traditions in the light of the latest discoveries of natural phenomena.

God says that among His manifest signs is the creation of the heavens and the earth, and that He has dispersed living creatures in both of them. And He has full power to gather them together when He wills (42.29). This verse is an integral part of the Quran and should be researched upon so that appropriate lessons are taken therefrom and that too should become a platform for the Ummah to move forward in the third millennium.

The contours of Shariah deserve to expand - based on modern day Ijtehaad as prescribed in the Quran. Merely a century ago even the then custodians of the two holy mosques would not have imagined that during Hajj it is not necessary to individually slaughter the animal and, instead, the pilgrim may buy a ticket which leads to the presumption that the obligation of Qurbani has been fulfilled (as is the current practice).

Likewise, the discharge of such obligation by the believers in rest of the globe on the parallel occasion of Eid-Al-Azha also requires to be reviewed taking recourse to the most modern scientific discoveries and inventions. No more prophets will be anointed now and the responsibilities earlier discharged by twenty five known and many unknown prophets has now come on the Ummah’s shoulders.