Earthworms: The Engineers of Soil Ecosystem

As a developing society we need to encourage on agricultural sector, focus more on soil and human friendly farming, thereby maintaining the natural soil fertility 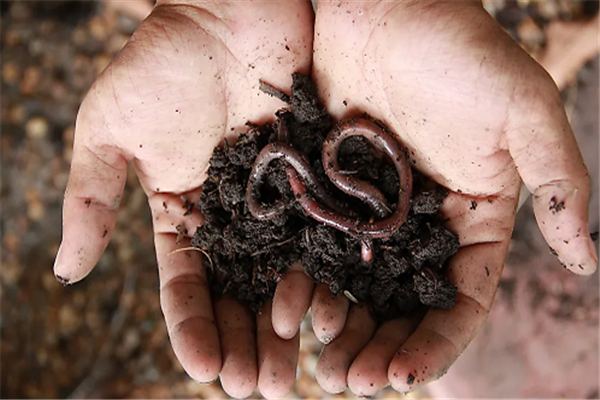 More seriously for my readers, a woman like me repeating and highlighting the issue of nature conservation is “a required” for its preservation. Constant discussions about the issue are the only way to save Mother Earth, as it is my firm belief that the fate of our environment cannot be solely left in the hands of the government or industry. We must speak out loud and clear so that the governments and the industry sit up, take notice and do what is expected of them. Acts we repeat on a daily basis can have a greater impact on our habits, attitudes, and thinking as well.

Now to bounce back to the subject matter, it has become mandatory to celebrate ‘number of days’ owing to the deterioration of the environment. A number of days are celebrated each year and the least known to us include world snake day, world frog day, world sparrow day, global wind day, world hydrography day, world habitat day, and so on and so forth. But on account of this important day, I would like to throw light upon the least admired organisms of Mother Earth i.e.  the earth worms. If I recall my childhood days playing “GharGhar” in the dirt (soil) and making castles I would come across tiny and ugly looking reddish brown slimy creatures wriggling in and out of the dirt which would often scare me but now, it’s altogether a different perspective. Now, when I look at them, I can’t help thinking how precious these little creatures are for our biodiversity.

Having five hearts, no ears, eyes and respiring through their skin, common earthworms are referred to as farmers' best friends for their massive services that improve soil health and consequently plant health. They are industrious and irreplaceable, working tirelessly to fertilize and aerate soil and in the process preventing soil erosion.Human activities over the years have deprived the soils of their nutrients and contaminated them with heavy metals and salts. However, the pesticides used temporarily increase yields to mitigate the food scarcity but have led to a great deal of soil biodiversity loss and one such example is declining populations of earthworms. The earthworms are threatened by farming and gardening practices, primarily plowing and pesticide use. Additionally, the effects of climate change, specifically drought, are devastating to the health of worms. Pollution from the industries with copper effluents, etc., also reduces worm health by inhibiting growth enzymes, so they no longer reproduce properly.

A plethora of scientific studies reveal that a soil without earthworms becomes dense, poorly aerated, and cannot absorb sufficient water and consequently we would have less food, increased pollution, and more flooding. However, their presence affects everything from the decomposition of organic matter to nutrient cycling, carbon storage, and water movement in the soil. Henceforth, they are popularly known as Ecosystem Engineers of Soil Ecosystems.

In general earth worms are categorized into three types:

·         The root dwelling worms- dig deep burrows into the soil and come to the surface to eat plant material.

Their burrowing habit creates a multitude of channels through the soil and is of great value in maintaining the soil structure enabling the processes of aeration and drainage by allowing oxygen and water and nutrients to soil, which then enter the roots of the plants. They breakdown plant matter in the same way as other invertebrates but do it even at a much faster rate. Even their castings also get nutrients to the soil and their excrement contains all the essential nutrients. But sadly, the findings published in the scientific journal Global Change Biology shows a systematic decline in earthworms’ population in soils that are ploughed every year. The deeper the soil is disturbed, the more harmful it’s for the earthworms whereas it’s crystal clear from the studies that a thriving earthworm’s population is an indication of a healthy soil.

At that point in life when development is swallowing up more and more land in rural areas, good soil is becoming increasingly important to ensure a secure food supply for India’s growing population.
Long term soil fertility and the ability of farmland to recuperate are under threat and protecting earthworms with their ability to improve soil should be an agricultural goal. As a developing society we need to encourage on agricultural sector, focus more on soil and human friendly farming, thereby maintaining the natural soil fertility. Here are three ways farmers can encourage earthworm’s populations on farmland.

1. Reduce cultivation frequency and intensity- surface dwelling and deep burrowers (which feed on surface organic matter), are sensitive to soil disturbance from conventional tillage. Cultivations bury their food supply, can kill worms directly, destroy burrows, and damage eggs, which are typically laid in the top 5cm of soil where it is easier for juveniles to reach the surface to feed. Eggs can survive in soil for 2-3 years before hatching when conditions are suitable. Plough-based horticultural systems have been found to have the lowest worm populations, while the highest are often in direct-drilling and pasture fields. Although a wholesale shift to direct drilling may not be practical, any reduction in tillage frequency or intensity will benefit worm population.

2. Provide food-round the year food supply is essential for a healthy worm population. Leaving stubble on the surface and chopping straw are relatively simple ways of providing surface material for worms to incorporate. Fungi often colonize straw on the surface, which in turn attracts worms. Straw can take longer to breakdown and digest through, so consider adding other sources where possible. Cover cropping is one option, but preferably choose species that drop leaf litter and leave material on the surface for worms to feed on.Farmyard manure and compost are other good sources of organic matter. FYM is particularly good and has been shown to help worms mature faster.

3. Correct soil problems- Worms are sensitive to acidity, so avoid pH falling too low. Aim for the same level as required for optimum plant growth (pH 6-7). Rectify significant structural issues, such as poor drainage or heavy compaction, to improve the underlying conditions for worms to thrive.

So, to cut the long story short, if biodiversity conservation is imperative so is the need for conservation of ecosystem engineers of the soil ecosystem.