No action today, no cure tomorrow 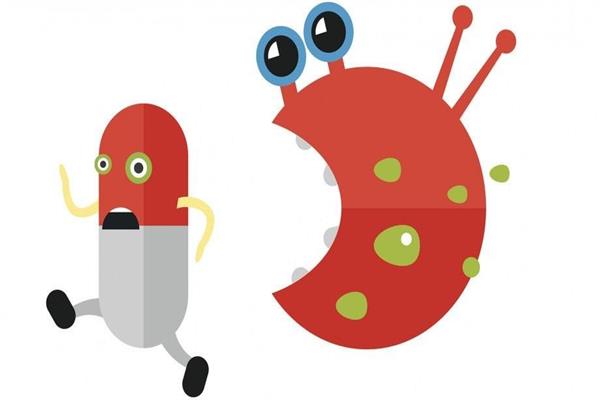 Antimicrobial resistance is also known as drug resistance. It can occur when micro-organisms such as viruses, bacteria, fungi and parasites change in ways that render the medications used to cure the infection they prove ineffective.

When the microorganisms become resistant to most antimicrobials they are referred as “superbugs” A resistant infection can kill, can spread to others and impose huge costs to individuals and society.
Superbug
A microbial threat for which there is limited surveillance and no effective treatment. Lack of healthcare policies and direction has lead to many health issues. Antimicrobial resistance is a serious problem that strikes at the core of infectious disease control and has potential to halt, and possibly even to roll back progress.
Western European countries have managed to decrease the rate of antimicrobial resistance in some pathogens. In private sectors where profit is priority, they make antibiotics an easy target for misuse and abuse. Pharmacists readily dispense antibiotics without prescriptions of the doctors. Their bread and butter depend on sales of drugs only. Pharmaceutical companies promote sales of antibiotics independent of patient need. The result in most antibiotics leads to abuse. Patients often take antibiotics of their own accord. Studies proved that even antihypertensive drugs are also being taken by the common layman on their own.
Need is to motivate others. Motivation begins with belief in oneself. Our determination and willpower and a positive mental attitude develops through a healthy wellbeing. The weakness in the existing health administration has increased the resistance problem. There are problems of logistics, pertaining to drugs and medicines, transportations, communications, etc. There is general lack of awareness. The indenting and distribution system becomes very complicated.
It is the right of every individual to attain highest standard of health and is one of the fundamental rights. Illiteracy, poverty and ignorance are the main factors responsible for drug abuse and resistance. The poor can’t visit a doctor and pay the fee every time they fall ill. They prefer to self-medicate.
Medicines are used to promote health, prevent or diagnose disease and alleviate or cure any disease. They should be only taken on the prescription given by a registered medical practitioner with instruction how and when to take them.
There are medicines which are very frequently used by the common men, but that is dangerous because that may cause serious reaction, like rashes all over the body, haemorrhage or gastrointestinal bleeding and shock.
All the medicines should be sold by a registered pharmacist who has under gone a regular course in pharmacy.
• In our home we must keep all the medicines out of reach of children possibly under lock.
• Avoid self-medication.
• If you don’t want to go to a doctor and pay fee, you can consult a registered pharmacist.
• The medicines which have been prescribed for you are meant for you only. In no case advise others to take the same drugs because they can prove dangerous to other person.
• Check the expiry dates.  Check for labels.
• Don’t accept medicine which does not have proper labels.
• Alcoholic medicines are dangerous for health.
• Don’t discontinue or stop taking your drugs until advised by your doctors.
• Take complete course of the prescribed medicine especially if they are antibiotics.
• Don’t get lured by medicines available at cheaper rates. They can be fake and dangerous.
Antimicrobial resistance has spread globally. WHO has plans to safeguard these medicines for future generations. WHO calls on governments and stake holders to implement the policies and practices needed to prevent and counter the emergence of highly resistant microorganisms.
(From RK Archives