Don’t let your world be muddied by tar and smoke

Despite the negative consequences of smoking, most people continue to smoke because tobacco contains nicotine, a tiny, fat-soluble molecule that creates pleasurable psychoactive effects and is extremely addictive 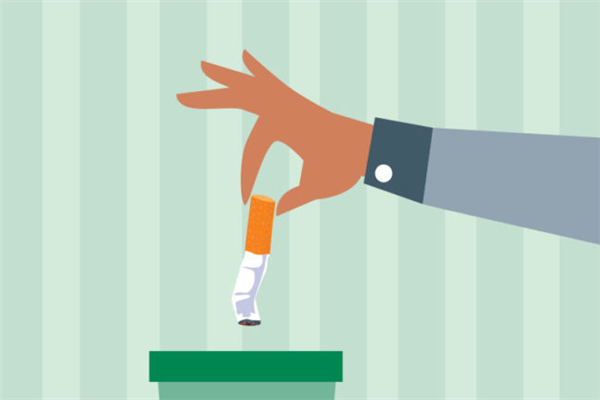 There are over a billion people who smoke tobacco around the world, which makes it one of the most popular psychoactive substances, used in society. The majority of tobacco users smoke cigarettes, but some smoke cigars or pipes, chew tobacco or practice snuffing - which is where ground up tobacco leaves are pushed up the nose. Given the popularity of tobacco as well as its negative health consequences, it’s considered one of the leading causes of preventable death and disease worldwide. Cigarette smoke contains over 4,000 toxic chemicals. These toxins cause endothelial cell damage which creates inflammation along the inner lining of arteries.

The inflammation increases the risk of having a myocardial infarction - a heart attack, a stroke, and peripheral vascular disease which is where there is severe pain in the lower legs. The toxins can also cause pulmonary problems because the toxins get deposited into the lungs, which damage the lung tissue and make them more likely to get infected as well. Also, the cigarette smoke has a lot of different carcinogens, including ammonia, formaldehyde, carbon monoxide, which are associated with cancers of the mouth, throat, lung, bladder, pancreas, and uterus. Combining these effects, a heavy smoker who smokes two packs of cigarettes each day, for 20 years, loses about 14 years of life.

Despite the negative consequences of smoking, most people continue to smoke because tobacco contains nicotine, a tiny, fat-soluble molecule that creates pleasurable psychoactive effects and is extremely addictive. Nicotine is considered “responsible” for the high rates of tobacco dependence and addiction, while the 4,000 other chemicals and compounds are “responsible” for the negative health effects associated with smoking. When a cigarette is lit, some of the nicotine gets destroyed by the heat, and some gets into the smoke that gets inhaled.

As a result, smokers are able to “self-titrate” their nicotine dose by inhaling more frequently, more deeply, or for a longer amount of time. Once nicotine is absorbed into the bloodstream, it binds to a type of acetylcholine receptor, called a nicotinic acetylcholine receptor - also called a nicotinic receptor – which is found throughout the body and brain. The psychoactive effects of nicotine are related to the locations of nicotinic receptors in the brain and the exact neurotransmitters that are released when the receptors are stimulated. For example, increased dopamine in the mesolimbic system, a reward pathway, causes pleasure, improved attention and mental processing and working memory.

When nicotine binds to receptors in the peripheral nervous system, it increases blood pressure, heart rate, cardiac contractility, and gastrointestinal tract activity. Nicotine also binds to receptors on skeletal muscles causing relaxed muscle tone. Over time, individuals who consistently use cigarettes can develop tolerance to the effects of nicotine. This means that with repeated use, they have a reduced response to nicotine, and therefore an increased dose of nicotine is needed to achieve the original response. Tolerance leads to the need for higher and higher doses of nicotine over time.

Let’s step back for a moment - and say that you’re at rest, without anything stimulating your reward pathway. In this situation, your brain keeps your heart rate, blood pressure, and wakefulness in a normal state, called homeostasis.

Now, let’s say that your ‘crush’ sends you a text. All of a sudden you may feel sweaty and flushed; your heart rate may jump a bit. You’re now above your normal level of homeostasis, because something has changed, right? But it doesn’t stay that way for long, and after the text, your brain brings things back down to this baseline.

With repeated cigarette/tobacco use, a few things start to happen. If you smoke at a specific time and setting, like in your room at 8 pm after dinner, and being a stimulant, it makes everything speed up, including heart rate, blood pressure, and wakefulness. Your brain picks up on that pattern!

Next time, when you are in your room at 8 pm after dinner, your brain preemptively decreases the heart rate, blood pressure, and wakefulness in an effort to create balance, because it knows that when you smoke a cigarette, everything is going to increase.

Now, let’s say that your ‘8pm after-dinner room’ time rolls around, but you don’t have a cigarette. In this situation, the brain still decreases heart rate and blood pressure, but the changes aren’t countered with the effects of nicotine, and so you might feel awful. These awful feelings are called withdrawal symptoms. Withdrawal symptoms can persist to the point where a person may need to smoke just to feel normal.

Symptoms of nicotine withdrawal include severe craving for nicotine, irritability, anxiety, anger, poor concentration, restlessness, impatience, increased appetite, weight gain, and insomnia. Withdrawal symptoms can begin within 2 hours after the last use of tobacco, and typically peak within 1 or 2 days. While withdrawal tends to decline over the next few days and weeks, many smokers continue to feel awful for months after their last cigarette.

The withdrawal symptoms associated with stopping smoking and the intense feelings of craving make it very difficult to stop smoking - in fact, nearly 70% of those who smoke say that they want to quit, and more than half of smokers try to quit each year, but of those, only about 5% are successful.

The liver is quick to metabolize and eliminates nicotine from the body; in fact, its half-life is only about 1-2 hours. To maintain the positive feelings that nicotine creates and avoid withdrawal, a person has to smoke a cigarette every 2 hours or so, to reach a steady state of nicotine in the blood - and that helps explain why individuals become chain smokers. Also, at night, the liver eliminates the nicotine that has built up throughout the day, which is why heavy smokers often need a cigarette first thing in the morning.

There are a number of different smoking cessation treatments

These products are meant to help a person slowly taper their dose of nicotine and ultimately quit altogether. There are also medications that act on nicotinic receptors like bupropion and partial nicotinic receptor agonists like varenicline which help reduce withdrawal symptoms and prevent relapse.

Both of these can be used in conjunction with nicotine replacement medications and have been shown to increase the success rates of individuals trying to quit tobacco. Some smokers turn to electronic cigarettes, which are battery-powered devices that produce a nicotine vapor that is inhaled.

People trying to quit can also benefit from simple therapy interventions, for example, simply asking a person about their willingness to quit, actually increases the likelihood that they will quit. Typically at clinic visits, it’s recommended to ask about tobacco use, advice to quit or cut back, assess whether a person is willing to quit, assist with quit attempts by offering counseling and medications, and help arrange or organize a support network.

All right, as a quick recap, the nicotine in tobacco affects different neurotransmitters and neural systems in the brain, which produces effects that are initially pleasant or enjoyable, but can become more problematic and unpleasant if smoking continues over time. Long-term use can cause tolerance, which is the need for increasing doses to achieve the same effect, as well as dependence, which is the reliance on the tobacco/nicotine to function normally. The most effective treatments can include a combination of therapy and medications—with a lot of love and support from family and friends.