Don’t let the city go to the dogs

In the last five years, 30,000 dog bite cases have been reported in Shri Maharaja Hari Singh Hospital (SMHS) alone, of which 2,800 cases of dog bites were reported in Srinagar only 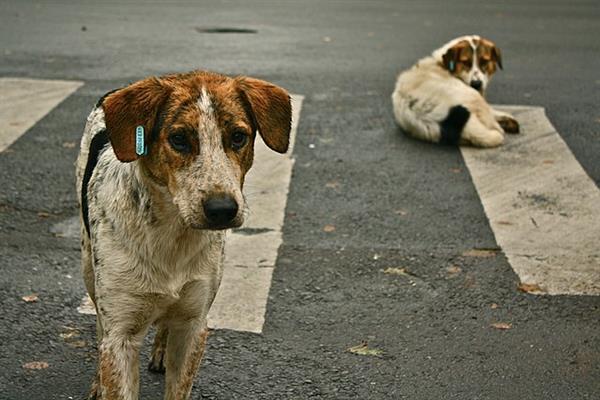 Dogs are often nicknamed as ‘man’s best friend’ and are considered as most loyal animals, but the soaring incidents of canine attacks don’t go well with this age-old bond. Dogs in Srinagar are running amok and have turned ferocious enemies of human population.

For quite some time now there has been a rapid surge in the canine attacks in Kashmir. As per Srinagar Municipal Corporation (SMC) there are around 91,000 stray dogs roaming the streets of Srinagar. From old generation to toddlers, everyone is vulnerable to the huge population of canines. They chase cars, pull down bicycles and frequently attack pedestrians. The gravity of the issue can be realised from attack by canines on 41 persons including 9 tourists at Bolevard road near Garibal area of Dalgate lately. The recent case left all of us terrified.

In last one year from 1st April 2021 to 31st March 2022 total number of 5,629 dog bite cases has been reported at Srinagar’s Shri Maharaja Hari Singh (SMHS) hospital. In the last one decade around 58,869 persons were bitten by the dogs, as per a report by the department of Community Medicines, Government Medical College (GMC) Srinagar,

Srinagar city is the worst hit. Between April 2019 to February 2020, about 3,975 out of the 6,319 cases of dog bites were in Srinagar, shows the data of eleven months .In the last five years, 30,000 dog bite cases have been reported in Shri Maharaja Hari Singh Hospital (SMHS) alone, of a which 2,800 cases of dog bites were reported in Srinagar only.

There are myriad reasons as to why the dog population in Kashmir continue to spiral. The ubiquitous mounds of garbage and poultry waste on roadsbeing the two major reasons. On daily basis almost around 450 metric tonnes of garbage is generated by Srinagar.100,000 poultry birds are slaughtered in the city which generates 40,000 Kg of poultry offal every day .Owners of meat shops also dump waste in drains .

The availability of this offal and the other eatable leftovers of garbage lead to fast-breeding of dogs. There are five to ten thousand breeding females in the dog population in Kashmir. Every year breeding females add around five puppies each to the dog population.  The Number of dogs is increasing day by day. Dogs freely roam in streets, markets, block roads and now even enter in the shops, as was seen recently a dog entering into a meet shop, which was later sized. So far, Srinagar Municipal Corporation (SMC) has miserably failed to take effective measures to surmount the dog menace in Kashmir.

Sincere efforts should be made to surmount this menace. The first thing that needs to done is to reduce the stray population and also managing garbage better. Sterilisation and vaccination should be intensified. The authorities should make shelters for stray dogs. Moreover, Long term Animal birth control, through sterilisations — colloquially referred to as the ABC programme — should be adopted.

Dogs are part of our ecosystem. Culling of stray dogs is proposed by many as the only effective solution to this menace. However, this is morally wrong and animals can’t be annihilated like this. Human rights are of great improtance, but at the same time there is no denial of the rights of animals. Awareness among public regarding the cleanliness of surroundings to provide hygienic environment in the society should be created.

The government should build dog ponds in the outskirts of the city to shift the stray dogs there, as was ordered by F. M. Ibrahim Kalifulla of the then Chief Justice of J & K High court, after ruling over a petition. In addition to the municipal corporation’s efforts, NGOs should step in and take up animal birth control procedures and vaccination of street dogs.

(Author is 3rd year law student at Kashmir University. He tweets at ummar-jamaland can be reached at umarjamal968@gmail.com )