Diabetics are twice likely to succumb to kidney failure

While many patients can be asymptomatic for kidney disease for a long time, despite suffering from the condition, timely detection plays a major role in preventing or slowing down the progression 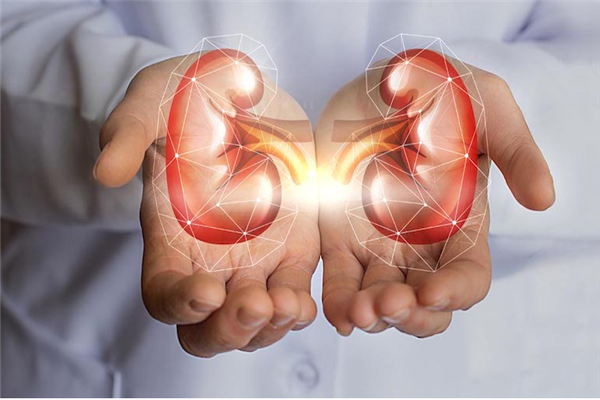 Pertaining to a multitude of factors, including diabetic changes in the kidneys as well as vascular changes due to hypertension, kidney diseases in diabetics is much higher and on a constant rise among Indians. Hypertension and diabetes go hand in hand, and in most of the people with diabetes, hypertension adds an additional risk factor for diabetic kidney disease. Hypertension gradually prevents the proper kidney functioning and damages the kidney and lead to end stage renal failure if not managed timely.

While most of the risk factors for kidney disease due to diabetes can be modified, with timely diagnosis, advanced medications and lifestyle changes, the condition is manageable and treatable. However, just like any other chronic ailment, kidney disease has very few early symptoms. For instance, a patient may have albuminuria, which is the earliest sign of kidney disease. It means that there is too much of the protein albumin in the urine, but a patient may not have any symptoms specific to the albuminuria.

Despite the fact that the prevalence of kidney disease in India is around 10%, yet the awareness about the complications associated with the disease is very low. It is evident from the fact that many patients in India are diagnosed for the first time with only 10% renal functioning, and are on the verge of end-stage renal failure. While many patients can be asymptomatic for kidney disease for a long time, despite suffering from the condition, timely detection plays a major role in preventing or slowing down the progression.

It is especially important to talk to patients with diabetes about their risk factors for development of kidney disease, since they are twice as likely to develop renal ailments than those without diabetes. By talking with patients who have diabetes about kidney disease, the disease may be diagnosed early, and patients can take steps to help slow its progression.

Patients with diabetes who know they have kidney disease can:

·         Avoid certain medicines, such as nonsteroidal anti-inflammatory drugs, which can worsen or accelerate kidney disease progression.

·         Modify their diets to slow or prevent kidney disease from progressing.

The end goal for treating kidney disease as early as possible is to prevent kidney failure, which is when the kidneys have lost most of their ability to function. By preventing kidney failure, you avoid end-stage renal disease, which is the stage at which dialysis or a kidney transplant is needed to survive.

Timely and early diagnosis is the key

Kidney disease is diagnosed and tracked using two tests. One is a blood test, called serum creatinine, used to calculate the glomerular filtration rate (GFR), or kidney function, which assesses how well the kidneys are filtering blood. A GFR below 60 for at least 3 months indicates chronic kidney disease. The other test used to diagnose and monitor kidney disease checks for albumin in the urine. Anyone with a urine albumin result above 30 milligrams per gram for at least two out of three albumin tests in a 3-month period is considered to have kidney disease.

In general, kidney disease progresses relatively slowly with few or no symptoms, so there is a very long window of opportunity to personalize and adjust treatment to a patient's situation. The first and most important way to prevent or slow kidney disease in people with diabetes, whether it’s type 1 or type 2 diabetes, is to manage blood glucose levels. Glucose levels should be monitored regularly. Another way to help prevent or slow kidney disease progression is by managing blood pressure. This is particularly important in patients with type 2 diabetes, who often have high blood pressure.