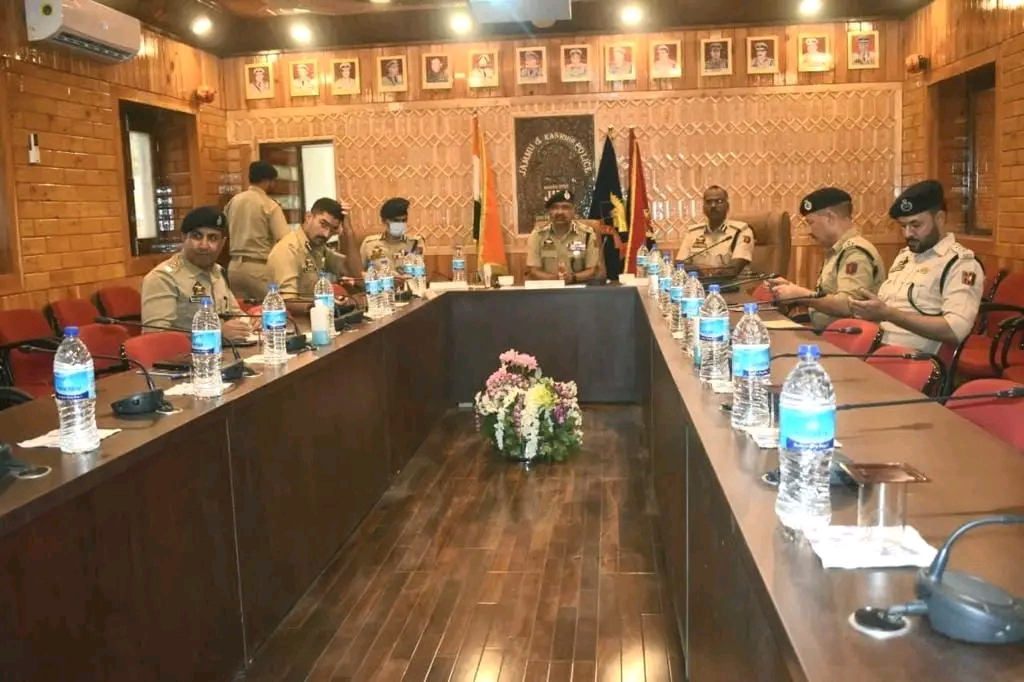 The Director General of Police J&K Dilbag Singh visited Baramulla in North Kashmir today where he chaired a meeting at the conference hall, District Police Office to review the security arrangements ahead of Hon’ble Union Home Minister’s visit to the UT. He was accompanied by ADGP Kashmir Zone Shri Vijay Kumar.

During the meeting, security arrangements for the Union Home Minister’s visit including the routes and locations were discussed in threadbare. Deployment of man-power from different forces and intelligence agencies was also discussed in the meeting.

Addressing the officers the DGP stressed for greater synergy among different agencies and forces, being deployed for the security of VVIP. The DGP emphasized upon the officers to keep an eye on the activities of suspicious elements who always try to find an opportunity to disrupt the peaceful atmosphere in the UT. He directed the officers that proper briefings should be made to the personnel put on security duties at different locations of venues.

The DGP stressed for utilization of technology & security gadgets including CCTV cameras en-route the visit and locations. He said that a comprehensive communication network must be ensured to be established to coordinate among the agencies involved in the security arrangements.

While discussing traffic arrangements, the DGP asked for diversion of public transport to alternate routes so that common commuters do not suffer due to security reasons.

DIG NKR and SSP Baramulla briefed the DGP about the required security arrangements put in place in connection with the VVIP visit. They apprised him about the security measures being taken in their respective jurisdictional areas.