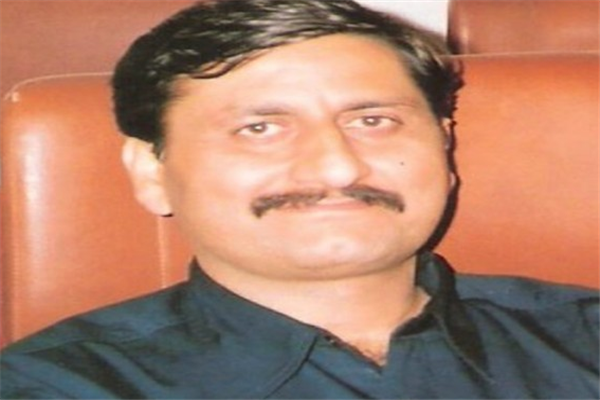 The Delimitation Commission after a long exercise of discussion, deliberation and consideration placed before its full membership on 20th December 2021 the proposed draft for new delimitation of Assembly constituencies in Jammu and Kashmir. All the five associate members, the elected members of Parliament from J&K, besides the three permanent members of the Commission were present in the important meeting. The deliberations of the meeting, as have been reported, suggest that the Commission has made recommendations to increase six seats in Jammu region and one seat in Kashmir region in the J&K Assembly. Besides this, there will also be political reservation in case of Scheduled Caste category for 7 seats and in case of Scheduled Tribes category for 9 seats in the UT.

Political parties in J&K reacted to the proposals of the Delimitation Commission in accordance with their political stand and known past. Though the reactions were on expected lines yet the stand of various constituents of PAGD were contradictory. While National Conference members attending the meeting didn't express themselves outside the meeting the vice president of NC, Omar Abdullah said that the recommendations were 'unacceptable'. Apni Party, PDP and People's Conference also opposed the recommendations regardless of the fact that the Delimitation Commission and Election Commission both are statutory constitutional bodies and the decisions they take are mostly objective.

Political parties in J&K and especially the Kashmir centric parties need to explain to the people as to why the earlier delimitations of the Assembly and the Parliament constituencies were accepted by them unilaterally. Was it because the delimitations done in the past were done as per their taste and necessity..! Moreover, the delimitation exercises earlier were mostly done as a one way traffic leaving very brittle and little chance for the other political school of thought any chance to push their point of view. Assembly seats in J&K were delimited in 1963, 1973 and 1995. The last exercise was conducted by the Justice (retired) K K Gupta Commission when the state was under President's Rule and was based on the 1981 census, which formed the basis of the state elections in 1996. There was no census in the state in 1991 and no Delimitation Commission was set up by the state government after the 2001 census as the J&K Assembly passed a law putting a freeze on the fresh delimitation of seats until 2026.  The freeze was done as a follow-up of the Parliament making a similar law. This freeze was upheld by the Supreme Court later. The J&K Assembly, at that time, had 87 seats — 46 in Kashmir, 37 in Jammu and 4 in Ladakh.

Consequent upon the introduction of the J&K Reorganization Act of 2019, delimitation had become inevitable since the number of the seats was raised to 90, which otherwise had reduced to 83 because of the bifurcation of the state. The Delimitation Commission set up a clear formula that guided the Commission to reach a clear adjudication (as enunciated in the graphics). However, the Associated members have been asked to give their suggestions, opinions and objections to the Commission by 31st December 2021 in this regard.

In addition to the above, an important political component of the J&K socio-political spectrum includes the displaced communities of Kashmir and the POJK. Their representatives made very intimate presentations before the Commission during this year a number of times. This author entered into a protracted communication with the Commission in this context. The latest letter sent to the Commission's Chairperson, Justice (retd.) Ranjana Desai says, "It has come to our notice that the Delimitation Commission has called for a full Commission meeting on 20th December 2021 at New Delhi to finalise the draft proposal for delimitation of constituencies in the J&K Union Territory. In this context, we have to state the following:

We made a presentation before the hon'ble Commission on 26 March 2021 at your New Delhi office and later in July 2021 at Jammu when the Commission paid a visit to the J&K state. A number of documents as desired by the Hon'ble Commission were also submitted before it, both at New Delhi as well as at Jammu. The case of the displaced Kashmiri Pandits and other minorities of Kashmir is a unique one which the founding fathers of the Indian constitution would have never visualized. Since they are living as refugees in their own country and belong to the Kashmir valley as its indigenous people, it is important that their issue is put on priority while finalising the draft.

We are also aware that the Commission is working on the basis of the terms of reference and the J&K Reorganisation Act of 2019, therefore, the issue of the Pandit community needs to be viewed from a broader perspective. Accordingly, as their case has a strong and valid substance, so the proposal draft on delimitation may include their reference in it for inclusion by taking up a constitutional measure by the government and the parliament.

It may be reiterated that the delimitation issue will test the intent of the Indian State towards the displaced community of Kashmiri Pandits, Kashmiri Sikhs and the non-Kashmiri speaking Hindus of Kashmir living in exile for the last more than three decades. It is the question of their socio-political existence in a state the foundations of which were laid by their forefathers in the past history. The contributions of the Pandit community in the fields of literature, architecture, civilizational flow, medicine, philosophy, music, dance, law, politics, history writing, religion and sociology are well recognised, profound and immense. It will be a worse tragedy than their unfortunate forced exodus if they are ignored in the final analysis, draft and report of the hon'ble commission.

The displaced community in the hour of their crisis is looking forward to your honour for collective justice and fairness. This is possible by a clear reference to the government of India for taking up the required constitutional measures in line with the Sikkim 'Sangha' example, Pudducherry Assembly model of nominations, erstwhile Parliamentary representation for Anglo-Indian community or the nomination of two women members to the Assembly as it existed in the J&K Assembly.

Hope that the hon'ble Commission will help the State of India to prove its positive intent towards the minorities of Kashmir valley in the most appropriate manner."

In addition to this, Ashok Bhan, a senior advocate of the Supreme Court of India & Chairman, Kashmir Policy & Strategy group urged the Commission to act on the representations of the Minorities for reservation of seats in their favour in J&K.

“I am conscious that the Commission has the legal limitations to make any emphatic recommendations for want of mandate. Still the Commission can act on the representations”, he said.

He urged the Chairperson and other members of the commission to at least put in a para in the final report suggesting that minorities particularly the aborigines Kashmiri Pandit community living in exile deserve the political empowerment and reservation in the legislature at least four assembly seats that could facilitate their return to their home back in Kashmir.

Bhan has urged that the native Sikh community deserves reservation of a seat in the assembly. Without the political empowerment of the KP and Sikh minorities, the Idea of India in JKUT would be incomplete and fair democracy shall be in question.

"Your one Para suggestion in the report would mean to sensitize the Union of India to act and effect an amendment in the Constitution and Law in this behalf ahead of ensuing elections after the final report and recommendations of the Delimitation Commission on its completion of the assignment in this behalf", wrote Bhan.

This author has been reiterating that the delimitation exercise is going to test the intent of the State of India towards the reverse minority community of Kashmir, the Kashmiri Pandits, and theirs will be a historic decision from the existential point of view. When the Delimitation Commission is about to finalise the final report in this regard, it is again time to remind the State of India of its commitments towards the displaced people of Kashmir who are both displaced and dispersed due to the failures of the successive governments right from 1990.

(The author is a senior BJP and KP leader, Incharge, Deptt of Political Feedback, BJP-J&K and can be reached at ashwanikc2012@gmail.com)