Corruption is a big scar on the face of system

An important court of the country made a big statement/observation in regard to the corruption some time ago which led to a long debate on the subject. It said that "corruption was an act of sedition" 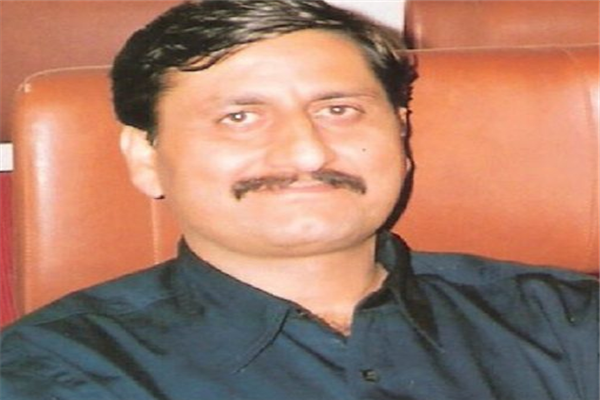 While seventy five years of independent India has many things to take pride in, particularly the philosophy and successful practice of democracy in the country, there are also certain visible shortcomings as well. One of the biggest shortcomings include the corrupt practices prevalent at higher places. These are more irritating for the general public when these corrupt practices have political involvement and patronage. We have recently seen a number of cases being looked into by the Central Bureau of Investigation and the Enforcement Directorate throughout the length and breadth of the country. This is indeed a cause of concern for every well meaning citizen who is also a dutiful taxpayer of the country.

An important court of the country made a big statement/observation in regard to the corruption some time ago which led to a long debate on the subject. It said that "corruption was an act of sedition". The statement may have a number of technical dimensions but the fact of the matter is that corruption indeed is eating into the vitals of national assets, honour and moral values of the society. One good thing about the last eight years rule of the NDA has been that there is no major allegation of corruption against any union minister, unlike the UPA regime of the previous ten years.

When leading and frontline political leaders are seen as a part of the crime of corruption, it dislodges faith and belief of common citizen in the system. Then the mode of denial by the alleged culprits in the corrupt deals further complicates the issues involved. The politicians involved usually cry foul and blame vendetta-politics for the actions taken against them. The recent happenings of West Bengal, Delhi, Jharkhand and Maharashtra are the glaring examples in this regard.

The detained and sacked West Bengal minister and number two in the TMC, Partha Chatterjee on this Sunday disowned the almost Rs 50-crore cash stash seized from two apartments of his “close associate” and friend-partner in crime, Arpita Mukherjee with a dramatic “amar noy, amar noy, amar noy (not mine, not mine, not mine)” cries. His pleas didn't make any sort of impact even on his own party which was forced to take action against him.

His denial, coming eight days since his arrest by the Enforcement Directorate, invited an immediate retort from Trinamool Congress, of which he was the secretary general until last Thursday. “What took him so long to say this?” party spokesperson Kunal Ghosh said. “When he first had the opportunity, why didn’t he say that this was a conspiracy, and the money wasn’t his? At this rate, he might even say he doesn’t know who Partha Chatterjee is. Or maybe that he doesn’t know Arpita Mukherjee.”

In case of Lalu Prasad Yadav, who is undergoing long sentences in the Fodder scams, we witnessed the same attitude of denial, allegations of vendettas and the so-called framing of charges to defame his personality till charges against him were proved in the court of law. Yadav unleashed a terrible campaign against the CBI officials in Bihar and victimised them to derail the whole process of investigations against him but the courts took a very strict action against his manipulating tactics which including raking up the health and medical issues. The involved politicians try to create sympathy factor in their favour in such situations and Sanjay Raut of Shiv Sena is the latest in this line. He tried to incite his party people to protest against the investigating agency probing the one thousand crore Chawl-scam in Mumbai and thereby cause public disorder. The neighbours were compelled to seek police intervention to maintain law and order.

The jailed leaders of NCP like Nawab Malik and Anil Deshmukh in Maharashtra were not even sacked by the then Chief Minister Udhav Thackerey despite their being arrested and jailed by the court of law in high profile corruption cases. Both Deshmukh, MLA from Katol (Nagpur), and Malik, who represents Anushakti Nagar in the Maharashtra Assembly, were arrested in money laundering cases in November 2021 and February 2022, respectively.

There is a similar case against the Delhi Health Minister Satyendar Jain whom the ED had arrested  on May 30, 2022  in an alleged money laundering case under criminal sections of the Prevention of Money Laundering Act (PMLA). He continues to be a minister from jail. The erstwhile Maharashtra government and the present Delhi government set new 'standards' of dealing cases of corruption when they allowed their ministers to continue as ministers despite their arrest and being in jail for months together. However, Mamta Bannerjee the Chief Minister of West Bengal was forced to take a delayed decision in case of Partha Chatterjee and removed him from ministership and party responsibilities. But it remains to be seen how a Chief Minister is unaware of the scam that her right hand man was involved in for the last more than a decade. More skeletons will come out when the investigations go ahead.

Politicians involved in such crimes of corruption and who are presently under the scanner of ED try to arouse the passions of their party men and women and guide them to come on roads and protest causing harm to public convenience. We have seen these tantrums happening in Delhi time and again when Sonia Gandhi and Rahul Gandhi were summoned by the ED in the National Herald case of money laundering. They believe that such theatrics can bring pressure upon the investigating agencies and the Union government as well. What they try to ignore is that all such money laundering cases are being monitored by the Courts as per the IPML Act and has a due process to be followed once the cases are put up before the court of law by the ED.

In J&K also, Jammu and Kashmir Cricket Association money laundering cases against the former three-times Chief Minister, Farooq Abdullah have also reached the doorsteps of competent courts after investigations done by the ED. It is also a multi-crore case of embezzlement and misuse of money granted to the JKCA. It is important for the former Chief Minister of J&K to come out clean in this case otherwise it is going to impact the fortunes of his party and person very heavily.

There are a number of cases of corruption which we come across on a daily basis in the country and primarily these are done by the government officials and bureaucrats. Action against them is being witnessed publicly, however, a large portion of these bad deeds remain covered due to the political and official patronage. This is always a cause of irritation and dissatisfaction against the dispensation in power. The governments and the law enforcing agencies have a bigger and encompassing role in this regard.

In no case the governments and the administration should be seen conniving or covering the corrupt deals and persons involved. It severely impacts our faith in the institutions of democracy and governance. Morally, it is the primary responsibility of the governments and the political leaders in the government to lead an honest and transparent public life.  Moreover, the political class is historically a privileged class in any society. Therefore, more and more fingers would obviously be raised against this class.

Future generations get ruined by keeping silent on the wrongs done by the present generation. Corrupt practices lead to low morals and degradation in society and they are indeed a big scar on the face of the society and the government. The society has also a responsibility to keep the political class and the governments on tenterhooks on this account, always and ever.