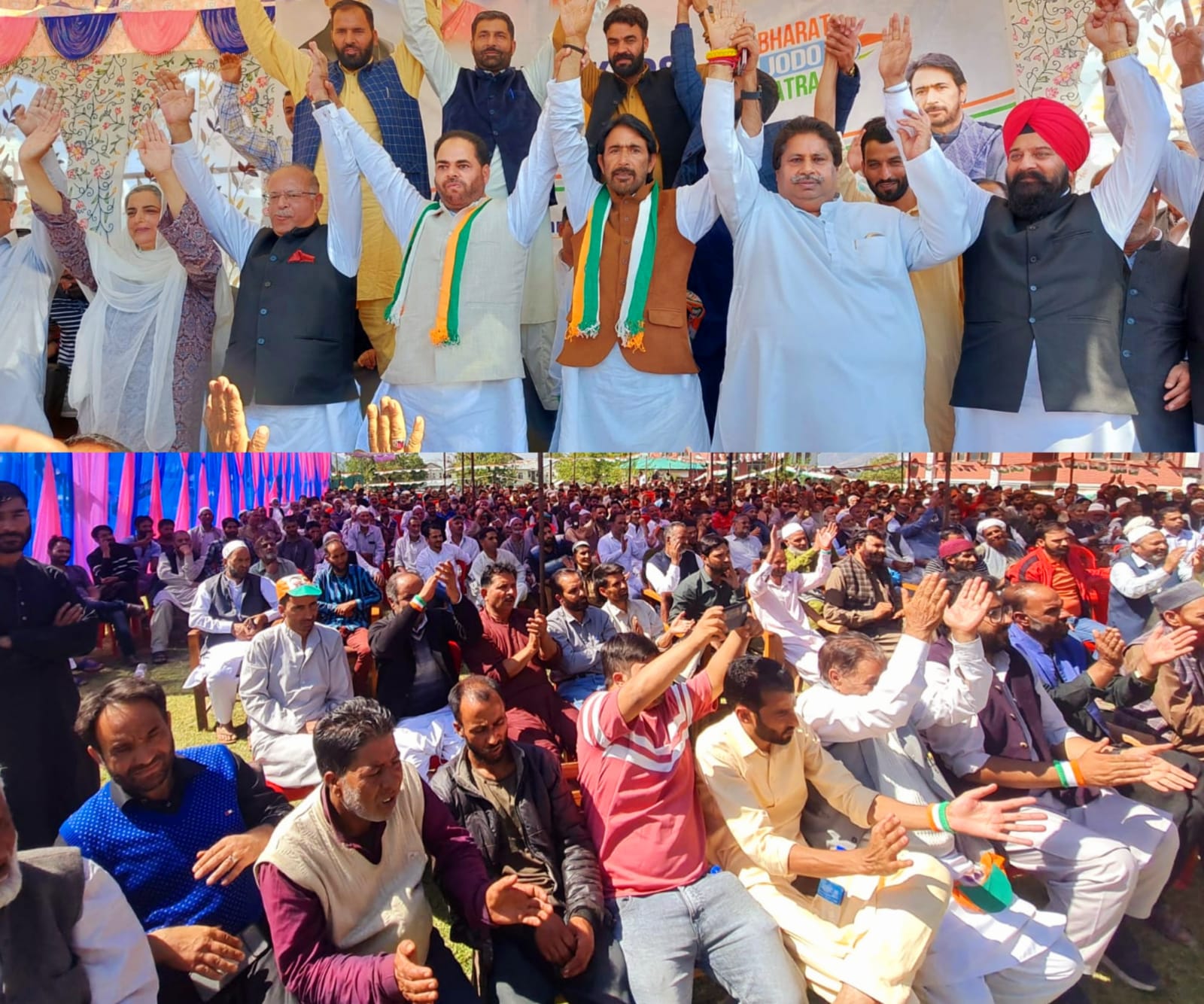 Kokernag, Sep 27: Congress Party will emerge stronger in coming days, defections by many won’t have impact on dedicated Congress workers, and they will work hard to invigorate the Party at grass roots.
This was stated by J&K Pradesh Congress Committee (JKPCC) President VikarRasoolWani, while addressing a party workers’ convention at Kokernag in South Kashmir Tuesday.
According to a party statement, the JKPCC President expressed confidence that Congress will emerge stronger given the dedication and enthusiasm amongst the Party workers across J&K.
Many leaders have defected and deceived Congress Party after enjoying power from time to time, their defections won’t have impact over the Party cadres, they (cadres) will move on and fight against the conspiracies being hatched against the Party.
Congress Party shall continue to remain relevant, strong and unifying force, it will never compromise on its principle-based politics, Wani averred.
Speaking on the occasion, former J&K Pradesh Congress Committee (JKPCC) President Ghulam Ahmad Mir said that declaring holiday on MaharajHari Singh’s birth and death anniversaries was a welcome step amounting to respecting the aspirations of the people, Congress party appreciates the decision wholeheartedly but BJP government cannot escape the responsibility of disrespecting Maharaja Hari Singh’s desires, decisions and laws passed by him in the interest of J&K citizens.
State subject laws and Special Status granted to erstwhile J&K State should also be restored as that will be the real and great tribute to MaharajHari Singh, he said.