Congenital Heart Disease in children: Social awareness is need of the hour 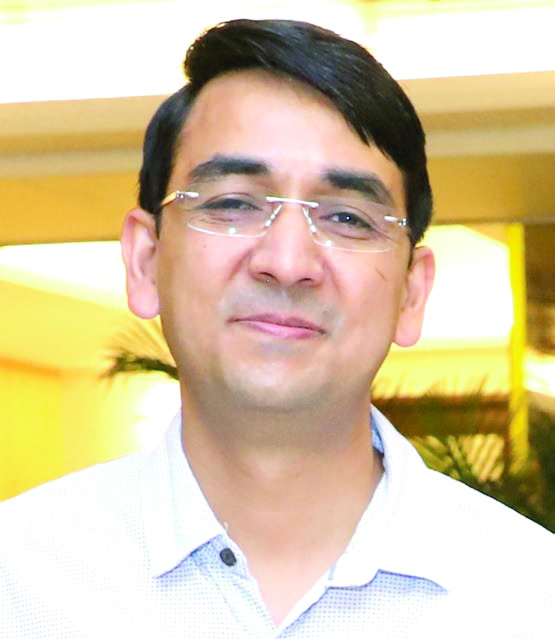 Heart disease is difficult enough when it strikes adults, but it can be especially tragic in children. Many different types of heart problems can affect children. Unlike adults, the most significant heart diseases children suffer is congenital heart disease (CHD). Children may also acquire heart diseases later in childhood but are less common.

CHD is one of the most common diseases that children are born with. Unlike other congenital defects which have minor effects on the child, CHDs adversely affect growth and survival. CHDs result from faulty development of the heart during early pregnancy when the baby is in the mother’s womb. While some genetic and environmental factors increase the risk of CHD the exact cause is not always known.

Worldwide, approximately 9 per 1000 children are born with CHDs. In India, this translates to approximately 2 lac children born annually. The problem is even more serious in the 1/5th of children with critical CHD who need early intervention or surgery to make it through the first year. The good news is that with advances in medicine and technology, many children with heart disease go on to live active adult lives.

With a rapid decline in infant mortality rate, thanks to improved healthcare facilities, CHD has fast emerged as the leading cause of death during the first year of life. Knowledge about CHD is likely to help parents and frontline health workers will help in the early detection of CHD.

Like many other childhood diseases, parental attitude and care have a huge impact on the outcome and survival. This world heart day 2022, on behalf of other health professionals caring for children with CHD, the author seeks greater parental and societal participation.

Social awareness about CHD is the need of the hour

Unfortunately, while a healthy heart has become part of the household discussion, heart diseases among children lag far behind. Managing children with CHD in most instances is a race against time. Delays in diagnosis and treatment adversely affect the chances of cure and survival. Even if a child with CHD survives the first few years they may reach a stage where treating the CHD may cause more harm than good. Therefore, in more than one way, in many CHDs, treatment delayed is equal to treatment denied. Early diagnosis, on the other hand, ensures timely treatment in the majority.

Challenges like lack of education, the mindset of parents and society along with other problems of poverty, and poor accessibility to quality health care have long been roadblocks in the care of children with heart disease. The difficulties are further exacerbated by a lack of awareness among parents and frontline workers. In the past few decades, with better community participation, education, and improved health facilities, the situation has certainly improved but a lot needs to be done to improve the care of children with CHD in India. The challenges are enormous but so are the opportunities.

As a paediatric cardiologist, nothing breaks my heart more than seeing a child who presents late out of the ignorance of parents or front-line health professionals. The feeling of helplessness is even worse when the CHD has reached a stage of no cure by the time medical opinion is sought.

Causes and prevention of CHD

In most cases, there is no specific cause of CHD can be identified. However, in some, it relates to genetic syndromes, the older age of the mother, and other diseases like diabetes in mothers. In others, it may result from smoking and alcohol intake by the mother during pregnancy. The use of some medicines such as for seizures and heart diseases during early pregnancy also increases the risk.

The heart is the first organ to develop in the fetus. The heart is developing at a time when many prospective mothers may not be even aware of their pregnancy thus making it even more challenging. Therefore, it is best to take medicines only in consultation with a qualified health professional. This risk is 3 to 5 fold higher if parents or previous sibling also has CHD.

While CHDs cannot be prevented, the risk can be reduced by avoiding pregnancy at an older age and being mindful of medications and diet during pregnancy. Regular check-up during pregnancy doesn’t prevent CHD, they enable early diagnosis which is essential for proper planning and reducing the risk of future complications. With advances in the field of fetal ultrasonography, it is even possible to diagnose CHD as early as the fourth month of pregnancy. This early detection proves instrumental in planning the pregnancy, delivery, and management of the baby after birth.

How do patients with CHD present?

Based on the severity of heart disease the child may present CHD at birth or in the first week of life. Echocardiography, an ultrasound of the heart, is the test to confirm CHD but is not widely available. Checking oxygen saturation after 24 hours of birth using a widely available pulse oximeter is a cheap andextremely useful method to detect serious CHDs. Oxygen saturation of less than 92% is highly indicative of CHD and warrants assessment by a pediatrician or pediatriccardiologist. A lot of state-level efforts, such as Hridyam in Kerala, are underway to improve the detection of serious CHDs soon after birth.

The common signs and symptoms of CHD include poor feeding, fast breathing and heart beating, frequent chest infections, fatigue, and failure to gain weight. Children with CHD may find it difficult to play with peers. Bluish skin, nails, lips, and tongue discoloration is yet another finding seen in children with CHD. Some CHDs may cause no symptoms and present only as abnormal heart sounds commonly known as a murmur. The presence of any of these symptoms or murmur should prompt a detailed evaluation. While waiting for an opinion from a pediatric cardiologist, the treatment of the child should be guided by the pediatrician.

What to do if your child has CHD?

Most importantly, don’t panic! Unlike in the past, most CHDs can be effectively treated although the majority require surgery. With timely detection and treatment, children with CHD can live a near-normal life. Once diagnosed, the pediatric cardiologist guides the treatment. The parents also have a key role to play, not just in following the advice from the doctor but also in ensuring good dietary intake and hygiene of the child. Besides improving the outcomes of surgery, active participation from parents also enhances close coordination between various team members treating the child.

Mending an abnormal heart with CHD by heart surgery or intervention requires highly skilled health professionals. Besides other challenges, finances also pose substantial challenges in the delivery of quality care to children with CHDs. With the shifting focus on healthcare, various government schemes such as Aysuhman Bharat, Janani ShishuSuraksha Karyakram (JSSK), Rashtriya Bal SawasthyaKaryakram (RBSK), and others have provided a much-needed boost to pediatric cardiac care in India in recent years. The support from these schemes is changing the fate of millions of children with CHD annually. The lack of private insurance coverage for CHDs continues to remain a challenge and an unmet need.

What happens after CHD is treated?

Thanks to countless health professionals, the outcomes of CHD have drastically improved in the last few decades. Nonetheless, even after the treatment of CHD, a long-term follow-up is mandatory. It is not just for heart health but also for informed decision-making about some of the most important life events, such as pregnancy, participation in competitive sports, and employment. With careful follow-up, millions of CHD patients worldwide have led near-normal life.

In short, most CHDs can be treated well to improve duration and quality of life, especially when detected and treated in time. A lot has been done, but a lot remains before we can reach the distant dream of reaching out to each child with CHD. What we possibly need is active parental and societal participation.