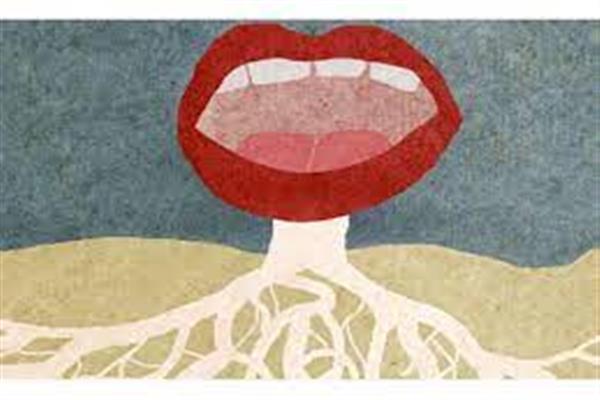 Humans are having a well-defined physical structure; prominent and well-known, but this physical structure contributes just a minute aspect of the entire human personality. It is just a tip of the ice-berg and the submerged part that is huge and lofty is the abstract realities of a Human. These abstract realities need a materialistic face so that these realities can get manifested into this world. Language is the only structure, a medium, a form that reifies all the abstract realities such as thoughts, emotions, ideas, intuitions etc. The torrent of thoughts that our mind is constantly pre-occupied with depends on our language only, because thoughts visit minds in the form of words, a language we have been taught. When we speak a particular language, every abstract reality goes under the limits of that language.

According to the linguist Benjamin L. Whorf, the higher levels of thinking require language and that the characteristics of a particular language actually shape the ways those users of the language think about things. There are two ideas here. One is that thinking requires language; the other has come to be called the linguistic relativity hypothesis. Most of the interest has focused on this hypothesis. In its strongest form, it says that the particular language people use determines how they see the world. Despite the fact that in Kashmiri society all the natives speak the same language, although dialects are so many, still code-switching is a common custom. But if we descry and speculate, Kashmiri language is now limited to the four walls of our domestic privacy. Here the natives treat their first language as something ignominious to speak in public where majority of public belongs to Kashmir itself.
Back in our school days, when we were in our primary grades, it was always treated as scornful to speak kashmiri openly, penalty were being imposed on students if unknowingly they blabber any sentence from their own native language. As a result, all the comrades of our generation except those who were luckily having family members speaking their own native language in a flamboyant manner, were unable to speak our first language fluently and when comes to speak in public places we turned into deadpans, unable to put any emotion into it.
In our society, when a child utters the first word of his/her life it is from a foreign language. Speaking other languages like Urdu is considered as the custom of upper class of our society but now every class has adopted it very firmly, partly because speaking Urdu is considered as something lavish and partly out of a common habit adopted by every single entity in Kashmir.
The families that didn't have a single person as an expert in languages like Urdu or English, teach their children to speak Urdu as their first language, least the natives of Kashmir know that it's consequences are plaintive. Now majority of Kashmiris especially young population are incapable to speak any of the two languages that is Kashmiri or Urdu consummately. On having reached this much far with this code-mixing, code- switching, miss translations and linguistic problems, we must think about its origin and root cause. Is this infinite agony that we have given to ourselves and our language a result of colonized mentality? Is our mentality this much colonized that we have forgotten our true essence? What is more valuable to a community than its own mother tongue? It is the only identity that makes a community unique.
Language is the only medium through which we peep into our age old culture, traditions, values and beliefs. The stories, myths, lullabies, songs, hymns everything are actually treasures of our culture, written and sung in our own language. If our youth is unable to read these pieces of literature, who will carry it to further generations? We should acknowledge the perils of this long-lasting custom. Why speaking Kashmiri is considered as something unconventional and bizarre, why we consider it a kind of language in which our intellectual thoughts cannot be transformed into, why we have kept this language just for domestic use and that too in some households only. Here people have kept this language as keepsake only. Our minds are entrapped by insecurities and confusions caused by the colonizers of all the times. Free minds like Lal Ded and Sheikh Nooruddin Wali embellished their mother tongue by transforming their fantasy into their native language and immortalized it.
Only minds free from all sorts of colonization can produce the magnum opus into their own language. A writer or a poet who is the native of any particular land and writes in his/her own native language is always much revered and loved. One can visualize all the abstract realities of his society into the writings of a writer who writes into his native language. A leader who has dexterity into his mother tongue can gain fame and love of common masses, because a mother tongue has a pathos that arouses the feelings of love and compassion. The nuptial songs, mournful songs if sung in one's native language goes deep into the soul of a person rather than songs sung in foreign language that seems impalpable upon touch. No language can replace ones mother tongue because all our innate tendencies are materialized into it.
If we talk about Kashmiri pandits, they left the valley much before but they have kept their tradition and their language intact. Their children speak fluent Kashmiri than ours and it's quite appreciative because they now live on a land that is estranged to Kashmir and its language. For the last few years, some enlightened Kashmiri youth are trying their best to revive the Kashmiri language and culture and with their continuous effort, some sections of Kashmiri society have acknowledged the importance of Kashmiri language. The need of the hour is to save our mother tongue from getting extinct. Substantial measures are much needed that can help in preserving Kashmiri Language. We as the responsible citizens of this society should try to be more conscious about our native language and must inculcate its importance among the children; this can go a long way in preserving our culture and identity.
(Author is Psychology student at KU. Feedback: syedaafifarizvi@gmail.com)