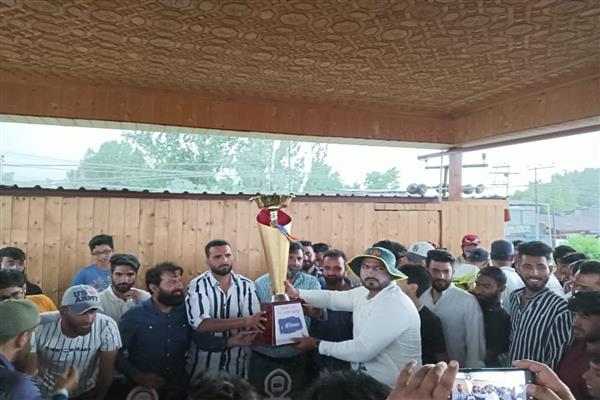 The final match was played between City Hunks led Umer Alam and Blue Stars led by Sajad Ahmad. In this tournament top players of JKCA, and Ranji competed with each other and showcased their talent.

While chasing the massive target of 246, team Blue Stars was clean sweeped  at score of just 196 runs hence defeated by huge magin of 49 runs. Sajad Dar was the top wicket taker for City Hunks , he took 5 wickets.

Adil Reshi was declared man of the match, Amir Sofi scored 50 of just 16 balls which was the fastest in the tournament.

A total of 32 cricket teams across district  Srinagar,  participated in this tournament. The match was live broadcasted through live streaming and commentated  by Khan Raja and who received Guest Of Honour on the occasion.