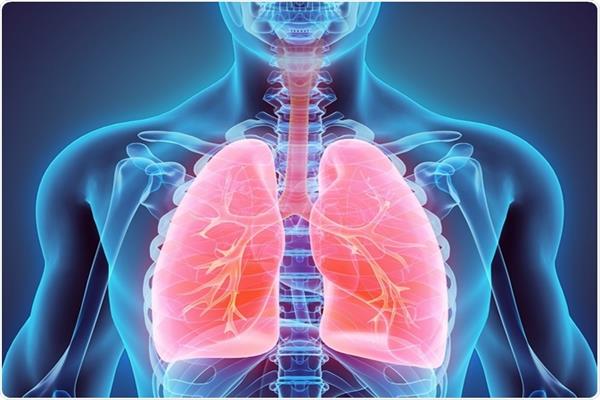 Chronic obstructive lung disease, also known as chronic obstructive pulmonary disease (COPD), is a general term for a group of conditions in which there is persistent difficulty in expelling (or exhaling) air from the lungs. COPD commonly refers to two related, progressive diseases of the respiratory system, chronic bronchitis and emphysema. Because smoking is the major cause of both diseases, chronic bronchitis and emphysema often occur together in the same patient.

COPD is one of the fastest-growing health problems. COPD is responsible for more than 96,000 deaths annually, making it the fourth leading cause of death. Although COPD is more common in men than women, the increase in incidence of smoking among women since World War II has produced an increase in deaths from COPD in women. COPD has a large economic impact on the healthcare system and a destructive impact on the lives of patients and their families. Quality of life for a person with COPD decreases as the disease progresses.

In chronic bronchitis, chronic inflammation caused by cigarette smoking results in a narrowing of the openings in the bronchi, the large air tubes of the respiratory system, and interferes with the flow of air. Inflammation also causes the glands that line the bronchi to produce excessive amounts of mucus, further narrowing the airways and blocking airflow. The result is often a chronic cough that produces sputum (mainly mucus) and shortness of breath. Cigarette smoke also damages the cilia, small hair-like projections that move bacteria and foreign particles out of the lungs, increasing the risk of infections.

Emphysema is a disease in which cigarette smoke causes an overproduction of the enzyme elastase, one of the immune system’s infections fighting biochemical. This results in irreversible destruction of a protein in the lung called elastin, which is important for maintaining the structure of the walls of the alveoli, the terminal small air sacs of the respiratory system. As the walls of the alveoli rupture, the number of alveoli is reduced and many of those remaining are enlarged, making the lungs of the patient with emphysema less elastic and overinflated. Due to the higher pressure inside the chest that must be developed to force air out of the less elastic lungs, the bronchioles, small air tubes of the respiratory system, tend to collapse during exhalation. Stale air gets trapped in the air sacs and fresh air cannot be brought in.

There are several important risk factors for COPD:

(3) Socioeconomic class: COPD-related deaths are about twice as high among unskilled and semi-skilled laborers as among professionals.

(4) Family clustering: It is thought that heredity predisposes people in certain families to the development of COPD when other causes, such as smoking and air pollution, are present.

(5) Lung infections: Lung infections make all forms of COPD worse. In the general population, emphysema usually develops in older individuals with a long smoking history. However, there is also a form of emphysema that runs in families. People with this type of emphysema have a hereditary deficiency of a blood component, an enzyme inhibitor called alpha-1-antitrypsin (AAT). This type of emphysema is sometimes called “early onset emphysema” because it can appear when a person is as young as 30 or 40 years old. The risk of developing emphysema for an AAT-deficient individual who also smokes is much greater than for others.

The first step in diagnosing COPD is a good medical evaluation, including a medical history and a physical examination of the chest using a stethoscope. In addition, the doctor may request one or more of the following tests:

Using a spirometer, an instrument that measures the air taken into and exhaled from the lungs, the doctor will determine two important values: (1) vital capacity (VC), the largest amount of air expelled after the deepest inhalation, and (2) forced expiratory volume (FEV1), the maximum amount of air expired in one second. The pulmonary function test can be performed in the doctor’s office, but is expensive.

Chest X rays can detect only about half of the cases of emphysema. Chest X rays are rarely useful for diagnosing chronic bronchitis.

Blood may be drawn from an artery (more painful than drawing blood from a vein) to determine the amount of oxygen and carbon dioxide present. Low oxygen and high carbon dioxide levels are often indicative of chronic bronchitis, but not always of emphysema.

Tests for cause of infection:

If infection is present, blood and sputum tests may be done to determine the cause of infection.

The precise nature of the patient’s condition will determine the type of treatment prescribed for COPD. With a program of complete respiratory care, disability can be minimized, acute episodes prevented, hospitalizations reduced, and some early deaths avoided. On the other hand, no treatment has been shown to slow the progress of the disease, and only oxygen therapy increases survival rate.

• Bronchodilators: These agents open narrowed airways and offer significant symptomatic relief for many, but not all, people with COPD. There are three types of bronchodilators: Beta2 agonists, anticholinergic agents, and theophylline and its derivatives. Depending on the specific drug, a bronchodilator may be inhaled, injected, or taken orally.

• Antibiotics:  Antibiotics are frequently given at the first sign of a respiratory infection, such as increased sputum production or a change in color of sputum from clear to yellow or green. To prevent pulmonary infection from viruses and bacteria, people with COPD should be vaccinated against influenza each year at least six weeks before flu season and have a one-time pneumococcal (pneumonia) vaccine.

• Lung volume reduction: These procedures remove 20–30% of severely diseased lung tissue; the remaining parts of the lung are joined together. Mortality rates can be as high as 15% and complication rates are even higher. When the operation is successful, patients report significant improvement in symptoms.

COPD is a disease that can be treated and controlled, but not cured. Survival of patients with COPD is clearly related to the degree of their lung function when they are diagnosed and the rate at which they lose this function. Overall, the median survival is about 10 years for patients with COPD who have lost approximately two- thirds of their lung function at diagnosis.

(Author is General Practitioner and can be reached at mir.muzaffar@yahoo.com)