According to UNESCO, India is home to 8 million children with disabilities, and 45% of them fail to attain literacy 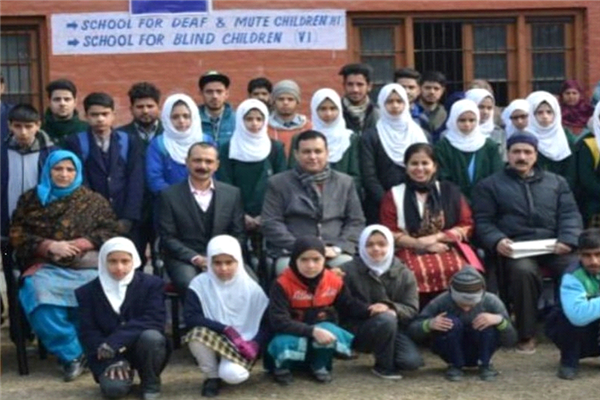 The number of children with disabilities globally is estimated at almost 240 million, according to a new UNICEF report.  Fifteen per cent of the world’s population – at least one billion people – have some form of disability, whether present at birth or acquired later in life and nearly 240 million of them are children and are the world’s largest minority with various disabilities. This estimate is higher than previous figures and is based on a more meaningful and inclusive understanding of disability, which considers several domains of functioning, including those related to psychosocial well-being. This figure is increasing through population growth, medical advances and the ageing process, says the World Health Organization. (WHO). Eighty per cent of persons with disabilities live in developing countries, according to the UN Development Programme. Three-fourths of the children with disabilities at the age of five years and one-fourth between 5-19 years do not go to any educational institution. It said only 61 percent of CWSNs aged between 5 and 19 are attending educational institution.

Unified District Information System of Education (UDISE), India has prepared various comparative reports regarding the Children With Special Needs (CWSNs). Some of them are highlighted as below:-

Number of teachers trained in India to teach CWSNS in 2020-21:

The above information revels that number of CWSNS enrolled in J&K during academic session 2020-21 is as under:

It is important to mention here that J&K is having only 08 schools for CWSNs with two Higher Secondary Institutions, one at Srinagar and other at Jammu. All the eight schools are Private Unaided.

The above figures reveal:-

Enrolment of CWSNs in Kashmir Division:  13,689   , Higest in District Baramulla.

Enrolment of CWSNs in Kashmir Division:    9,047   , Higest in District Rajouri.

UDISE report for 2021 revels that only 22,736 CWSNs are enrolled in various schools in J&K so there is a gap of 78,692 CWSNs. The concern needs to be clarified.

(Author is a regular writer for this newspaper and served as Incharge (Principal)-Higher Sec Institution for Inclusive Education, Srinagar and can be reached at specialachivers78@gmail.com)