In the coal mines of north east India, it is cheaper to use men, especially boys, than it is to use machinery. The Government of India has established multiple laws prohibiting child labour, yet no one seems to care 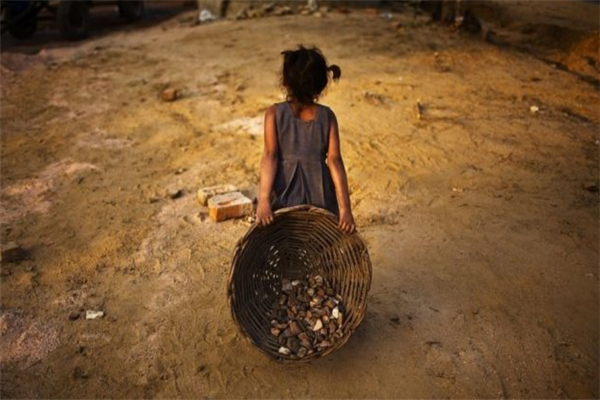 Children have always been an under-discussed and under-spoken topic in Indian society. "Children are the world's most valuable resource and its best hope for the future," remarked JohnF. Kennedy. Children are humanity's greatest gifts, and they must always be preserved. Children, even at such a young age, require education, as well as mental and social development, which forms the foundation of their lives. Our society's children should be raised in an environment that allows them to develop into better human beings. Child labour, for example, deprives these young minds of all options and pulls them down a path of pain and despair. Despite the fact that there are numerous regulations prohibiting children from working, the number of children working continues to rise.

Child Labour in India: Unfortunately, We have the world's highest number of child labourers. According to the 2011 census, India has approximately 10.1 million child labourers, 5.6 million men and 4.6 million girls. According to UNICEF, the number of cases of child labour in India has increased by 54%. According to the CRY foundation, every 11th child in India between the ages of 5 and 18 works, and the number of children working has climbed by 37%, with rural areas accounting for 80% of child labourers. These startling numbers indicate that the problem is far worse than is often acknowledged. Children in India, particularly those from rural areas, are compelled to work in dangerous factories, as domestic assistance, selling items in shops, and a variety of other activities that are inappropriate for young children. The most hazardous part is when these boys and girls are forced to engage in illicit activities such as drug selling, prostitution, forced begging, stealing, and a variety of other illegal activities that badly impact the children and leave a lasting scar when they grow up.

According to India's National Human Rights Commission, around 40000 minors are abducted for sex trafficking, with over 11000 remaining untraced. According to a report by the National Commission for the Protection of Child Rights, nearly 90% of children working in fireworks manufacturers have been diagnosed with asthma, eye problems, or tuberculosis. Many of them had also been abused psychologically, physically, and verbally. Many youngsters forced to engage in criminal activities such as drug trafficking and prostitution have been reported to suffer from significant despair and anxiety, as well as a lack of confidence, sleeping difficulties, and a variety of other issues that jeopardize the child's development. The Supreme Court declared plainly in the landmark case of MC Mehta vs State of Tamil Nadu & Ors that child labour should not be performed and established rules for the work that children should not be undertaking.

There are a number of reasons why child labour is on the rise in India. The next are the primary causes of child labour:

Poverty: For many years, poverty has been the leading source of child labour. Rural families are so impoverished that it is difficult for them to make ends meet most of the time; as a result, when their children are a bit older, they send them to factories or other places where they can work and earn money for the family. The majority of families do not have enough money to take their children to school to receive a quality education. This obliterates their youth and denies them their access to an education. The case of MC Mehta vs. State of Tamil Nadu examines the link between poverty and child labour.

Uneducated families: The children's families are illiterate, and as a result, they do not understand or appreciate the importance of education in one's life. They believe that education would not bring them anywhere, and that only hard effort will aid them in their lives. This limited way of thinking denies young children their rights and contributes to child labour.

Limited access to education: People in rural places may not consider education to be a characteristic that is required. Furthermore, the number of schools and institutions in their area is limited, making it more difficult for these children to obtain an education.

Lure of cheap labour: Children are kept in industries and other places for a very low price. Many places do not provide money to the children instead of meals and a place to stay. This benefits families in that they do not have to spend money on the child while keeping their home operating. Because children are less expensive to raise than adults due to their age and a variety of other variables, more children are kept, which supports child labour.

We have enough regulations to protect minors from forced labour that each of us should be aware of, here are some of them:

Article 24 of The Constitution of India: No child under the age of fourteen years shall be employed in any industry or mine, or engaged in any other dangerous occupation, according to Article 24 of the Indian constitution. It is expressly stated in this article that it is unlawful to employ children under the age of 14 in any hazardous factory or other location.

Abolition of child labour act, 2018: The Act makes it illegal to employ children under the age of 14 in hazardous activities that are listed in the statute.

The Factories Act, 1948: The Act makes it illegal for children under the age of 14 to work or be employed. This act also imposes appropriate restrictions on children aged 15 to 18 who work in factories.

The Mines Act, 1952: This law makes it illegal for anyone under the age of 18 to work in a mine. Mines can be an extremely dangerous location where people can lose their lives, hence children should not be forced to labour there.

The Juvenile Justice (Care and Protection) of Children Act, 2000: Anyone who employs a child under the age of 14 in a dangerous factory or environment commits a criminal under this statute.

The Right of Children to Free and Compulsory Education Act, 2009: This act makes it essential and compulsory for children aged 6 to 14 to have a free education. This means that children are unable to work since they must finish their schooling.

Solution to Child Labour: India has the highest number of child labourers in the world, which should concern every Indian citizen. If certain appropriate efforts are done, our country can reduce and eliminate child labour. India has numerous laws to protect children from being forced to work, but the country's implementation is inadequate. According to an article in India Today, child labour violators get away with it because just 25% of cases result in a conviction. With such rules in place, criminality and injustice against children are only going to rise. To eliminate child labour, individuals must first be informed about these children's rights, which include the right to not work in a dangerous factory and the right to compulsory schooling. The more people who are aware of the situation, the easier it will be to save the children from being exploited and to prevent more children from working at such a young age. The government should form a commission to educate these children's parents and help them realise the importance of education in one's life as well as the detrimental effects of child labour on youngsters. The government should also form a commission to inspect the employees in various workplaces and mines where minors are more vulnerable to child labour. The government must take harsh measures against those who promote child labour. Once the government begins to take harsh measures, additional factory owners and persons who engage in child labour will be forced to comply with the law.

The government cannot progress toward development if children continue to be exploited and denied their fundamental right to education. Every state's police force needs to be more aware of and periodically check on crimes against children, particularly those that occur in factories and other hazardous environments. Furthermore, citizens of the country must be warned of the dangers of employing young children as domestic assistance or car cleaners, even if they claim to want to help and earn money. People need to speak out against restaurant and small dhaba operators that employ young children to work and serve meals to guests. The most important thing is that educated people are aware of the negative consequences of child labour. With the aforesaid remedies, child labour will be reduced one day, and India will be a child-free country.

Denouement: The problem of child labour is not new, but the approach to dealing with it needs to evolve in order to effectively reduce the number of children working. Child labour has a negative impact on a child's mental, social, and physical development, and as a result, such a crime against children should be halted promptly. "What is done to children, they will do to society," Karl Menninger observed. We must safeguard these children at all costs in order to make the world a more peaceful and habitable place.

(The Authors are Law Graduates and can be reached at shubhamsharma416@gmail.com)