The Chief Secretary emphasized on the need to protect the interest of the public by setting up a robust ecosystem in J&K. 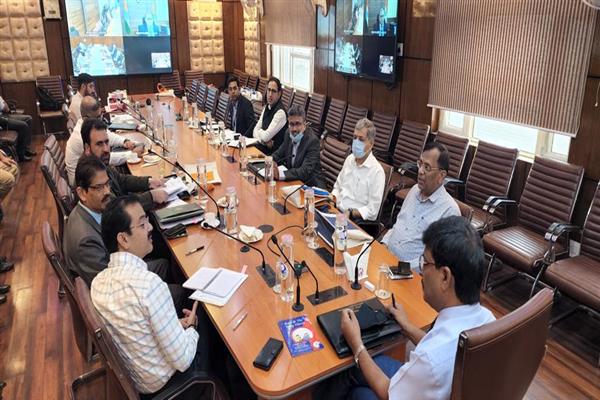 Reserve Bank of India convened the 32nd meeting of the Union Territory Level Coordination Committee (UTLCC) yesterday on 21st July, 2022. UTLCC is a platform for inter-regulatory and inter-institutional coordination on issues related to unauthorised deposits, frauds, the sharing of Market Intelligence.

The Chief Secretary emphasized on the need to protect the interest of the public by setting up a robust ecosystem in J&K. Apart from reviewing the status of action taken against certain delinquent entities, the meeting covered issues of the early framing of rules under BUDS Act 2019 in J&K, conduct of more frequent Sub-Committee meetings, timely closure of cases, sharing of Market Intelligence among  key stakeholder among others. The Chief Secretary also set a timeline for roll out of BUDS Act 2019.

From the Reserve Bank of India, Shri K.P.Patnaik,  Regional Director addressed the participants through VC. He highlighted the menace of unauthorized digital lending apps and  the need for greater awareness programmes for public.

Shri Akshay Labroo, Director, Information and Public Relations and participants from SEBI, ICAI among others also attended the meeting.