Cancer is curable if detected early 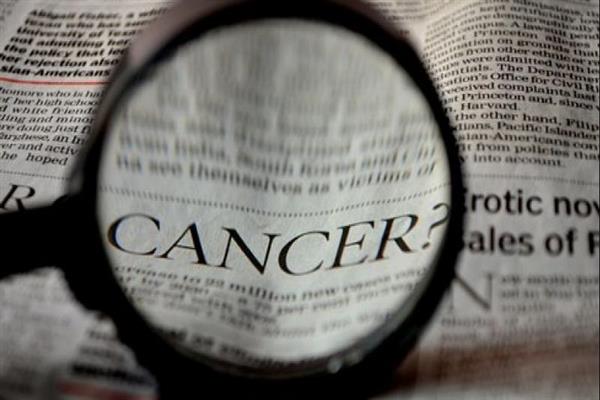 Every year November 7 is observed as Cancer Awareness Day in India in order to spread awareness about the preventive measures to decrease the cancer rates and also to educate the common public about the need for early detection and proper treatment of cancer to increase the cure rates. However, there is a lot of misinformation about the cure rates of cancer in today’s era of information technology.

Is cancer curable? Why is there no cure for cancer? Can modern medicine cure cancer? As medical oncologists, these and other related queries are some of the most common questions we are asked on a daily basis in our routine Oncology practices.

Despite the decades of progress and multiple successes in the field of oncology, the belief persists that cancer is an incurable disease. Social media and at times the unreliable sources of print and electronic media is full of false claims and misinformation about people claiming to have found methods to "cure cancer" when it is already a curable disease if detected early and treated properly at proper oncology centers.

What is the cure rate of cancer overall?

With proper medical therapy and multimodality care, it is estimated that two-thirds of cancer patients will be cured completely in the current era if detected early and treated rightly. Two out of three patients with cancer will be completely cured of their illness.

On the other hand, people hear more often about "deaths due to incurable cancer" which leads to the incorrect misconception that cancer is not curable and always causes death.

What is the cure rate of some common cancers?

However, it is important to be vigilant about cancer symptoms so that the cancer can be picked up at an early stage. Some cancers are becoming chronic lifelong diseases like multiple myeloma and chronic myeloid leukemia and are potentially curable with lifelong medications.

Most of the "incurable" cancers are cancers that are missed and diagnosed at late stages when the disease has spread (metastasized) throughout the body.

Below are some examples of proposed survival years for some common cancers if detected at an early stage.

The 3-year estimates for survival are:

With the time-tested chemotherapy regimen of ABVD even the cure rates in advanced Hodgkin’s Lymphoma are in the range of 40-60% along with Hematopoietic Stem Cell Transplant or BMT wherever indicated.

Multiple Myeloma is a cancer of old age. Its incidence is rising globally and so is in our part of the world as well because of increase in longevity and other factors. Lot of progress and advances in the treatment of Multiple Myeloma over last 2 decades in the form of targeted drugs especially Bortezomib and repurposing of old Immunomodulatory drugs like Thalidomide and Lenalidomide and introduction of Hematopoietic Stem Cell Transplant (Auto Stem Cell Transplant) have markedly changed the prognosis and outcome of Multiple Myeloma from an Incurable cancer to a chronic disease like any other non cancer chronic disease in modern medicine.

With a vigorous treatment approach a fraction of patients can be potentially cured. The example of Indian origin Canadian actress Liza Ray is there for all to know about the prognosis of Multiple Myeloma in the present era. The actress played a leading role in few Bollywood movies and was diagnosed with Multiple Myeloma in 2009-2010. She was successfully treated with chemotherapy and Stem Cell Transplant. She got married in 2016 and has restarted her acting career in the film industry and lives a happy life as a cancer survivor.

Breast cancer incidence is alarmingly increasing in all parts of the world because of multiple factors. However, if detected early the cure rates are very high.

Even for patients with advanced stage Breast cancer, the survival has increased dramatically over time and the prognosis of metastatic breast cancer (Stage IV) has been dramatically improving worldwide.

Chronic Myeloid Leukemia or CML is one of the commonest Chronic Leukemia (a type of cancer involving blood cells). A disease of elderly presents in 3 phases. Chronic phase is seen in 80-85% of patients, accelerated phase in nearly 10-15% and blast crisis phase in around 5%.

The introduction of oral drug Imatinib in early 2000 changed the face of the disease from an incurable one to a curable cancer. Nearly all patients of CML in chronic phase live a normal life and have almost similar life expectancy as their healthy normal counterparts. With the introduction of newer oral targeted TKIs like Nilotinib, Dasatinib and many more, the long-term cure rates for CML are expected to increase further.

The incidence of colorectal cancers is rising at rapid rates. What is more alarming is that the disease is affecting more and more young people. However, the chances of cure are high if diagnosed at an early stage. Cure rates for stage I and II colorectal cancer are as high as 85-95% and for stage III the cure rates touch around 60-70%. Stage IV is considered incurable, however long-term survival in metastatic colorectal cancer has improved with a multimodality approach of surgery, chemotherapy, targeted treatment and radiotherapy. There are limited cases of stage IV colorectal cancer which can be cured with a combination treatment approach.

Lung cancer is the most common cancer in men in India and in J&K as well and is number one killer cancer among men throughout the globe. However, the prognosis dramatically improves if detected at a very early stage. While lung cancer is unfortunately often diagnosed at advanced stages (75-85% cases), early detection is possible and is associated with dramatic cure rates. The overall 5-year survival rate in lung cancer is around 17%. If treated at an early stage the 5-year survival rates in localized disease are 55-65%, which is a promising outcome in this disease.

Testicular cancer is among the most common cancers of adolescent boys and young men. It is a highly curable cancer and cure rates even at advanced stages are typically more than 50%.

Who can forget the American cyclist Lance Armstrong who won 7 gold medals for cycling after he was treated for metastatic testicular tumour in 1994? Unfortunately, later on he was stripped of those medals because of doping charges. He currently lives a healthy life and runs various charity programs for cancer care. Back home is the example of celebrated cricketer Yuvraj Singh who is cured of a germ cell tumour of mediastinum and is presently active in spreading awareness about cancer.

The scenario at SKIMS, Srinagar

The SKIMS is striving hard to deal with the rising incidence of cancer in J&K, particularly in Kashmir. The only available tertiary care centre, SKIMS, has near optimal infrastructure available to treat various cancers as per the international standards.

However, SKIMS needs to grow further and beyond and create newer facilities to individualize cancer care to catch up with the changing and latest therapeutic advances available. Besides, it needs to generate time tested facilities for public awareness about the cancer and emphasizing more on the preventive aspects in collaboration with the departments like Community Medicine and IT/EC in sync with various agencies of the government of J&K.

The concept that cancer is a disease without cure is an obsolete idea today. In the modern era, cancers are associated with high cure rates when diagnosed at early stages. Even advanced cancers have shown dramatic improvements in prognosis over the years. The need of the hour is to destigmatize cancer and shun the age-old societal taboos of cancer as a curse.